Today we have the blog tour of HOT SPELL by Mia London & Susan Sheehey! Check it out and grab your copy today!! 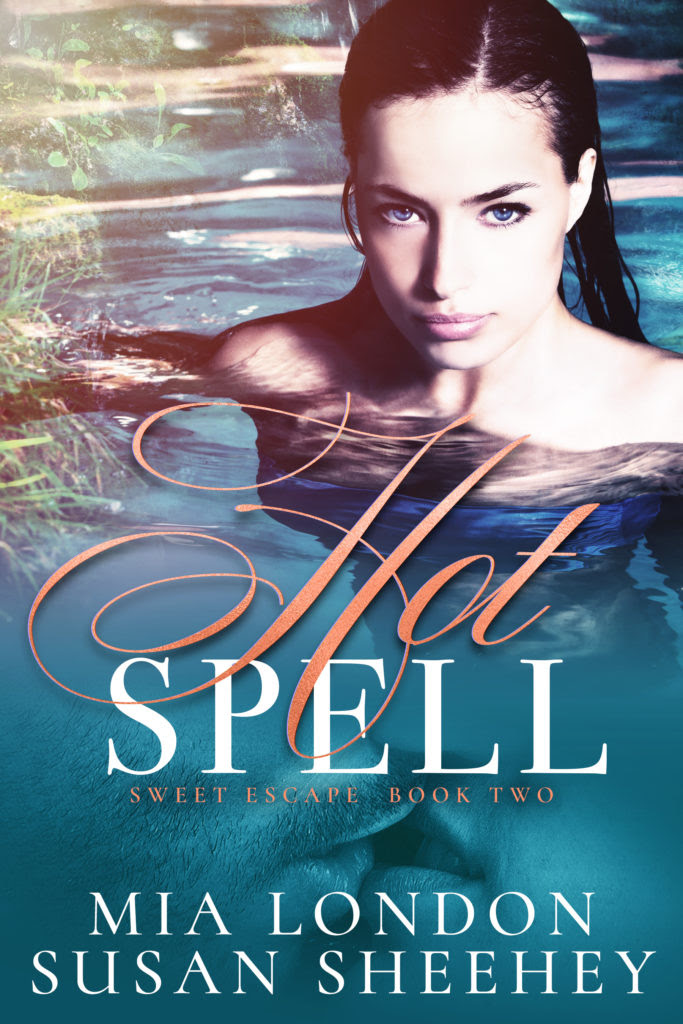 About Hot Spell:
She never trusted love. He never believed he’d be worthy.

An emergency vacation at a luxury Mexican resort is a foolproof pick-me-up for Jordan Beck’s broken-hearted bestie. Former Olympic-hopeful, Jordan has planned a getaway worthy of a perfect score: nightly parties, exotic drinks, and sandy beaches. She never expected to find perfection in the resort’s emerald-eyed bartender.

Life’s a gift to Zac Durant, and he’s determined to live it to the fullest. Tending bar at a resort is a small price to pay if it means he can scuba and surf every day in paradise. He’s content—until a Latina beauty struts across his pool patio and orders his best drink. Although Zac isn’t the kind to hook up with guests, he can’t resist the petite sexy woman who makes his world flip cartwheels.

This sensual interlude in paradise should be just a vacation fling, but sparks explode into fireworks, and they are tempted to believe it’s something real. When the illusion of perfection fades, Jordan must decide if love is worth a shot at the gold.

Zac pulled his shirt over his head to don his scuba gear, giving Jordan the first glimpse of his bare chest.
Damn. Poseidon, indeed.

She was thankful she was still sitting, because that man could knock her over faster than any wave.

He strapped the BCD vest to his chest, and grabbed his flippers and mask. Then held out his hand. “You ready to go, buddy?”

“Every day of the week, and twice tonight.”

He grinned, a slight blush gracing his cheeks that had nothing to do with the sunshine.
They jumped off and went under together.
The second the water closed overhead, the world silenced. The only thing she could hear was the slow intake of air through her regulator, and her own heartbeat. Bubbles danced to the surface on exhale, and she watched them climb to the obscured sunlight above.
On the way down, she plugged her nose and equalized the pressure through her ears, repeating the same motion every ten feet. The water cooled the farther down they went. At the bottom, the sand was a light gray spotted with gnarled coral, blending in with the rocks.

Zac rapped on his tank a few times to get her attention.

Even with the mouthpiece, she noticed his smile because his eyes narrowed slightly through the mask. The water couldn’t mute those jade irises.

Her breath caught. Amplified by the sound of the air tank.

Zac motioned forward toward the rest of the group. He let her swim ahead, him keeping back at an arm’s length. He’d probably done this dive a hundred times. His job was not just to be her buddy, but keep the group together on the tail end. Make sure no one got lost. She thought there was nothing like the feel of the water enveloping her like a blanket, weightless and freeing.

She was wrong. Zac’s presence behind her on this adventure of freedom amped up her excitement.

Light glinted off the abundant fish in a flash of silver, but they skittered away when she came near. A few yards ahead, a moray eel peeked out from a hole in the rocks.
Zac slipped his fingers in hers, and squeezed. He pointed to the other side.
A large manta ray glided along the seabed, the wingspan as large as a loveseat. The white spots on its dark back reminded Jordan of her mom’s Australian Shepherd, Brandy. They floated along, keeping up with the group at a short distance. The guests veered around a bend in the rocks. Zac’s hand slid up the back of her knee along her thigh. She turned her head, and let her feet drop, so she floated vertically.
His hands skimmed across her hips, smooth and cool.

Then he removed his mask.

Her breathing escalated. What the heck is he doing?

He blinked against the water, and took one last breath on his regulator. Then pulled it out, letting it float beside him. He motioned for her to do the same.

She took another breath, and pulled it out.

He tugged her toward him. He wrapped his ankle around her calf, and cradled her neck in his hands.

His lips touched hers, soft and gentle. Then he brushed his tongue against her seam, and she opened for him.

His hot mouth melded with hers, countering the cool water against her cheeks.

Nothing was as hot as the heat pooling between her thighs.
The salty sea mixed with his own taste, and she wanted more.
Jordan deepened the kiss, as much as she could with her mask still in place. But Zac pulled back.
He put the regulator back in his mouth, and took a deep breath.
She did the same. Her pace was faster like he’d taken her remaining air with that kiss. Bubbles came out of his unit faster, too.
She grinned against the mouthpiece. She’d taken his breath away, as well. 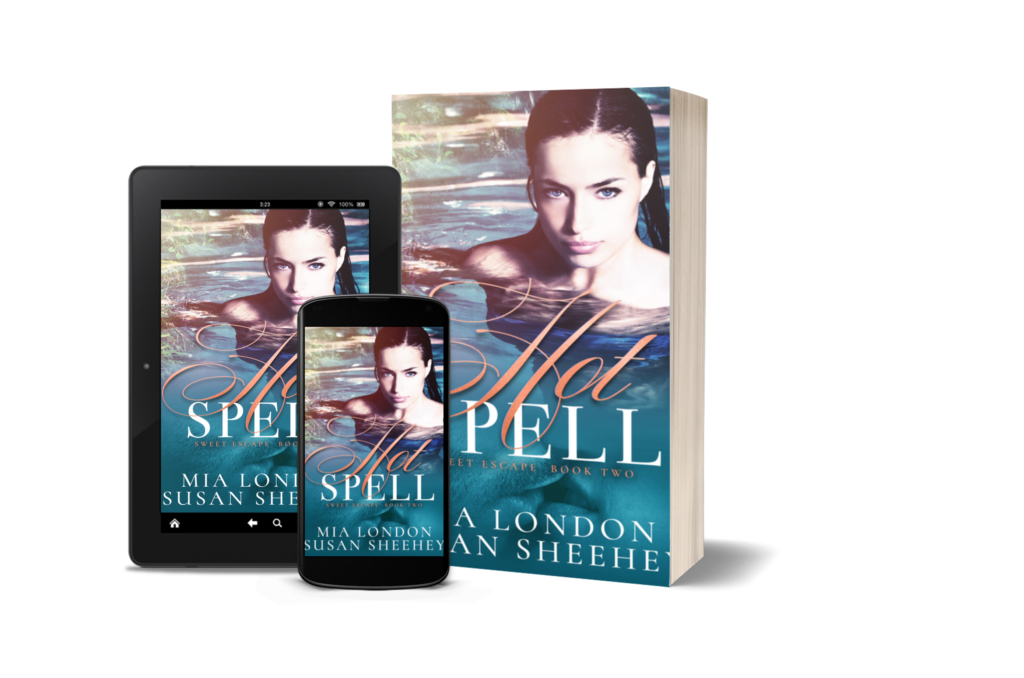 Get Your Copy Today!

Three best friends find love, laughter, and lots of trouble during their annual girls’ trips. On these getaways, all-inclusive takes on a new, steamy meaning.

Susan Sheehey writes contemporary romance, romantic suspense and women's fiction. The Knights of Texas series (contemporary romance novellas) is available on Kindle. The Royals of Solana series (romantic suspense & adventure) is available on all e-retailers and in paperback, along with her contemporary romance standalone, Audrey's Promise. Water plays a crucial element in all of her novels, and she's a strong advocate for Autism Awareness. She tried to give up Diet Coke, and it didn't take. When not writing, she's chasing after her two children, and being pampered by her husband in Texas.

She’s been reading fiction for years and finally decided that the images and scenes floating around in her head needed to make it to paper.

She’s a huge fan of romance, highly optimistic, and wildly faithful to the HEA (happily ever after). She’s inspired by most anything around her. And her biggest obstacle is not having enough time to get it all down on paper (or my computer, as the case may be).

Her goal is create a fantasy you will enjoy with characters you could love.

She lives in Texas with her attentive, loving, super-model husband, and her perfectly behaved, brilliant children. Her produce never wilts, there are no weeds in her flowerbeds, and chocolate is her favorite food group.
And then she wakes up.