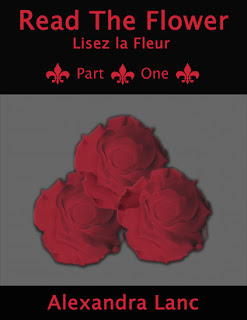 I've loved the Clara Claus books so far. What a departure from her usual genre. I'm excited to read this book when it is released.

Having finally read this YA Novella, I must say I was intrigued. I think Alexandra's writing is fabulous and the story unfolded seamlessly. I love the idea of fan participation and I think that is what sold me on 5 stars vs. 4.5. It is sometimes difficult to review/judge something that is written that is short, but there was so much content in the Novella, you actually could bond with the characters.

I am anxiously awaiting the next part of this book to see what happens between Honore and Lorine. How the changes that are happening to Lorine will affect her going forward and what will become of the two of them. I am still waiting to figure out the twins angle and will be waiting for the next installment.

Hopefully we will find out more about Josh, Lorine's mother and Rick.

Alexandra, thanks for making your dreams a brilliant reading reality.

This was a short story I got from Netgalley.  It is the first time I have been disappointed by a  Slaughter book.  I think that there was just not enough time to bond with the characters.  I'm sure it didn't help that I went in thinking it would be as good as her Grant County/Will Trent series.
It is the story of Pam and her ex-husband John.  Pam was walked all over in life by John and John, who was used to getting his way.  John is now dying and he asks Pam to come out and see him.  It is a quick read and you do get to find out what, if anything, John leave her and how Pam deals with his death.
3 stars


I keep saying I am going to give up on the Alex Cross series and I am always drawn back to it.  The reason why is because when Patterson writes books like this one, I can't wait for the next one to come out.
This book has a lot going on.  There are all different kinds of killings going on and Alex Cross is right there in the middle of it all.  He is going in different directions and has been considering adopting Ava into his family.  Ava has not adjust well after being with Alex and Bree and Nana Momma, but the Cross family is hoping that will change if they just show her some love.
The different plots in this book make for interesting reading and as always you love to hate the characters.  I thought that Ron Judice story was so well played and the shocks that came toward the end of the book were fantastic.  I'm hoping the next book will play off of this book.  I love Sampson and was glad he had some great moments in this book.  The Plastic Surgeon and Bergman also had a very interesting storyline with some twists that were unexpected.

Looking forward to reading the next book in this series.
5 stars 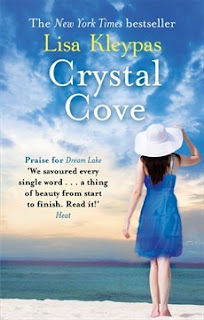 Let me start by saying that I absolutely love Lisa Kleypas. This is the first book of hers that I have read that just is not up to the par that I expect from her. I was a bit disappointed and am having trouble giving the book a star rating. There were some redeeming qualities in the book, but the "magic" in this book just wasn't believable enough for me. I am not sure the foray into the paranormal works in this series. There just wasn't enough of Justine in previous books to warrant it for me.

This is Justine's story. The premise of the book starts off wonderful, but again, I found that parts of it just were not jiving for me. I also thought that there was not enough interaction with the rest of the characters from Friday Harbor. Jason Black was a love/hate relationship and I thought that there was something missing. I absolutely detested Marigold and just felt like she wasn't mother material. I did enjoy the lighthouse scenes and getting to know Sage and Rosemary and exploring what they meant to Justine. The ending was done well so I will have to keep reading this series. The next book comes out in either September 2013 or 2014. I'm not sure because everywhere I look it seems there is a conflict of the date.

For me this book was a 3.5 star rating and I am hopeful that the next book will be back to the Kleypas style I love. 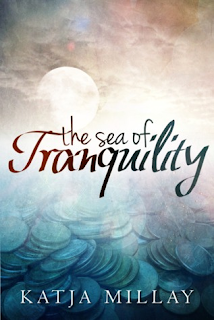 I read this book on the recommendation of others and then talked a few others into doing a Buddy Read with me.

When I first started reading it I had absolutely no idea what to expect, so I went back and read the synopsis of what the book was about once again. I went back to reading and realized I still felt like I was reading the book and all the thoughts about the book were floating above me (I don't know how else to explain it). All I knew for sure was I wanted to keep reading it and find out what was going on. It was frustrating at times because I felt like more questions were popping up and I wasn't getting any answers, but looking back, I realized that this is what made the book compelling to read.

This book is about loss, love and second chances and this author has just made my "MUST READ" list of authors.

5 stars and some applause from me. 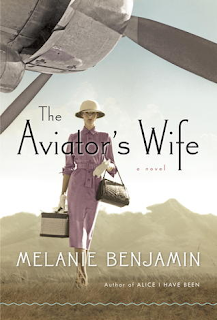 This is the story of Anne Morrow Lindbergh, wife of the famous Charles Lindbergh and daughter to the Ambassador of Mexico (when the book opens).

I found that the beginning of this book dragged a bit for me. It was a bit school girlish. About the time of the kidnapping, the book picked up for me. I am not a fan of weak women who have no mind of their own.

I did enjoy learning more details of the "Crime of the Century" when the Lindburg's child was taken and after that Charles was off charting new things and his view on Germany and Hitler didn't meld with mine.

Anne seemed to always be along for the rides and never really stood up to Charles. I think a big turning point for me was when Anne miscarried and had to do it alone. To think that Charles was probably with one of his mistresses, turns my stomach. I found him to be a recluse and to not really have a kind word to say. I can't imagine in modern day times that a woman would accept this behavior. For some reason, I didn't realize that Charles had 7 other children with other women.

I loved that Anne finally found her inner strength and stood up to Charles, began to live her life and enjoy it. She kept things to herself, especially her affair.

Lastly, I thought that the story of Dwight and also Con was left a bit unfinished as there was so much of them in the beginning of the story and by the end, you could barely remember them.

Overall, I found the book well written, but it tended to drag until the midpoint of the book for me. I would definitey try another book by this author.