COVER REVEAL ~ COME TO ME SOFTLY 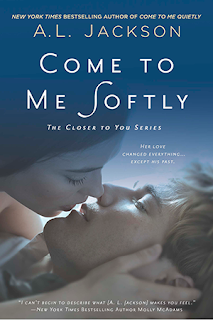 
From the New York Times bestselling author of Come to Me Quietly comes
a scorching new adult romance in the Closer to You series.

Jared Holt never thought he deserved either—until he found both in the arms of Aly Moore. Aly has loved Jared for as long as she can remember, and she’s more than ready for the future they’re making together. But Jared can’t help remembering his own family. And he’ll never forgive himself for what happened to them. How can he allow himself the very happiness he once destroyed?
To live a life worthy of Aly, Jared knows he has to stop running and finally put his past to rest. But when he decides to face his demons head on, he encounters more than he bargained for: a dangerous mix of jealousy, lies, and dishonest intentions. When those intentions threaten Aly, Jared loses all control, giving into the rage that earned him his bad boy reputation years before. And he’ll fight to protect her no matter what it costs…even if he destroys himself in the process.

Excerpt from Come to Me Softly
I gasped when strong. arms wrapped around me from behind. Then I melted when he buried his face in my neck. Jared spun me around and pressed me up against the cool metal of my car door. His hands were on my face, in my hair, slipping down my sides before he brought them back up to force me to look at him. “Thank you.” Desperation poured from him, his hold increasing as he stared down at the shock I felt lining my face. “Thank you for fucking believing in me, Aly. For getting me.”

Fear lashed across his face. Or maybe it was remorse. He swallowed hard, his voice hardened with strain. “I’m scared to think of where I’d be right now without you.”

That fear that had flashed on his face coiled in my stomach. Because I didn’t know where he’d been. Had no idea where the last three months had taken him. How far. How low.

I wasn’t sure I wanted to know.

“You’re here with me now.” I had to believe that was all that mattered.

He grimaced. Gripping my face, he leaned down and kissed me, hard and demanding. There was no soft affection, none of the playfulness from upstairs. This was a seal. A branding. He jerked back. A storm raged in the blue of his eyes. “Don’t think I can’t see all those questions burning in your mind, Aly. And I may not have all the answers right now, but we are going to figure this out. Do you understand me? I promise you that.”

And I saw it all there, the torment that plagued Jared, this beautiful man who had lost his way, the one desperate to find his way home.

Join us for the COME TO ME SOFTY Cover Reveal Party happening all day today! A.L. will be hanging out talking books, boys, and giving away a ton of special prizes from 7:00 am to 5:00 pm MST!
http://bit.ly/CTMSCoverRevealParty


And don’t miss COME TO ME QUIETLY, Book One in The Closer to You Series


From the acclaimed bestselling author of Lost to You and When We Collide comes a new adult novel of one woman’s obsession: a man who’s as passionate as he is elusive—and as tempting as he is trouble.…

Aleena Moore is haunted by Jared Holt. It’s been six years since she’s seen her brother’s best friend, the self-destructive bad boy she secretly loved in high school. As the years pass, she knows it’s time to move on. Time to decide between a practical nursing degree and her true dream as an artist. Time to get over Jared and give another guy a chance…

Just when she opens her heart to her friend Gabe, Aly returns home to find Jared sleeping on her couch. The teenage boy she loved has grown into a man she can’t resist. Covered in tattoos and lost in rage, he’s begging to be saved from his demons—the memories of the day he destroyed his family. As the two reconnect, their passion is hot enough to torch Aly’s judgment. But can she risk her future for a man who lives on the edge of destruction?

“Exquisite, beautiful, poignant…A.L. Jackson is in a league of her own.” S.C. Stephens, #1 New York Times Bestselling Author of Reckless


A.L. Jackson is the New York Times bestselling author of Take This Regret and Lost to You, as well as other contemporary romance titles, including Pulled, When We Collide, and If Forever Comes.

She first found a love for writing during her days as a young mother and college student. She filled the journals she carried with short stories and poems used as an emotional outlet for the difficulties and joys she found in day-to-day life.

Years later, she shared a short story she’d been working on with her two closest friends and, with their encouragement, this story became her first full length novel. A.L. now spends her days writing in Southern Arizona where she lives with her husband and three children. 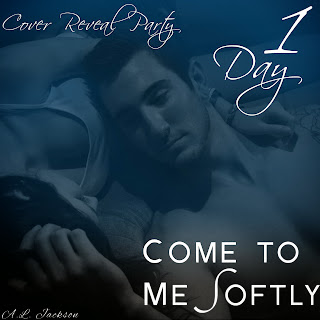 Posted by Jax's Book Magic at 8:06 AM No comments:

COME TO ME SOFTLY BY A.L. JACKSON - COUNTDOWN TO COVER REVEAL (2 DAYS) 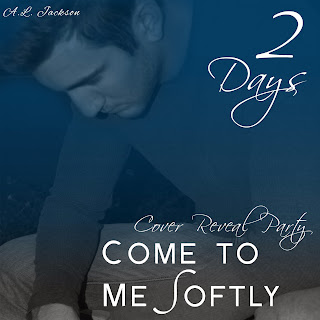 In honor of Veteran's Day, I am currently reading: 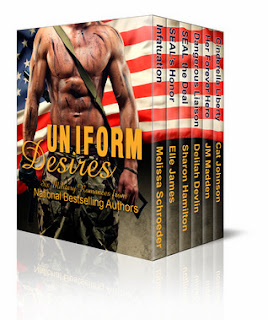 This Military genre is quickly becoming a favorite of mine. Most of the authors are new to me authors, with the exception of J.M. Madden, and I am loving each and every story.

Infatuation by USA Today bestselling author ] Melissa Schroeder
To prove her love and save her man, she has to go above and beyond the call of duty

Cinderella Liberty by NY Times & USA Today bestselling author Cat Johnson
A weekend liberty leads to unexpected passion between a Marine and his best friend's sister, but he must survive seven months in Afghanistan to get back to her.
Posted by Jax's Book Magic at 10:50 PM No comments: 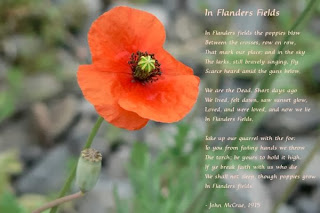 This tradition comes from a battle fought in what is historically referred to as “Flanders Fields”. It was those fields that were mentioned in the first line of one of the most famous poems of World War I, “In Flanders Fields”.

“In Flanders Fields the poppy grow,
“Between the crosses, row on row…”
by Lieutenant Colonel John McCrae, MD (1872-1918) Canadian Army

Remembrance Day, Poppy Day, Armistice Day or Veterans Day (depending upon where you live) is observed on November 11, at the 11th hour of the 11th day of the 11th month. It was on that day back in 1918 when the major hostilities of WWI formally ended. On Remembrance Day people around the world remember the sacrifices by members of the Armed Forces, as well as civilians, in times of war.

To this day, many veterans will wear a red or scarlet poppy on that day to commemorate the day and honor those who were lost in war, that day and every day.

So when you see a poppy, any color poppy, know that the poppy is a symbol of peace and remembrance. Treat it with respect and admire it well. 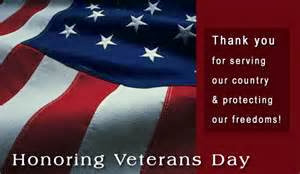 Posted by Jax's Book Magic at 7:37 AM No comments:

Posted by Jax's Book Magic at 8:48 PM No comments: 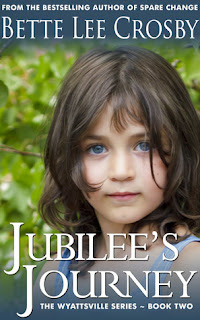 I was among the lucky individuals who received an ARC of this book.

I absolutely LOVED Spare Change and was thrilled there was a sequel to it, Jubilee's Journey. One of the characters in these books is named Ethan Allen and I am so in love with this precious little boy.

This book is written with a wealth of southern charm and the story is fabulous. There is no way you can read this book and not come to care of each and every character. This book has a magical allure to it and as you read it and fall deeper in love with the plot and characters, it is almost like you are in the book with them. I laughed and cried and was thoroughly entertained throughout the entire book.

By no choice of her own, Jubilee is plunked down in Wyattsville on a bench and told by her brother to wait there until he returns. After hours of waiting for her brother, a young boy, Ethan Allen, enters Jubilee's life and this is the telling of Jubilee's story and her faith in her brother.

If you have not read any of Bette Lee Crosby's books, I would tell you that I've enjoyed each and every book that I've read.

Definitely a 5 star read
Posted by Jax's Book Magic at 11:59 PM No comments: 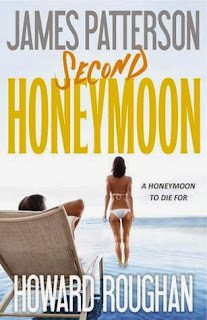 I am absolutely thrilled when I feel like one of Patterson's books are "old school". This book was no exception.

I enjoyed every minute of it and time flew by as I read it.

This is the story of the John O'Hara killers intermixed with honeymooners on their way or on their honeymoon being killed. There were twists abound in this thriller and I enjoyed every last word.

Definitely would suggest reading Honeymoon prior to reading this one. 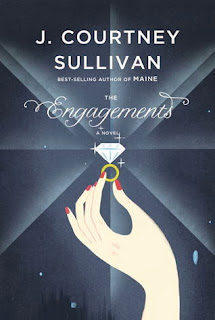 Unfortunately, I just never really got into this book. It is a layered book spanning a period of time and I really did not connect with the characters. The fascination of diamonds had me picking this book up. There were some redeeming qualities and I can tell a lot of research was put into this book, but it just was not my cup of tea. I found it too drawn out and even though everything came together in the end and the relationship were clarified, I just was not intrigued enough with it. 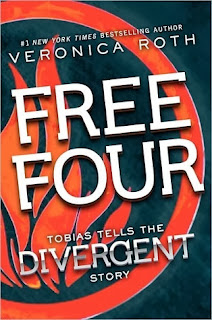 What a great scene to select from Four's prospective.

This was a really quick read and very enjoyable and I loved that it shows a side of Four that we don't get to see a lot of. 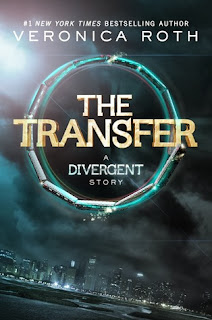 I am so not a fan of novellas, but this one is the perfect accompaniment to [book:Allegiant|18710190], which I am excited to read.

This just gives us a view into why Four choose Dauntless and how he came upon his nickname. Fun, cute, sassy and a quick read. Still struggling with my star review on this book.

I did enjoy this final book in the series. Although I thought there were a few unresolved issues, it was definitely not enough to turn me off of reading the book.

After reading the first chapter I had no idea how anything was going to come together. It was totally mind blowing. The depth of each of the stories and the emotional toll these books took on me was absolutely amazing. There were so many highs and so many lows. Loss, love, forgiveness, cliffhangers. After reading them all I can say is WOW!

I am definitely a fan of this author and this series and will read anything she writes.