After a slow start, the book picked up for me and I was anxious to see the outcome.

The characters were wonderful. I really enjoyed Faith, Pru, Honor & Jack. Faith's father was very sweet. I could have done without Lorena, but Levi was the bad boy you love to hate.

This is the story of Faith who is jilted at the alter by a man she thought she would spend the rest of her life with.

The family dynamic was a little crazy and Goggy reminded me a bit of Grandma Mazur.

Can you fall in love after you have been left at the alter by a man you thought was the love of your life? Can you ever come home?

I love these kind of books, but since it started a little slow I have given it 4 stars. I need half stars since this book was a 4.5 star book.

How much of your life would you give up to help try to prove someone's innocence? This is a story about Megan and her quest to prove her brother is not guilty of a crime he has been sent to death row for.

About halfway through the book I was thought I had figured out the killer but the book continued to play out for me. The killer definitely had 2 totally different personalities.

Thankfully this is a trilogy because way too much was left up in the air and I am having a hard time deciding on a star rating.

The end was definitley fast-paced and a bit scary for me to read at night. 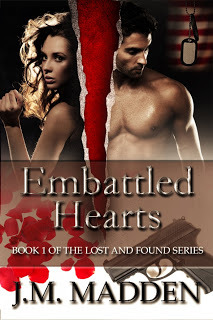 What can I say other than I love books about our military.

This book was rock solid for me. I enjoyed that the characters were war vets and opened their our investigative service called Lost and Found (LNF). The characters all have flaws but are dealing with them in their own way.

Of the three men who founded the agency, Duncan, Chad & John, I was surprised that the book centered around John Palmer. I kind of expected it would be about Duncan. All the same, I loved the book.

If it hadn't been for a friend (thanks Darcy), I never would have picked this book up, so I hope that word of mouth helps this book to be read.

A MUST READ BOOK 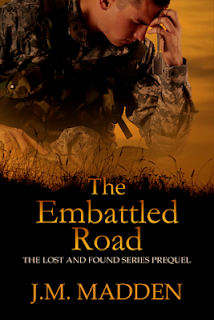 I wasn't prepared to enjoy this book as much as I did. It was recommended by a friend and I am so thankful because I might never have picked it up.

From the start of the books, even as early as the Acknowledgements where the author thanks our military for giving part of themselves to serve out country to the end, I was taken by the book.

This is the story of 3 wounded Iraq war vets who come home shattered and torn and bond while in the hospital. Although I am not a fan of novellas or short stories this one tugged at my heartstrings.

I would recommend this book to anyone and I, personally, have a soft spot for anyone in the military or who has ever served in the military and am active in the American Legion sending care packages (One Box One Soldier) to those who so willing serve to protect us.

A MUST READ BOOK 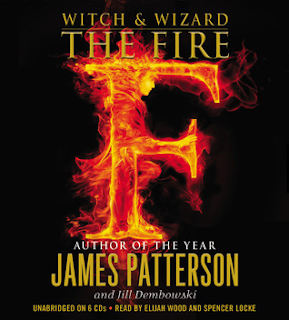 This is just a fun series to read. I am enjoying how it is all coming together. I love the Witch and Wizard aspect to it and the road to get to the end of the journey has been filled with surprises and sadness. There were some new characters introduced in this book. Some that you love to hate and some that melt your heart.

The Wanderer by Robyn Carr

I was really hoping that this series would be as good as her Virgin River series. I wanted to read this book so badly.

I have to say that I was pleasantly surprised and loved the book. There was a bit of set up, but overall, the premise of the series is great. There were a few things that I though were left hanging, but I think with any new series, it is hard to cover everything.

This was a typical Robyn Carr book and I got everything I expected out of it.

It is the story of Cooper who comes to town after his friend, Ben dies. Cooper is a wanderer, hence the title, and he arrives in Oregon and find that Ben has left him a letter. Cooper does not get much direction from the letter, but he tries to do what Ben would have done.

There is a lot of great in this book and I am anxiously awaiting the next book in this series. Job well done!

I listened to this book on audio and loved the sound effects. I was getting a little bored wtih the Alex Cross series, but found this book had a lot to offer and was old school Patterson.

Alex is called out on Christmas Eve to a case and it turns into something much bigger than he imagined. There is a lot of close calls and a few different storylines thrown in

Definitely getting back on track with the series.

I was a bit disappointed with this book. Each child was a chapter in the book and althought I like Hattie in some ways, I didn't care for her in other ways.

This is the story of Hattie, her husband August and her family. I enjoyed some of the stories more than others and just felt a bit dissatisfied with some. I thought that what happened to the children was left up in the air and after all the detail in the book, it just ended abruptly. There were lots of times I felt confused with the story and where it was going. 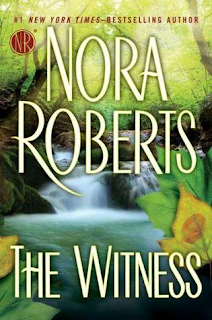 Another homerun for me from Nora Roberts.

I don't know why I waited so long to read this book, but I thoroughly enjoyed it. Her writing style keeps getting better with each book.

There were so many characters in this book that I disliked which made me root for the ones I did like even more.

The story within the story is Steve Jackson who comes to town, has strange and funny things happen to him and wants to look for a Cinderella who fits a shoe.

Cute and fun, quite a bit different from the fairytale version, but with some similarities.

I am really enjoying this series and I think it is a lot of fun to read. Whit and Wisty make the series and The One Who Is The One is crazy. It makes me want to read the next book in the series since these books are always cliffhangers.

The adventures of Whit and Wisty are unique and I love the fantasy aspect of it. Wisty and Whit are trying to discover what powers they have, but no one tells them what they are put gives them gentle hints. It is kind of a save the world book for young adults.