Today we have the blog tour for Say A Sweet Prayer by Jennifer Rebecca! Check it out and be sure to grab your copy today: 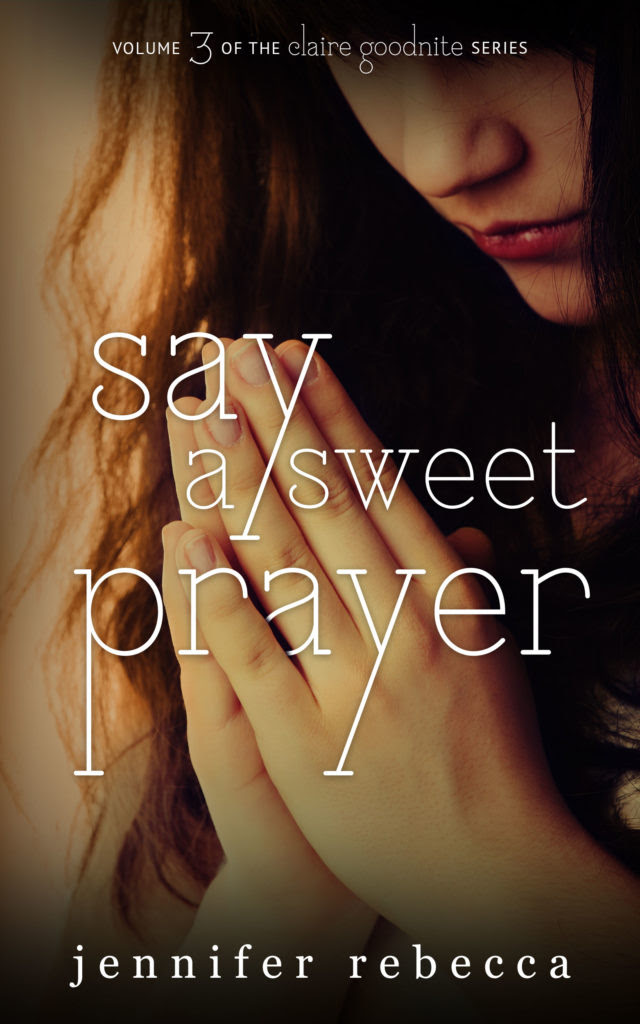 About Say A Sweet Prayer:

The sleepy little New Jersey township has been relatively quiet as plans for the wedding of Claire Goodnite and Wesley O’Connell are in full swing. But when the patrons of the church’s singles group are being picked off one by one and branded with a scarlet letter in blood, Claire and the team put their festivities on hold to track down a killer.

It’s just another case, another day in the life of a police officer until tragedy strikes their small circle of friends. When one of their own becomes one of the victims, how will the group go on? Or more importantly, can Claire survive it?

“So, what’s kicking, ladies?” I ask as I plop into the booth after ordering a turkey and cheese sandwich and a lemonade.

“We were just commiserating, that’s all,” Emma sighs.

“Yeah, nothing you would be interested in.” Anna winks at me. “Besides, what’s new with you?”

“Well tonight is a mandatory family dinner at mom and dad’s, all hands-on deck. Something about wedding prep.” I shrug. “I don’t know.”

“I’m in,” Anna says. “I’ve got a vested interest to not wear anything hideous or polyester.”

“That’s a recipe for disaster but I’ll tell mom you guys are coming.” I laugh. “And back to the original topic, I’m interested in everything you two do. What are we commiserating about?”

“Oh man, I’ve had some doozies. Buckle your seatbelts, girls.” I laugh. “Did I ever tell you about the guy that talked non-stop about his iPhone. It was ridiculous. He had all these extras and a special backpack that connected to his Bluetooth! I couldn’t take it. After we paid the check I left and ignored his calls for four days before he finally gave up calling.”

“That’s nothing!” Emma laughs. The last date I went on asked me if he could suck on my toes. Before the wine was even served!”

“Maybe I want a decent, stand-up guy with a monster dick in his pants,” Emma says with her usual candor. “One who isn’t so free with sharing said monster.”

“That is basically asking for the Chupacabra and Bigfoot to have a unicorn baby and name him squishy,” Anna laments.

“Besides, Claire,” Emma smiles at me to soften the blow. “Your opinion on this subject is now no longer valid.”

“What?” I laugh. “My opinion is always valid. And right too.”

“No way.” Anna winks. “You got your happily ever after.”

“Right?” Emma agrees. “That’s the Holy Grail.” I open my mouth to disagree with them to make them feel better, but I stop myself before the words can come it. It feels like if I lessen the importance of what Wes and I have, even to make my friends feel a little better, that it’s a betrayal to Wes. I just can’t do that.

We’re treading into dangerous territory here, I want to dodge and evade as much as possible. If we tread onto Lee territory at least one of my friends, if not both will end up hurt and broken. My brother is a great guy and I love him with all my heart, but he’s a grade A asshole with women and he always has been. I’m pretty sure I was up front about that with both of my friends and they both jumped on his magic stick hoping for the best.

“Holy shit!” I laugh. The kid delivering our baskets of sandwiches and chips looks a little shell shocked obviously having caught part of our conversation. He drops those baskets and beat feet out of there. “Feet? But is that as bad as the guy I hooked up with from the station and two days later he’d had a case of guilty conscience and told his girlfriend in Maryland about it. She kept messaging me on social media to tell me what a whore I was. But I didn’t even know he had a girlfriend! If anyone was a whore, it was him and not me. At least he transferred to a Maryland department shortly after.”

“I’m pretty sure he didn’t make that choice on his own,” Emma says vaguely.

“Oh, I know. Liam told him he should strongly consider moving closer to his girlfriend for his own personal safety. I hear they’re married, have roughly seventy-five children, and he fucks anything that breathes.” I shrug. “Not my problem and it never was. He was a one off.”

“I never got how you could be so cavalier about relations,” Anna chimes in.

“I never wanted to get attached. Men do it all the time, why should I have been any different just because I have boobs and a vagina?” Too late, I realized my mistake. There was no way I could back pedal and not look like an asshole so Emma and I just stay silent while we watch Anna’s face crumple.

Why couldn’t I have just kept my fucking mouth shut?

“It’s so stupid,” she says, wiping her eyes with her fingertips. “It was one night, I knew he was only ever going to give me one night, I had just hoped . . .”

“The fuck it is!” Emma thunders. “He is such an asshole.”

“No, he’s not and you know it. He’s a great guy.” Anna takes a deep breath before pressing on. “I just need to let go, and I know it. But it’s so hard and I want him so bad. You know what they say?”

“You can’t always get what you want,” Anna answers.

“Or maybe we want the things that are bad for us,” I say softly to Anna but really, to both of them. I love my brother and shouldn’t speak ill of him, but he is toxic for both of them and they can do so much better.

“I do,” she says quietly. “And it’s okay. I love him enough that I want him to be happy. I want you to be happy too.”

“Are you?” she asks in her quack voice. Man, I hate when she turns those questions on me. It feels pretty good to see her point them at someone else for a change. I know that if I could see my face I would see a gleefully smug smile on my face. It’s a little evil of me and I’m pretty okay with that.

“I’m happier without him than I would ever be with him. If he was so great he wouldn’t be doing this—to either of us. He would just ride off into the sunset with you and live happily ever after,” Emma explains her reasonings and I have to say, her logic is pretty sound.

“Only in my dreams.” Anna sighs. “I just wished that I was enough, you know?”

“If anything,” Emma snaps. “He’s not good enough for you.”

Anna shoots Emma a watery smile. “It’s sweet of you to say. And I do appreciate it, but we all know that it’s true. Sometimes, I just don’t feel like I belong, you know? With you guys and Wes and Lee. Everyone is this badass with a gun, not afraid to get down and dirty with crime and I’m just . . . me.”

“Don’t let that dick make you feel like you don’t fit in because you do,” Emma practically shouts. I can hear the tension in her voice, the strain of this love triangle is really getting to her.

“You don’t have to,” I say but I know we all have to get back on the clock soon. She shoots me a watery smile before standing up and clearing her basket on the way out the door.

“Don’t say it.” She doesn’t want to hear the truth, the real problem with her predicament. If Lee was just fooling around with them it would be one thing, but feelings are involved in a perfect storm of disaster and heartbreak.

“He loves you,” I finish quietly.

“I love her more and he’s tearing her apart.”

“And what about you?” I ask. “Is this tearing you apart too?”

“None of that matters, and . . . well . . . he’s an asshole. Plus, you know what they say? You can’t always get what you want,” she says sadly before following Anna out the door.


Get your copy today! 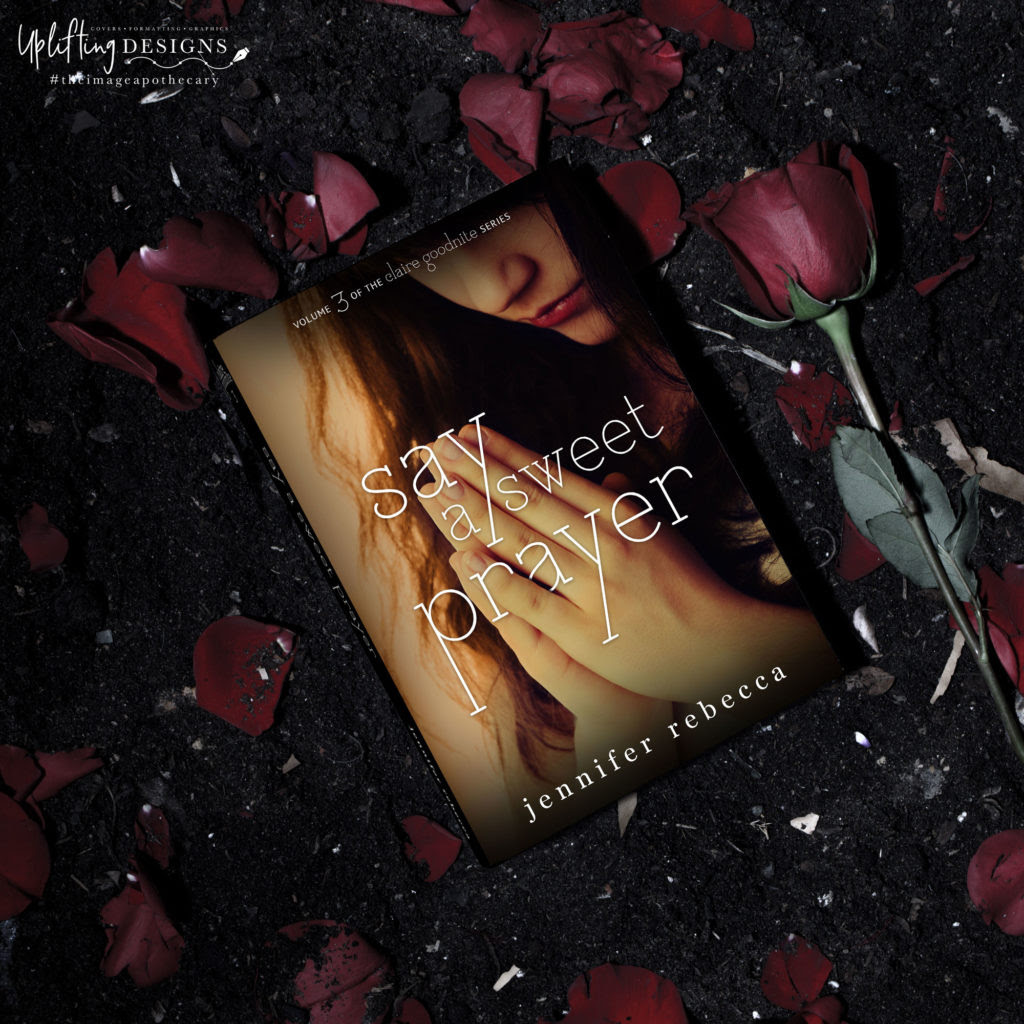 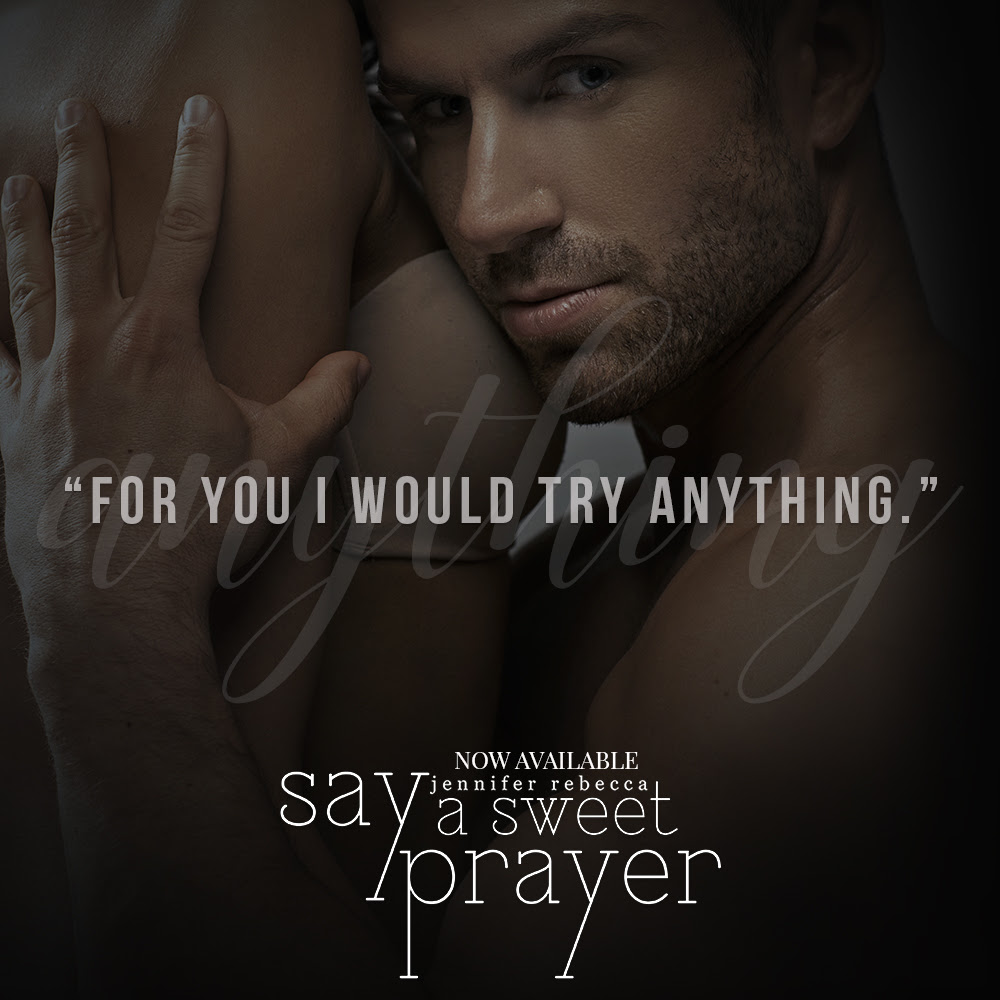 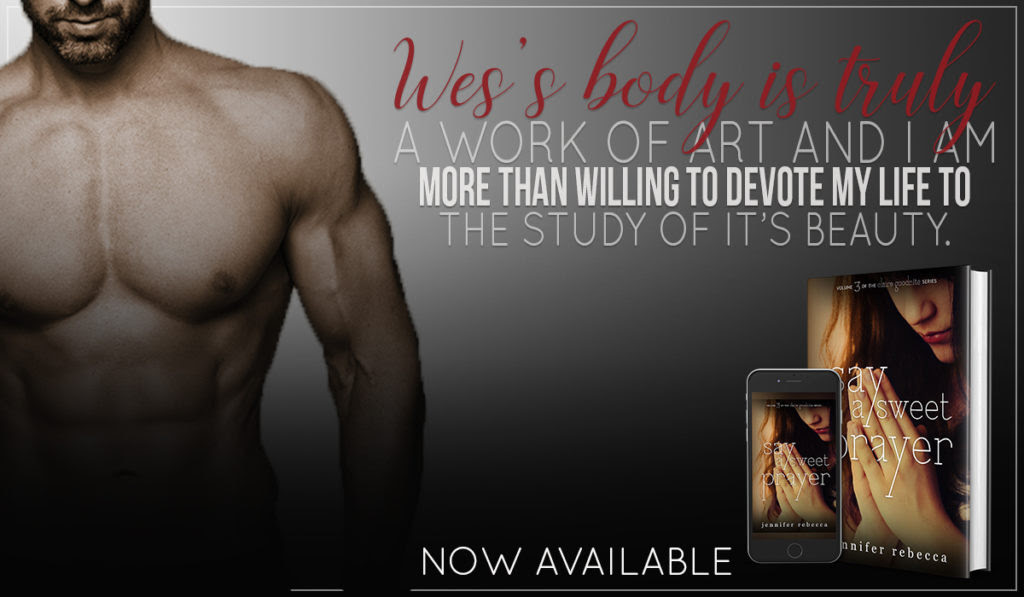 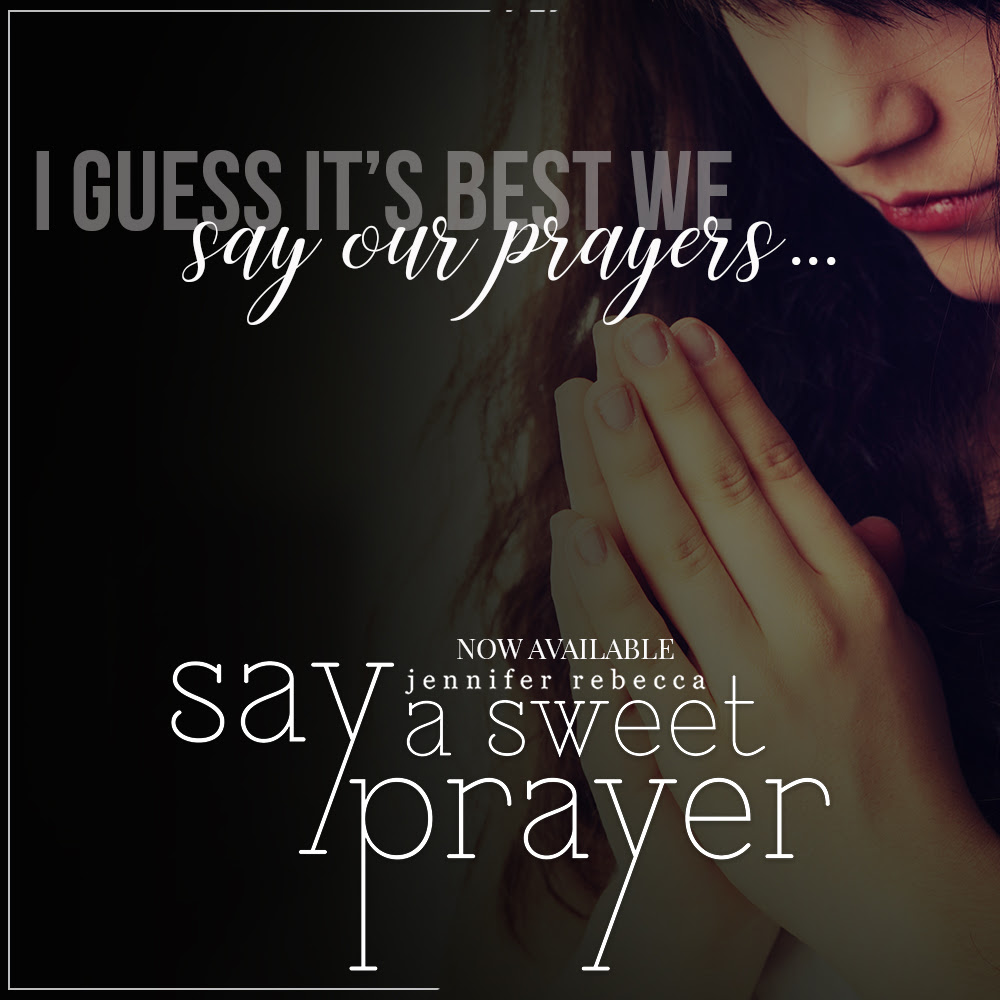 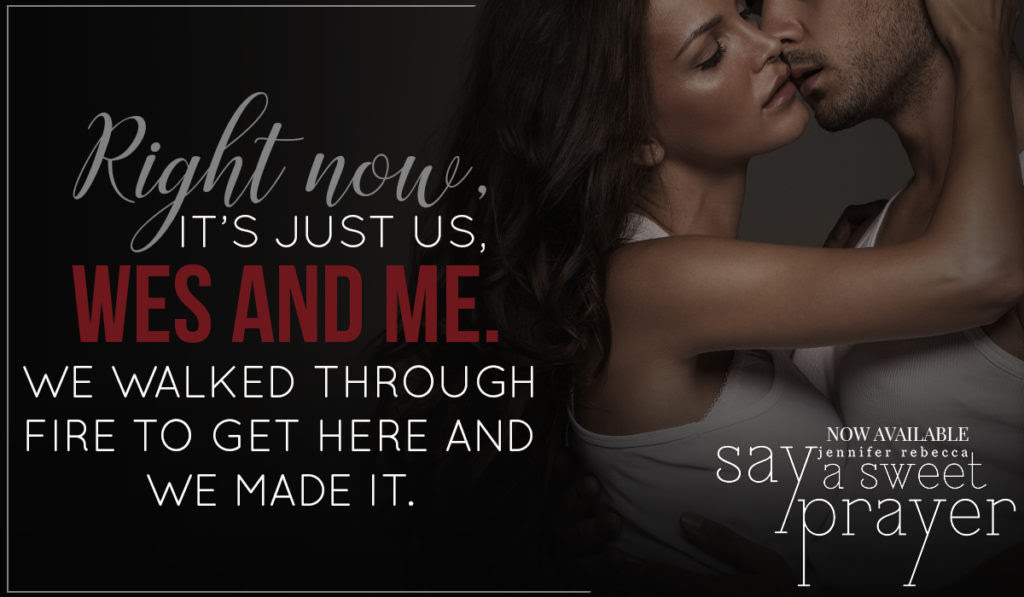 Catch up on the series:

Tell Me A Story:

Tuck Me In Tight: 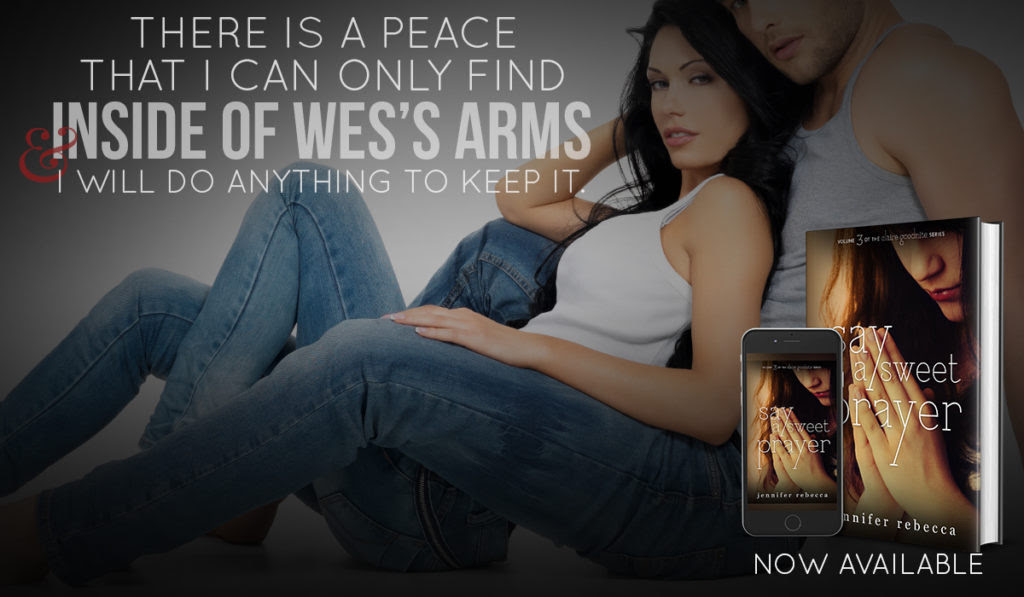 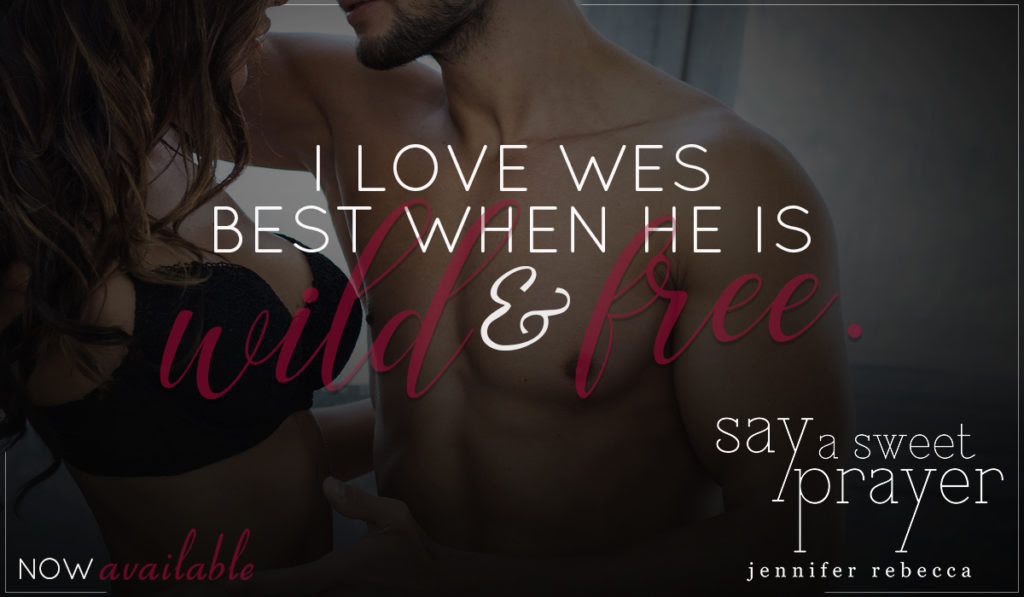 Jennifer is a thirty something lover of words, all words: the written, the spoken, the sung (even poorly), the sweet, the funny, and even the four letter variety. She is a native of San Diego, California where she grew up reading the Brownings and Rebecca with her mother and Clifford and the Dog who Glowed in the Dark with her dad, much to her mother’s dismay.

Jennifer is a graduate of California State University San Marcos where she studied Criminology and Justice Studies. She is also an Alpha Xi Delta.

10 years ago, she was swept off her feet by her very own sailor. Today, they are happily married and the parents of a 8 year old and 6 year old twins. She can often be found in East Texas on the soccer fields, drawing with her children, or reading. Jennifer is convinced that if she puts her fitbit on one of the dogs, she might finally make her step goals. She loves a great romance, an alpha hero, and lots and lots of laughter. 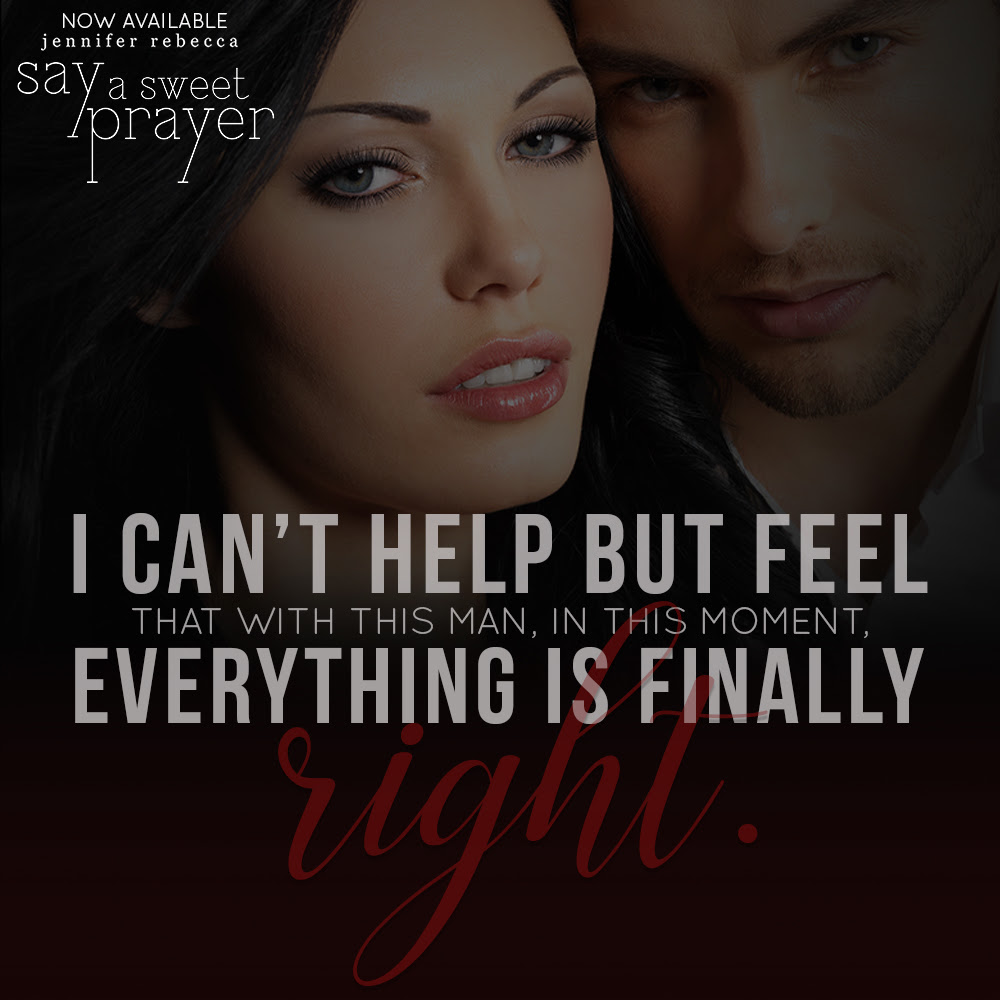 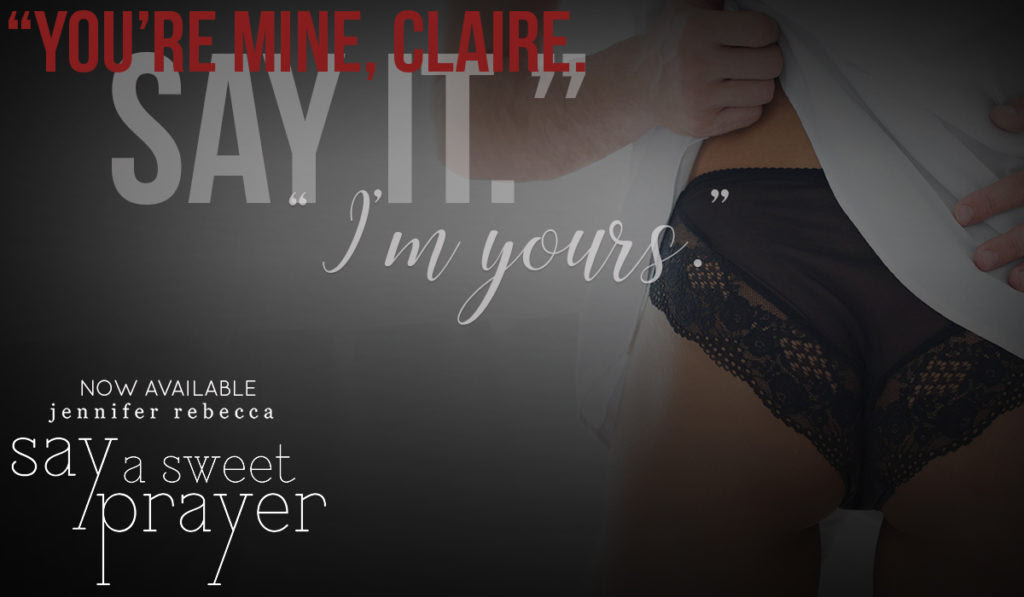