Today we have an excerpt blitz from Michelle Mankin’s ROCK F*CK CLUB, Book 3. Check it out and pre-order your copy today! 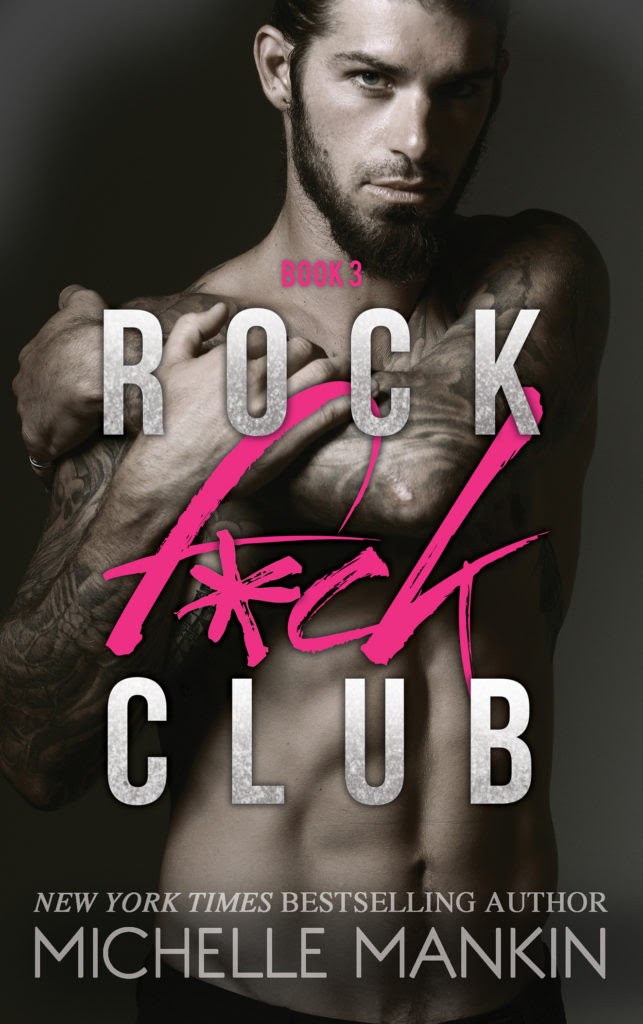 The Gods of Rock Tour.

Two at a time. Maybe even three.

I know what I like and how to get it.

I’m going to f*ck whoever I want. However I want. Whenever I want. I have my reasons for being the way I am and doing the things I do. I’ve warned WMO they might have to stretch the rules to keep their TV-MA rating for me.

What could go wrong? 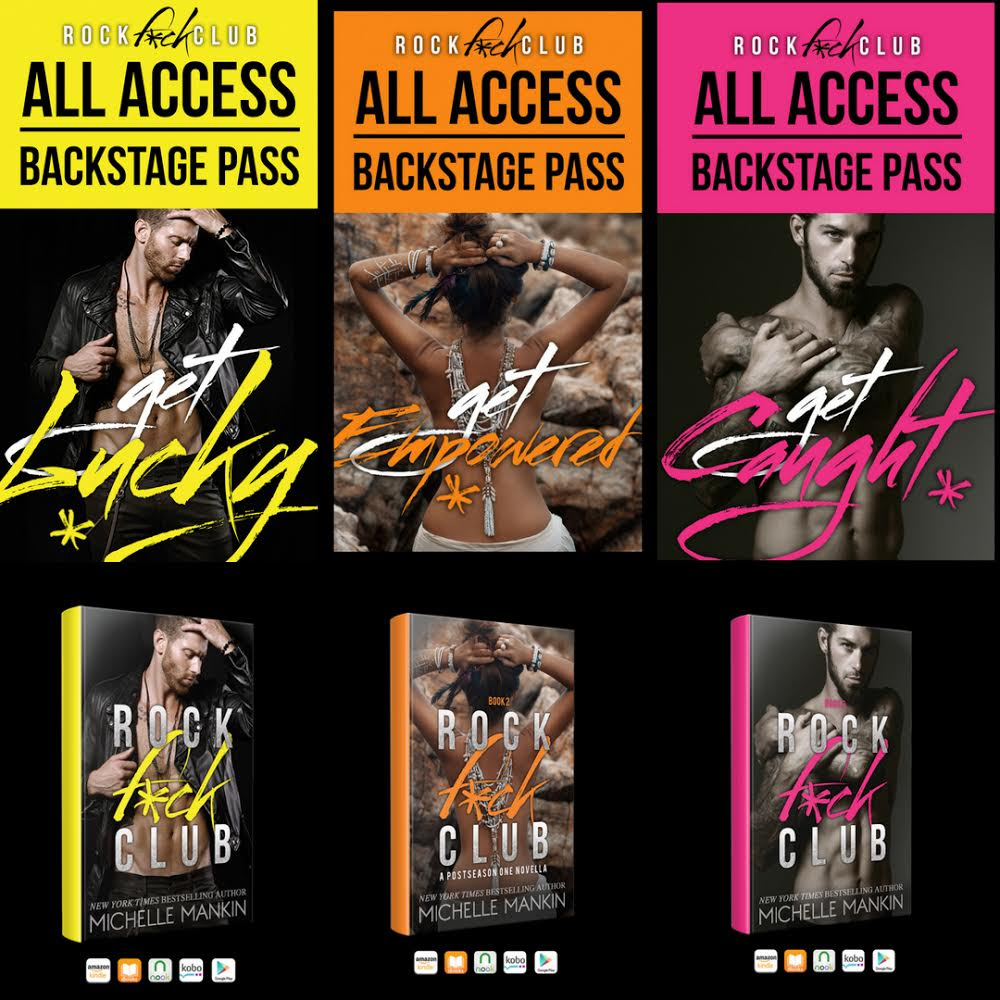 CATCH UP ON THE SERIES:

“Don't pretend you don’t know what you’re doing. You know how good you look. You’re always working it. Like the first time I ever saw you, down in the pit, in front of the stage, angling your body just so. Every guy around you was trying to get the view down your dress that I had. You were doing it again tonight, practically begging me to chase you. And backstage that pose you struck for Von. There’s no way any guy could resist you.” Pinning me in place with his gaze, he stalked closer. He stopped less than a foot away. My eyes widened. My heart hammered. My throat went dry.

“Don’t.” I took in a gulp of his tantalizing scent. The sandalwood had taken a backseat to the motor oil tonight. Had he been working on his car?

“Don’t what, Mars?” he questioned in in a throaty seductive whisper.

“Don’t flirt with me.” I put a hand on my hip and glared at him. “Don’t compliment me and put me down in the same breath.”

“I’ll stop when you do.” As if choreographed, a sudden gust tossed my hair into my eyes. He stepped forward. The tips of his boots touching my sandals, he reached out and smoothed one strand and then another away. His touch affected me the way it usually did. My skin tingled. My already racing heartbeat accelerated. My lips parted to intake additional air. Stunned, I blinked up at him. He stared down at me, his large soulful brown eyes arresting me. Just like that first time. What if —the thought arose before I could brush it aside —what if I had taken him up on his invitation that night? Not to take his cock. That had been a foregone conclusion. What if I had taken him up on his other offer? What if I had stayed after he had fucked me? What if I had called? Would he have looked at me in the daytime the way he had looked at me that night?

Have you gotten your Rock F*ck Club All Access Backstage Pass? 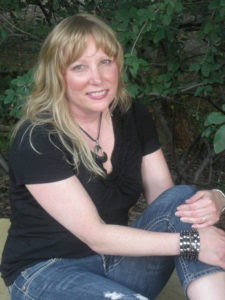 Love Evolution, Love Revolution, and Love Resolution are a BRUTAL STRENGTH centered trilogy, combining the plot underpinnings of Shakespeare with the drama, excitement, and indisputable sexiness of the rock 'n roll industry.

Things take a bit of an edgier, once upon a time turn with the TEMPEST series. These pierced, tatted, and troubled Seattle rockers are young and on the cusp of making it big, but with serious obstacles to overcome that may prevent them from ever getting there.

Rock stars, myths, and legends collide with paranormal romance in a totally mesmerizing way in the MAGIC series.

Catch the perfect wave with irresistible surfers in the ROCK STARS, SURF AND SECOND CHANCES series.

Romance and self-discovery, the FINDING ME series is a Tempest spin off with a more experienced but familiar cast of characters.

Exploring the sexual double standards for women, the ROCK F*CK CLUB is a hot girl power series with the groupies starring in a reality show to rank rock stars.

When Michelle is not prowling the streets of her Texas town listening to her rock or NOLA funk music much too loud, she is putting her daydreams down on paper or traveling the world with her family and friends, sometimes for real, and sometimes just for pretend.

OTHER BOOKS BY MICHELLE MANKIN

Find Me | Remember Me | Keep Me