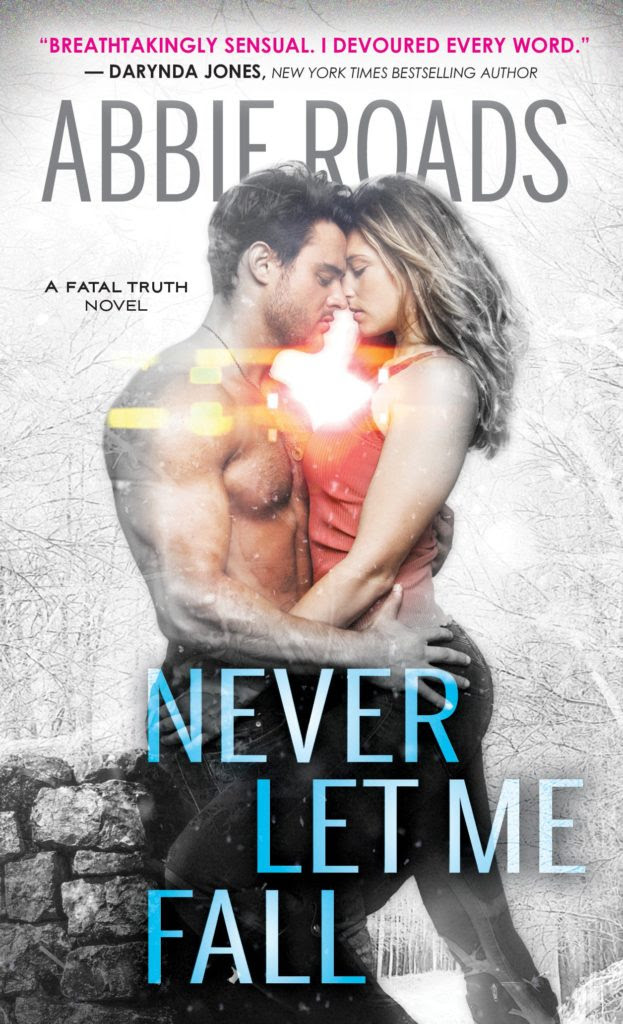 About NEVER LET ME FALL

Seeing is believing...
Thomas Brown can't see color, but he can see people's true souls. His abilities allow him to work with criminal investigators and deliver justice to families of the wronged. And he's starting to accept that his life will forever be in black and white...


Then he encounters Helena Grayse, and everything changes. She brings vibrant color to his world, and he brings acceptance and belief to hers. But Helena's past is quickly catching up with her, and Thomas is in the crosshairs.


As an enemy hidden in plain sight threatens their every move, they'll have to rely on their love to beat the darkness.

Across the endless sea of gravestones, Thomas spotted a canopy erected to protect the mourners from the elements. The fabric flapped and snapped in the wind. A metal grommet hitting one of the legs made the endless clng, clng, clng noise. The sounds grew in volume, became unnaturally loud. He reached up to cover his ears. But before he could get his hands into place, his vision winked out. Gone. Blackness.

He just stood there. Frozen. Not from fear, but from acceptance. He was blind, and he should be freaking out. But then, blinding himself had been something he’d contemplated in his darkest moments. He’d always thought blindness would grant him an odd sort of relief. No more gray existence, no more seeing the shadow of death. Ignorance really could be bliss, right? The only thing that had kept him from following through was not wanting to be dependent on anyone for anything.

Light flashed in his dark vision like far-off lightning. His sight blinked back on. Everything was the same. But everything had changed.

He still stood in Sundew Cemetery, but it was as if everything around him had faded into the background and a spotlight gleamed on a woman in front of him.

She stood no more than fifty feet away, a beacon of light, a burning flame that he couldn’t look away from.

Her body was bundled against the cold, her thick, black coat zipped up over her mouth with the hood pulled down over her forehead. The tiny bit of skin he saw was the palest of—his mind searched for the name of the right color—pale peach. Her skin was pale peach. Pale. Peach.

Holy motherfucking son of a bitch.

He saw color. Color. She brought vibrancy to his gray existence. And she carried no shadow of death. Not even a wispy hint. If love at first sight existed, he loved her for these gifts.

At this distance, it should be impossible to see the color of her eyes, but they were gold and shining right at him, locking him in place with their brilliance, their luminescence, and some ethereal quality that made him think of purity and perfection.

“Thomas? Are you all right?” The question he’d been asked too much lately punched him in the head, breaking his attention on her.

Sound clicked back on. He heard the canopy flapping and the metal clanging. Almost as if his body was working in slow motion, he turned his head, absorbing a world that was alive with vitality for the first time. He felt like a kid who’d just learned to name colors. Brown grass. Green canopy. Red scarf.

Audie stood outside the canopy wearing the same getup as last night. Only now Thomas could see the hat and scarf and mittens were bright red.

Thomas raised his hand in a gesture somewhere between wait-a-minute, a wave, and what-the-hell. Audie smiled, his wrinkled face conveying a wordless understanding. That was why Thomas always liked the guy. No explanations, no empty phrases needed. And it didn’t hurt that he looked like Gandalf.

Without warning, his mind flashed him images of her in his bed and him being mesmerized by her golden eyes, her matching gilded hair, and all that creamy, warm skin surrounding him, holding him tight. Without ever seeing her face, he knew she would be beautiful, so lovely that it would hurt to gaze anywhere but upon her.

He ran after her, opening his mouth to shout her name, but… He didn’t know her name. Yet he felt like he should know it. And know her. She was his other piece. She completed him. Healed him. Made up for all his deficiencies.

“Thomas? What are you doing?” Pastor Audie yelled. The concern and worry riding along the old man’s tone was more effective than diving headfirst into one of the granite markers dotting the cemetery.

What was he doing? Chasing after some random woman in the cemetery who obviously had no reaction to him. If she’d felt even an ounce of the connection he had, she wouldn’t be walking away.

He stopped running. But the urge to keep going pushed him forward a few more steps. He grabbed on to a gravestone to keep from following her. His heart rammed against his sternum so hard it threatened to knock him to the ground. It hurt—physically hurt—to watch her walk away, taking color and beauty with her, leaving him alone inside his gray existence once more. It felt like she’d amputated half of his soul, leaving him with the phantom pain of what could have been. A cold heaviness settled over him. He felt as dead as the stone he clung to. 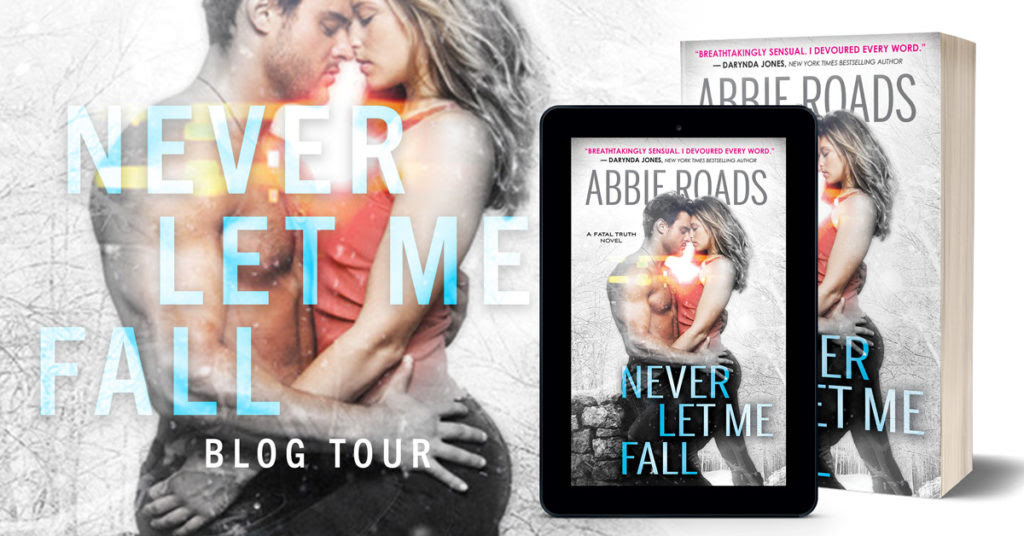 $10 Amazon Gift Card, Painting by Abbie, and a Necklace 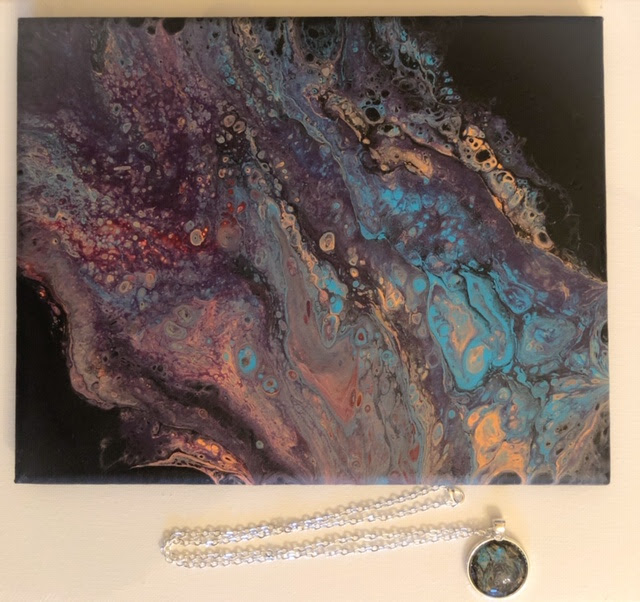 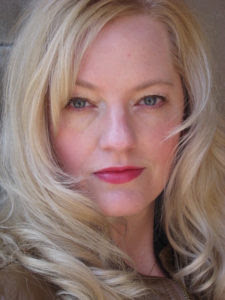 Abbie Roads loves Snickers Parfaits and acrylic pour painting. It’s her new obsession. The pour painting. Not the parfaits. Though the parfaits would qualify as an obsession too. She spends her days a mental health counselor always looking on the brightside, but at night she likes to write dark and dangerous things—with kissing and sexy times. She loves reading inspirational quotes and stories about serial killers. She is married to her favorite fellow and they have two cranky old rescue dogs that are not spoiled. Not at all. Okay. Maybe a little. Alright, the dogs are terribly spoiled, but they do give lots of cuddles and kisses in return.