Today we have the blog tour of LINCOLN SHAW by Ciana Stone! Check it out and be sure to grab your copy today! 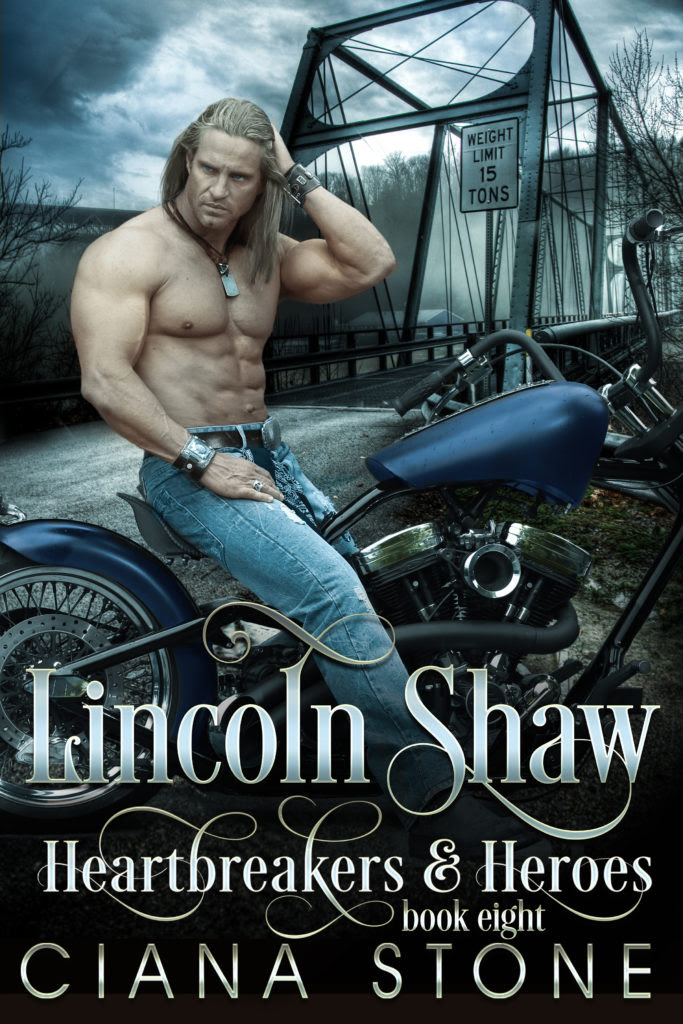 He doesn't care if both his brothers are both married, with families and happy as bugs in a rug. Or that most of his friends are getting hitched. Settling down might be for them but it's definitely not in the cards for Lincoln Shaw. He enjoys his freedom and women way too much for that. Nope, give him a different woman--or three-- every night and he's just fine.

Then, why the heck does a pole dancer with violet eyes who calls him Thor have him thinking that settling down might not be so bad after all?

Lincoln returned, refilled both glasses and took a seat. "Okay, Tallulah Christmas, out with it. Whatever it is, just say it."

She took a sip from her glass and blew out a breath. "Before I tell you anything, I need to ask you a question. Have you ever witnessed anything—um—supernatural or paranormal?"

His laugh shocked her, and she shot him a look of annoyance. "You think that's funny?"

"Not funny. Just ironic. My family isn't exactly normal in the typical sense of the word."

"Well, let's see. My oldest half-brother Deacon is an empath. Wiley, my other half-brother, is not only empathic but an energy healer. So is Deacon's daughter. Wiley's wife, Molly, is—I don't quite know what to call her other than psychic. She picks up on a lot about people. So does her mother, Mercy."

"You left yourself out of that narrative—and family tree of psychic skills. You must have some ability."

"I sense things from time to time. But this isn't about me, is it? It's about who you were talking to in the bathroom."

"I have until Monday morning when you leave for school. And Lula? Whatever it is, it stays between us. You have my word."

Lula was pretty good at reading people and knew he spoke the truth. Then there was also the fact that her ghostly child companion had returned and was sitting on the ground between them, looking up at Lula.

You can trust him.

That was a first. The child had never offered much in the way of clues, and certainly nothing in the way of encouragement. Why she was now, was a mystery but not one Lula would ponder because the truth was, she wanted to trust Lincoln.

So, she took that leap of faith. "Fine. To start, I spent the first fourteen years of my life on a farm near Tallulah Falls, Georgia. It was passed down to my mother, Estelle Crismas."

"Your family name was Christmas?"

"Not Christmas – Crismas, no 't'. Anyway, when she married my dad, he was still in the service, so she lived with her parents until he was back on home soil. He left the military two years later to be with her all the time, and they had three children. My brother Eric, me and my younger sister, Harmony."

"So, your name is Crismas?"

"No, it's Christmas like the holiday. I was born on Christmas, so they gave me that as a middle name. Anyway, we lived in Georgia until I was fourteen. That's the year my dad's father died, and we moved to Louisiana to take care of his mother. Well, all but my brother, Eric, who was nineteen. He stayed in Georgia and still lives there today, on the farm."

"It was until we got to New Orleans. Grandmother's house was a big old plantation outside the city, and the first time I saw it, this chill wrapped around me like hands from the grave."

"That's a little melodramatic, isn't it?"

Lula smiled and sipped from her glass. "You'd think. But it happened. I didn't even want to get out of the car. I begged my dad to put me on a bus and let me go back home and live with Eric, but he wouldn't listen.

"So, we moved into that house, and I spent the next three years living with the dead." 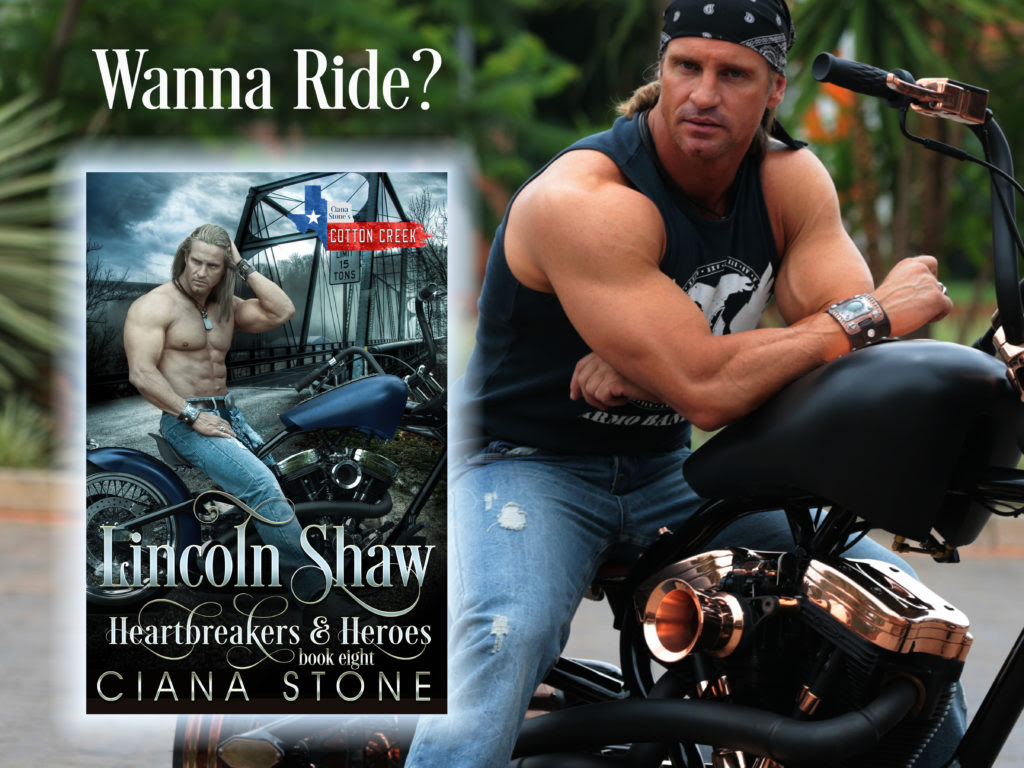 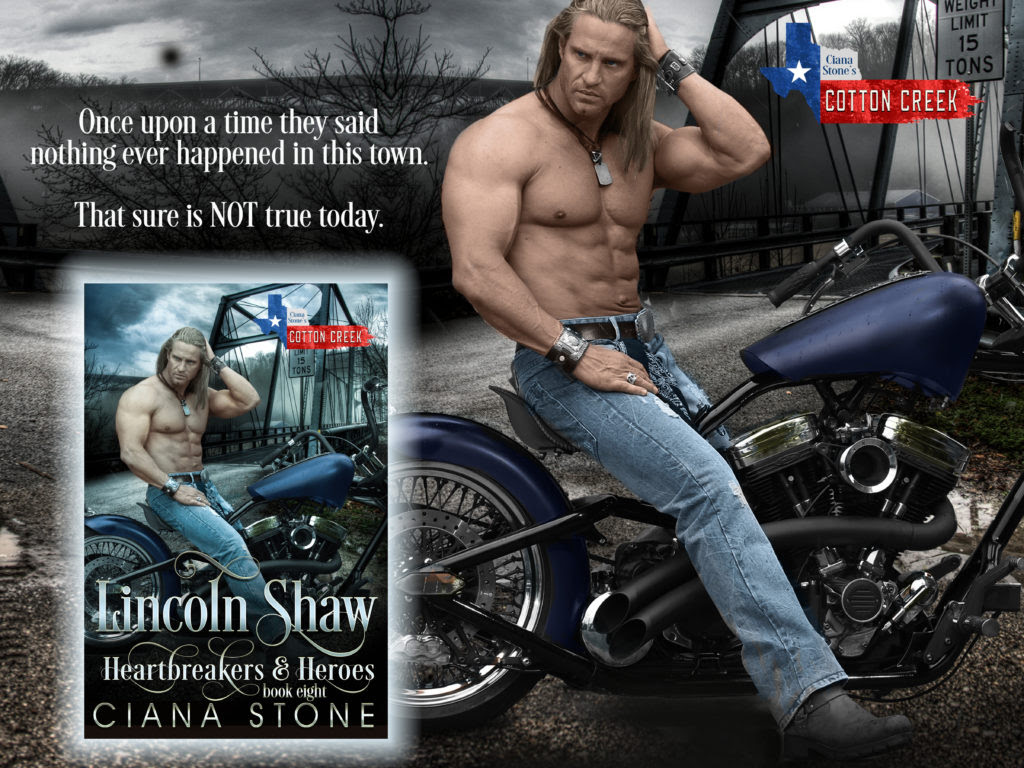 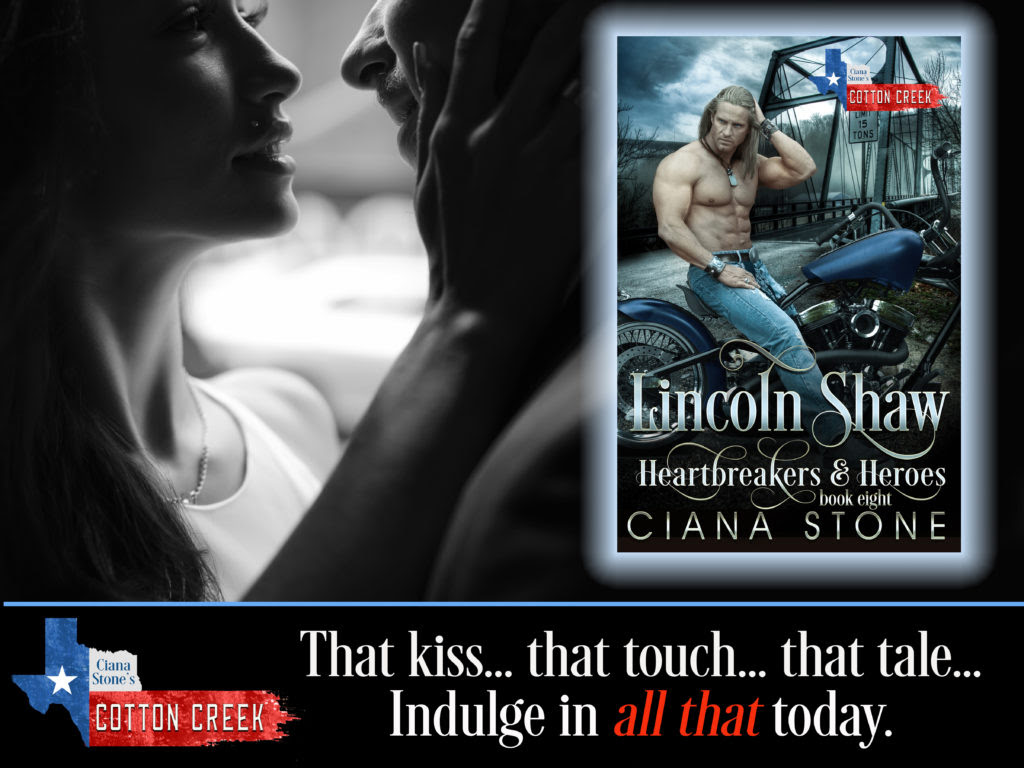 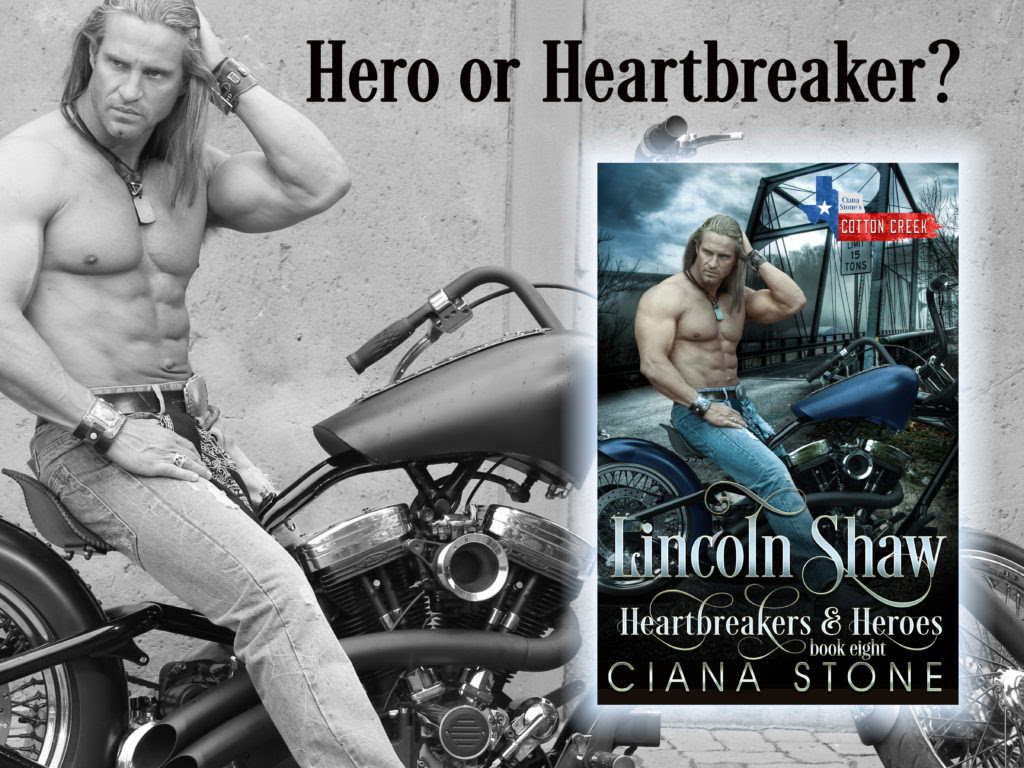 I'm a country girl at heart and I'm quite keen on home-grown heroes, military men and cowboys. Happily-ever-after is something I believe in with my whole heart. Love may be a bumpy road and there are bound to be perils along the way but in the end, love should win. I try to take that attitude into my writing and believe that love, hope and laughter are some of the best medicine there is. Along with books. Lots of books.

I have a passion for sagas. I love to fall into a world, get to know characters and have them reappear in stories down the road. Because of that, I wrote my Cotton Creek Saga. So far, there are two series within the saga, Honky Tonk Angels and Heartbreakers & Heroes, with another, Heritage, on the way in 2019.

I love to hear from readers and want every since person who has read one of my book to know how much I thank them. To every reader who has spent his or her hard-earned reading dollars on a Ciana Stone book, thank you from the bottom of my heart.