Today we have the release day blitz of FEARLESS by Elizabeth Dyer! Check it out and grab your copy today! 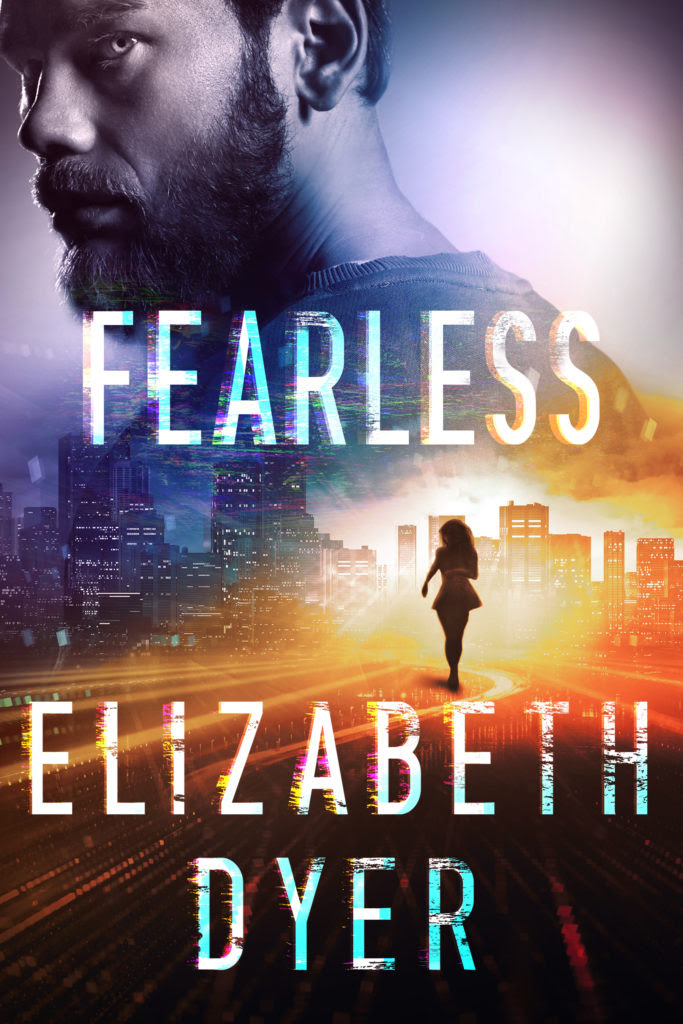 A broken man. A desperate woman. And a love that could save them both.

William Bennett lost everything to a Special Forces operation gone wrong. A year of captivity and torture has stripped him of his strength and decency. At the edge of losing all hope, the one woman he's never forgotten storms back into his life, giving him more than just his freedom. All Will wants now is to put the agony and violence behind him . . . but he won't go home until she can, too.
Cooper Reed has been a lot of things--soldier, sniper, spy--but she never thought traitor would be one of them. Now she can't stop running. Not from the partner sent to kill her, or from the CIA who used her to cover up a dangerous experiment. Cooper needs help, she just never expected to find it in the one man with every reason to hate her--even if he doesn't know it yet. 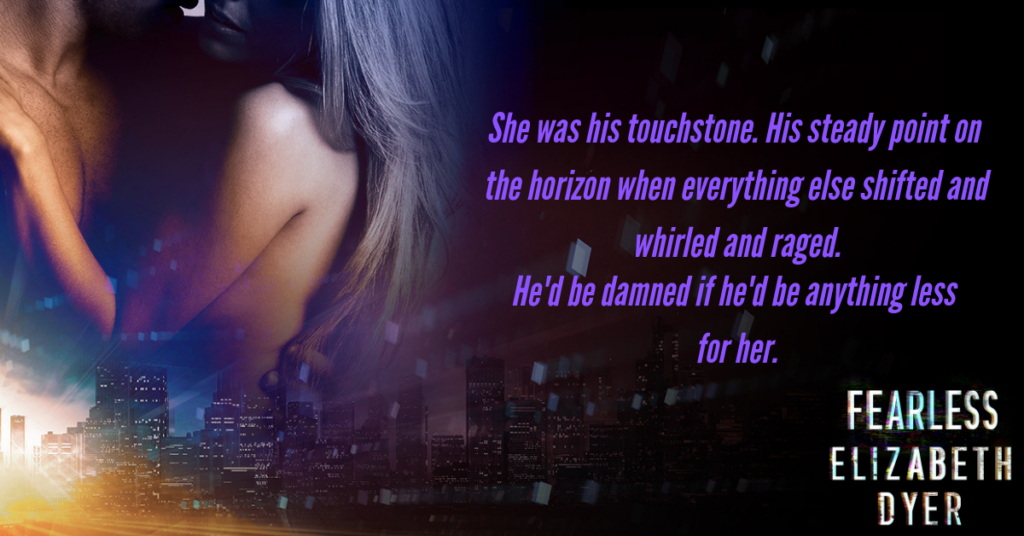 Catch up on the Series: 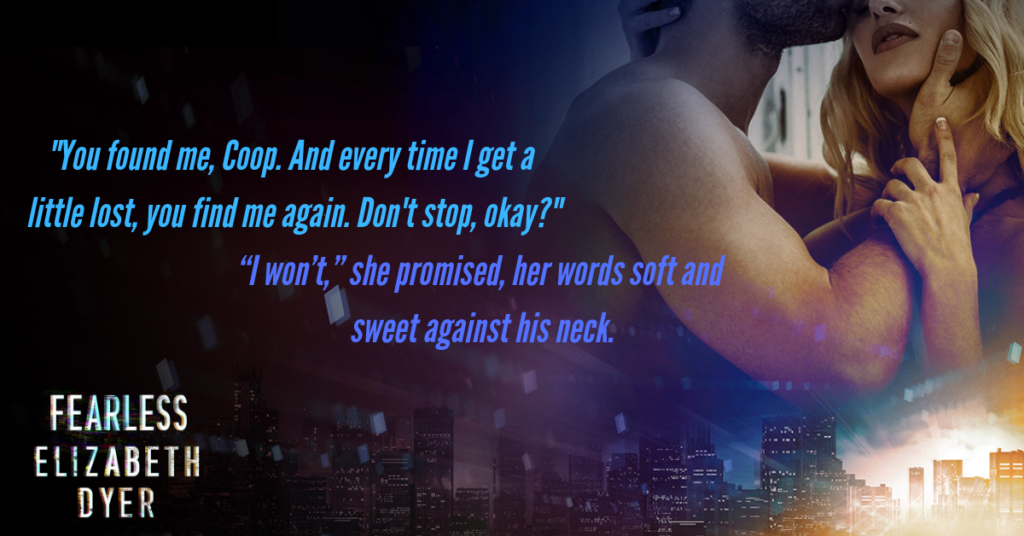 She swallowed and looked up at him, her irises a slowly expanding pool of blue as her eyes adjusted to the light.

“Be very careful with what you say next, Cooper.” Will braced a palm against the door and leaned in close. “And do not lie to me.”

She closed her eyes, and her muscles went loose and tired.

“I have to do this,” she whispered, lines of sadness and resolution changing the contours of her face. “But you don’t.”

She tilted her chin and met his gaze head-on. “In thirty-six hours you could be stateside. With friends and family and the people who love you.” She put her hand to his chest when he shook his head. “You deserve to go home. To rest.” She trailed her hand down the front of his t-shirt, let her fingers trace the row of stitches along his side that he never forgot but mostly ignored. “So much has happened in such a short time. It feels like I found you on that mountain weeks ago. But it was days.”

He flinched when her thumb pressed against the wound.

That she’d played him.

But it was so much worse.

She was trying to save him. Protect him. By sending him home and going forward alone.

She actually had the damn nerve to smile at him. “I’ll be okay.”

And this from the woman who was worried about crossing a line she could never come back from.

There were a thousand things he wanted to say and a million ways to say them. He went with the simplest.

“No.” He dropped his chin, let his forehead touch hers, and breathed her in. There was nothing fancy about the way Cooper smelled. No French perfumes or high-end lotions. Just the simple scent of soap and skin and the lingering mark of a recent shower.

It was honest and fresh, and he knew if he led her back to bed and climbed in next to her that the same scent would be there to greet him, surround him, and lull him into a sleep he chased but rarely achieved on his own.

Ultimately, it didn’t matter where it had begun, because it all ended in the same place. Somewhere along the line, Cooper Reed had become synonymous with home.

Which meant Will couldn’t go back without her. 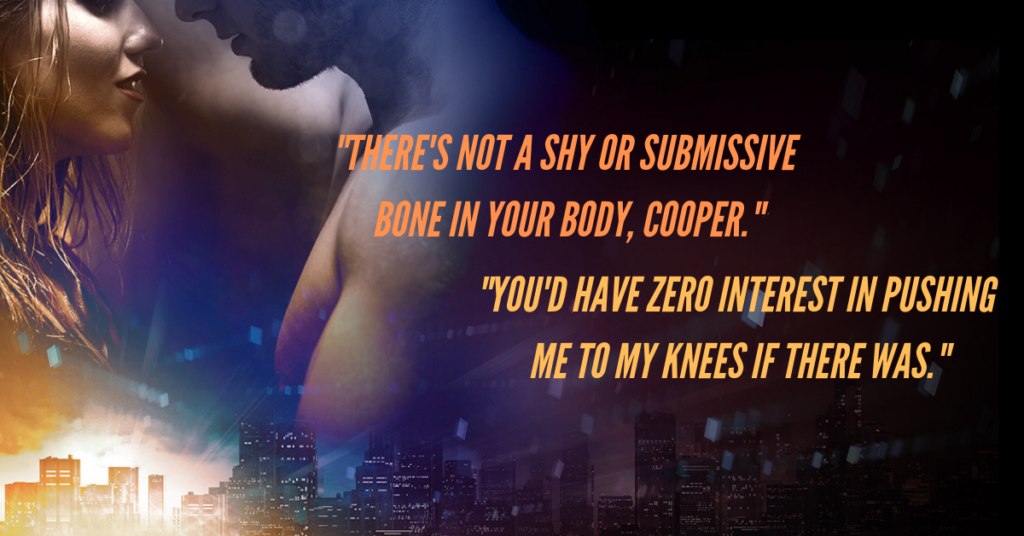 Elizabeth Dyer likes her heroines smart and snarky, and her heroes strong and sexy. An attorney and recent coffee devotee, Elizabeth spends the majority of her time tucked into a corner table at Starbucks or pinned beneath her (overly affectionate) bullmastiff. When she isn’t working or wrestling the dog, you can usually find Elizabeth writing the types of sexy, suspenseful books she most loves to read.
A born-and-bred Texan, Elizabeth resides in Dallas, where she indulges in Netflix marathons, Instagramming her dog, and brunch. Definitely brunch. Adorably awkward, Elizabeth hates the phone as much as she loves all the social-media things and hearing from her readers. Follow her on Twitter (@lizdyerwrites), Instagram (@elizabethdyerwrites), Facebook (@elizabethdyerauthor) or, to sign up for her newsletter (https://bit.ly/2H1fj4R), or visit her website (ElizabethDyer.net)