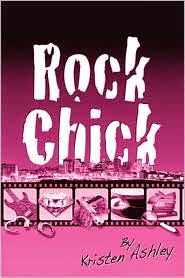 I was thoroughly enjoying the Colorado Mountain series when I switched over to the Rock Chick books.

This book reminds me of the Stephanie Plum (Janet Evanovich) and Heller (JD Nixon) series. It is fun and funny, light and airy and there are lots of laughs.

India (Indy) Savage has known Liam (Lee) Nightingale all her life. She has been in love with him forever, trying to get him to notice her and throwing herself at him.

She had finally decided that fate would not play a role in her fantasy and romantic feelings, so she has sworn off Lee.

Indy manages to get herself involved with some not so nice people and in steps Lee, trying to protect her with his he man belief that Indy should just fall at his feet.