UNTIL THE END OF TIME ~ DANIELLE STEEL 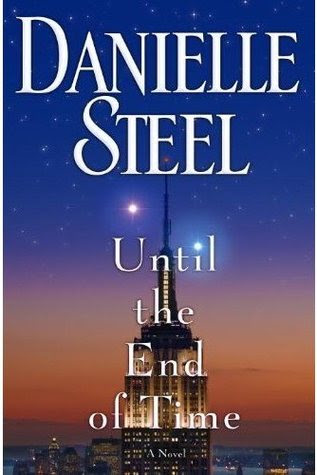 I keep saying I am not going to read any more of her books and yet, since I grew up reading her books, so I always tend to fall back and read another one.

This one was not one of her books that I enjoyed as much as some of the others. I thought the style of the book was just okay, but there were 2 storylines that intersected at the end and it was a bit of a surprise, but when the first story ended and the second one began, I found the book very confusing.

Bill and Jenny go from being a power couple in NYC to Bill being a minister and Jenny being a minister's wife. Tragedy strikes. Fast forward to the second story of Robert and Lillibet. Robert is a NYC book publisher that accidentally finds Lillibet's manuscript in a pile waiting to be sent back with thanks but no thanks letters. He sees it is wrapped in an apron. After reading the book Robert falls in love with it and goes to find the author, who happens to be an Amish girl, Lillibet.

Once again, does tragedy strike or can it be averted? Can two souls find each other in the afterlife? Is there such a thing as star crossed lovers?