It’s the release day for Shannyn Schroeder’s A GOOD TIME! Check it out and grab your copy of this sexy new release today! 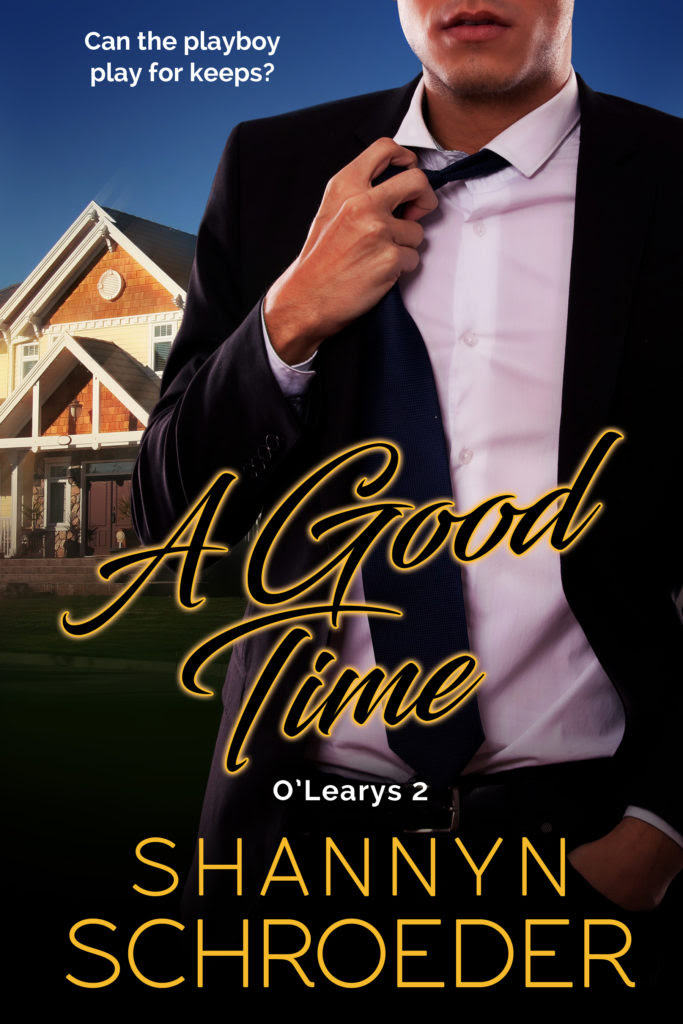 About A GOOD TIME:

Freedom is paramount for Indy Adams. The last thing she needs is to be tied down. About to seal her first big sale in the Chicago real estate market, Indy is ready to catapult her career to a new level. And the sexy, bachelor client is exactly the kind of guy who would understand her no-strings approach.

Griffin Walker’s reputation as a ladies’ man has put him in a bad light as he tries to get his charitable foundation off the ground. He’s trying to quietly clean up his image and can’t understand why Indy wants nothing except a few steamy nights together. Despite his romantic track record, Griffin wants to build a new life—with Indy. But an unplanned pregnancy may lead them both to a life they never expected. Will Griffin get his chance to show Indy more than a good time?


Get Your Copy Now! 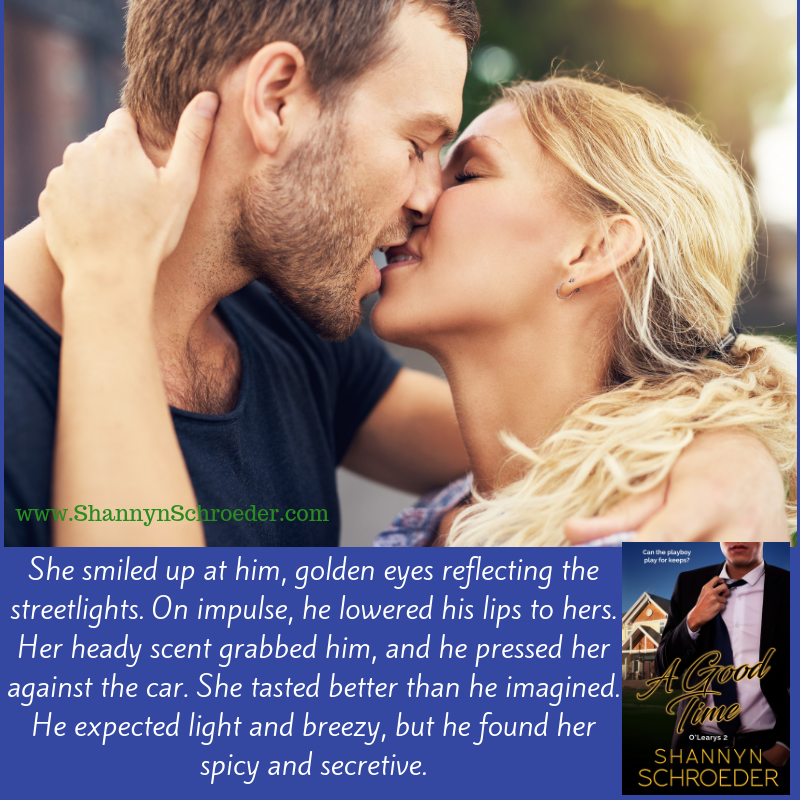 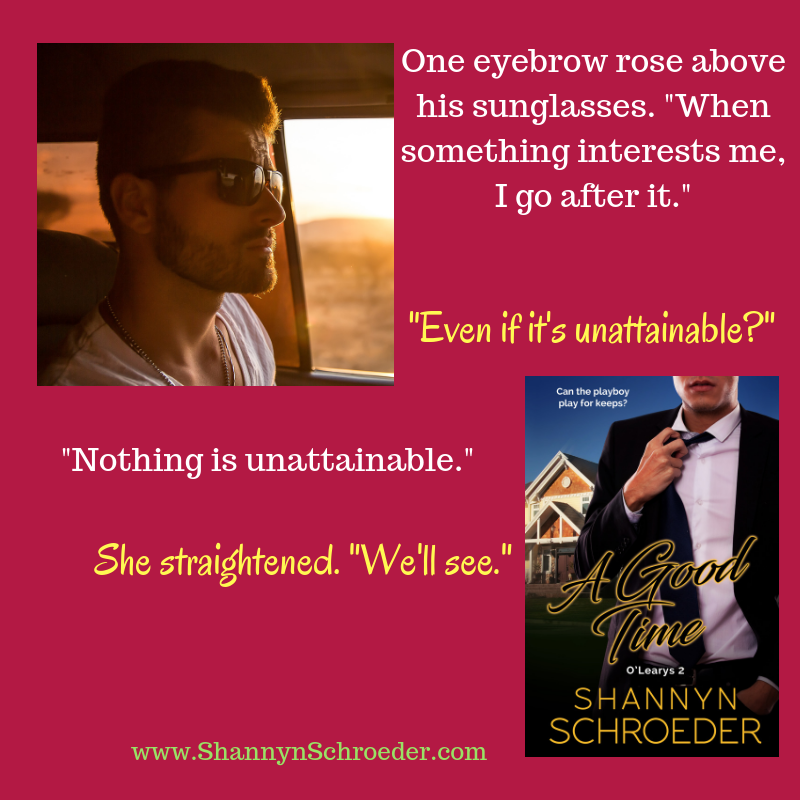 “Good night, Dad. Have a safe trip home.” Again she kissed his cheek.

“It’s about time you were with a man who has a head on his shoulders. This one doesn’t seem like a waste of time and life.” He hitched his chin in Griffin’s direction.

Griffin reached around her to shake Walt’s hand. “Good to meet you, Walt. We’ll see you at the wedding.”

In the elevator, Indy took the cake back. “You didn’t have to do that. I never intended for my father to think we were a couple.”

“No problem. It seemed to make him happy.”

“Yeah, that’ll last. He’ll suddenly remember which daughter he was talking to.” The corners of her mouth pulled down, and they got off the elevator.

He didn’t know what to say. No words of comfort would erase the pain. “Why is he so hard on you?”

The low, humorless chuckle didn’t fit her. “So many reasons. I was a wild teenager. Big surprise, right? Then I went to the city for college to get away from him. I’m not married with a pack of kids.” She sighed. “But he’ll never forgive me for taking Quinn away from him.”

They walked out to the street. “She doesn’t look like a hostage to me.”

“She would’ve been. She was seventeen when our mom died. She spent the next year doing everything for Dad while he poured himself into a bottle. She’d already applied to college here and had scholarship money waiting. Quinn is scary smart, but she was going to walk away from that to take care of Dad. One day, I drove home, packed her stuff into my car, and brought her to Chicago.”

“It’s been what, twelve years?” He stepped closer to her.

“She could’ve gone back at any time.”

“But it’s my fault. If I had never shown her the world outside Hooperville, she would’ve been happy there forever.”

“No, but it’s what he thinks. She would’ve grown old and bitter. Luckily we have Lydia to keep an eye on him, or he probably would’ve moved in with Quinn.”

He looked up and down the street. “Where’s your car?”

She sighed again. “In the shop. Something’s wrong with the transmission.”

“How are you getting home?”

“Same way I got here—public transportation.”

“You’re taking the bus?” Somehow, he couldn’t picture her standing at a bus stop and clambering up the steps, pushing into the crowd.

“How many times on your trip did a guy try to pick you up?” That he could imagine, especially with her bar uniform on.

She shrugged. “No more than when I’m at work. The unwashed masses are not as bad as you picture them.”

“Not necessary. I don’t mind taking the bus, and my apartment is out of your way.”

“Come on. By the time the bus shows, I’ll have you halfway home.”

They walked to his car in silence.

“What, no Jag tonight?” she asked, approaching the SUV.

“Sorry, I came from the office.”

Indy opened the rear passenger door and carefully placed the cake on the floor. She closed the door and leaned against it. “Thank you for tonight. You were an excellent distraction.”

She smiled up at him, golden eyes reflecting the streetlights. On impulse, he lowered his lips to hers. Her heady scent grabbed him, and he pressed her against the car.

She tasted even better than he imagined. He expected light and breezy but found her spicy and secretive. He braced his hands on the car behind her, trapping her with his body and preventing himself from grabbing her. His fingers wanted to tangle in her long hair.

He pulled back before he could want more.

“Wow. What was that for?” she asked with a smile.

“That would make sense if he were watching, but we’re down the block and around the corner. And they’re on the fifth floor. He can’t possibly see us.”

He gave a careless glance over his shoulder. “Huh, I guess you’re right.”

She laughed lightly. “Thanks. It’s been much too long since I’ve been kissed like that.”

He raised his eyebrows. Her comment said a lot about her previous lover. His eyes went back to her mouth. How could a man look at those lips and not want to taste? He opened the passenger door for her to get in before he forgot himself. 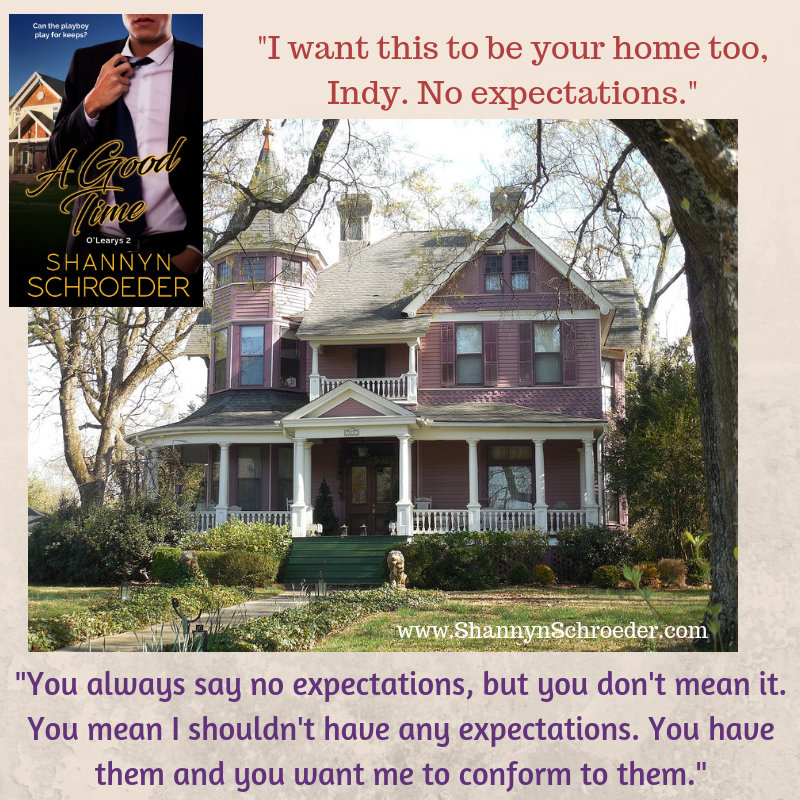 Catch Up On the Series Now: 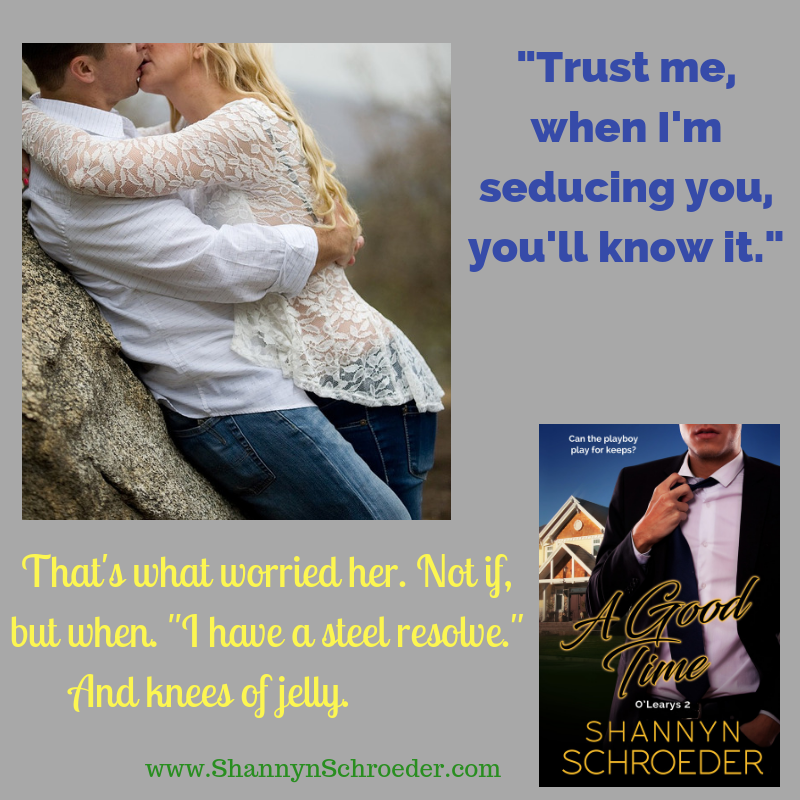 Shannyn Schroeder is the author of the O’Leary series and the For Your Love series, contemporary romances centered around large Irish-American families in Chicago and the Hot & Nerdy series about nerdy friends finding love. Look for her new series – The Dating Challenge in 2019. When she’s not wrangling her three kids or writing, she watches a ton of TV and loves to bake cookies. 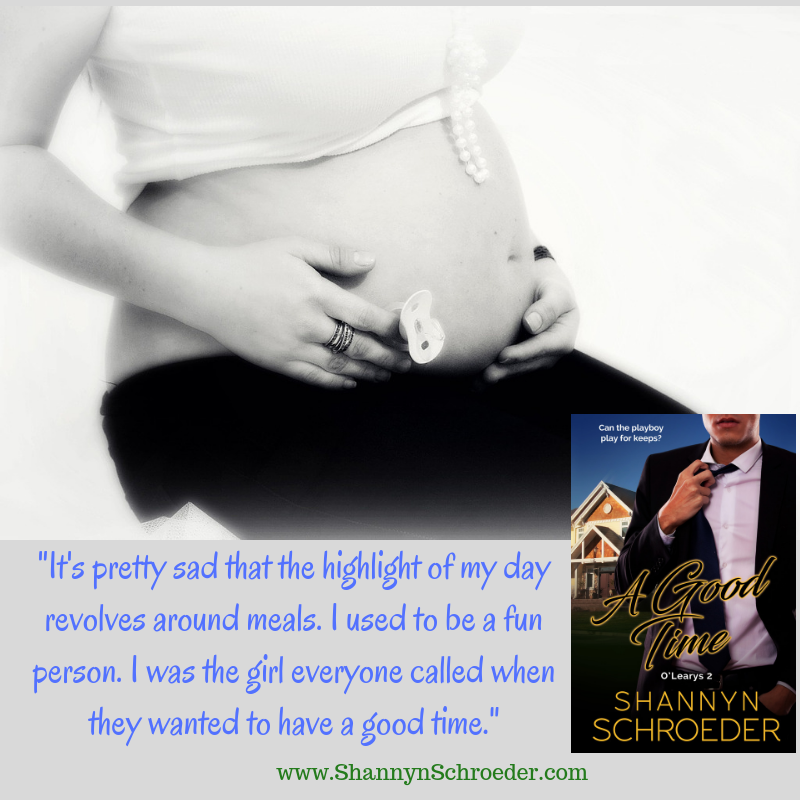