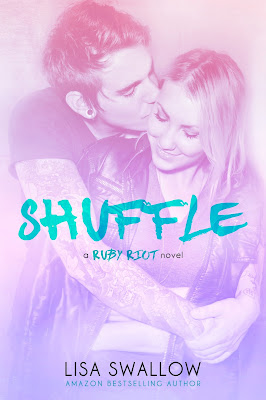 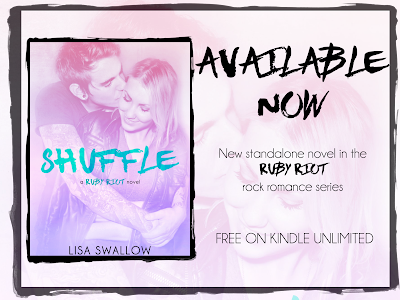 Will Campbell, Ruby Riot bassist, is back at university and failing badly at everything apart from partying.

With Ruby Riot on a break, Will returns to university to finish his degree. He needs major help if he wants to pass his final year and attempts to join a not-very-rock star study group. Will is horrified to discover the person organising the group is Fleur Roberts, the girl he’s secretly crushed on for two years and who recently threatened him with a restraining order.

Fleur’s rock stars are history academics. She has no interest in any variety of pierced, tattooed slacker, especially not the jackass rock star who humiliated her at a party. There’s no way in Hell that Will Campbell is joining her group.

Faced with losing the easiest way to fix his academic problems, Will has the perfect solution: pretend he’s his twin, Nate. Will and Nate have swapped identities before so nothing can go wrong. Surely.

Fleur is successful academically, but her love life is a failure. Following a number of disastrous dates, she finds herself falling in love with a guy who is lying to her. But Will’s deceit isn’t the only thing about to shatter her world. When another man Fleur trusted betrays her, and she attempts to retaliate, Fleur discovers how dangerous he is. And when Will becomes involved, the repercussions threaten both of their futures.

Shuffle is the second standalone book in the Ruby Riot series and can be read separately to the first book.


GIVEAWAY:
Win a paperback of CADENCE or a Ruby Riot swag pack.

AUTHOR BIO:
Lisa is an Amazon bestselling author of contemporary and paranormal romance. She is originally from the UK and moved to Australia in 2001. She now lives in Perth, Western Australia with her husband, three children, and Weimaraner, Tilly, who often makes appearances on Lisa’s social media.
Lisa’s first publication was a moving poem about the rain, followed by a suspenseful story about shoes. Following these successes at nine years old there was a long gap in her writing career, until she published her first book in 2013.
In the past, Lisa worked as an English teacher in France, as an advertising copywriter in England, and ran her own business in Australia. Now she spends her days with imaginary rock stars.
She lived in Europe as a child and also travelled when she left university. This has given Lisa stories which would sound far-fetched if she wrote them down, and maybe one day she will. These days, Lisa is happy in her writing cave, under Tilly’s supervision.