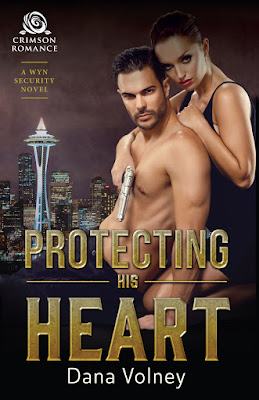 Arabella Nox soaked in the feel of Felix’s edges and planes against her body. Her palms wrapped around his thick neck, and her fingertips grazed the stubble on his head. She drank in his salty, woodsy scent. With her eyes closed, she willed time to stop—she had to remember how his embrace felt, how his hands grasped and rubbed her sides, hips, and ass. The thrills that consumed all of her nerve endings every time they were close were better than adrenaline or a manmade drug.

She knew what she was doing was wrong and that he might not forgive her this time for her deception—the thrills that she’d once craved more than air now also made her want to cry. Especially when she knew this time there wasn’t going to be a next time.

There had never been a guaranteed next time for them anyway. They loved like crazy, fought like they had nothing to lose, and ran from each other like they might burn if they stayed any longer.

The funny thing was, when she’d first met Felix, she’d never expected to leave his side again—but the world twisted, and pretty soon they were on opposite sides.

She captured his bottom lip and gently bit down as he reached for the front of her pants. There was no button or zipper to undo on her red romper, though.

She had to walk away. Her new plan depended on it.

Yet, instead of leaving, she relaxed into him, opening her mouth to his and pressing her hands around his jaw.

She’d crawled naked into his bed to relate to him in the best way she knew how, and to get up the courage to tell him why she was really here. She’d desperately wanted to drop her usual guise and come at him straight with the information, but he’d been in no mood to hear her plight. She chickened out.

But she’d be lying if she said a part of her didn’t want him to take her up on her clear offer of pleasure. Right now, all of her was mad that he hadn’t. If he had fallen into bed with her, if they had made love and then slept in each other’s arms, then she could’ve come clean. Maybe she would’ve had the courage to tell him what was going on after all. Maybe he’d have wanted to save her life on his own instead of being tricked into it.

But now she had to throw him off kilter, plant thoughts in his head, to get him on her side.

Dana Volney lets her imagination roam free in Wyoming where she writes romances and helps local businesses succeed with her marketing consulting company. Surrounding herself with good friends and family, Dana thrives on moments and memories created with loved ones, especially while baking. Not possessing the natural ability to want to cook every day, she enjoys watching culinary shows while eating take-out - it helps her to dream up sweet treats and sexy men. Dana is bold, adventurous and, by her own admission, good with plants, having kept a coral cactus alive for more than one year.