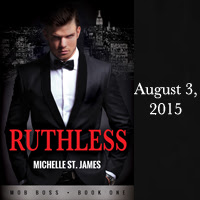 Two years out of college, Angelica Bondesan spends her time working as a barista, keeping in touch with her prodigal brother, and trying to figure out how to bridge the gap with her father, a wealthy real estate developer.

But all of that changes the night she’s kidnapped. Thrown into a windowless room, Angelica is positive there’s been some kind of mistake — until she meets Nico Vitale.

Gorgeous and frightening, Nico became the boss of New York City’s Vitale crime family after the execution style murder of his parents two years earlier. Since then he’s turned the old-school mob into a sleek, modern army of ruthless men who understand that physical violence — while always an option — isn’t the only way to get what you want.

Now Angel is forced to face the truth;

Her father is not the man she believed him to be.

She is falling in love with Nico Vitale.

"From page one you're hooked and sucked into this corrupt thrilling world. A masterful romance of deep dark suspense, complicated emotions, and exciting action." - New York Times bestseller, M.J. Rose

Michelle St. James aka Michelle Zink is the author of seven published books and six novellas. Her first series, Prophecy of the Sisters (YA), was one of Booklist's Top Ten Debut novels. Her work has also been an Indie Next selection and has appeared on prestigious lists such as the Lonestar List, New York Public Library's Stuff for the Teen Age, and Chicago Public Library's Best of the Best. Her character, Alice, won the Teen Read Awards for Best Villain against Harry Potter's Lord Voldemort. 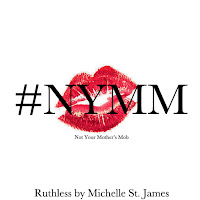