Rules of
engagement:
1) You have
the right to use force to defend yourself.
2) Fire may
be returned to stop a hostile attack.
3) You may
not seize the property of others to accomplish your mission.
4) Detention
of civilians is authorized in self-defense. 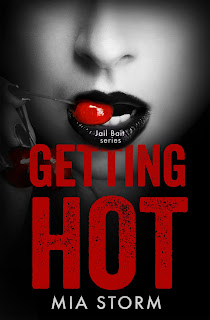 Delilah Morgan and her older sister Destiny have been on
their own for two years, since their parents burned down the family home and
went to jail for cooking meth. She’s street smart and tough. Nothing about her
says sixteen, and she’s not about to tell anyone, especially Bran, the hot
ex-marine bartender Destiny has her eye on. He’s stable and successful and
everything her sister needs to keep them off the street. The only problem,
something about Bran inspires her and suddenly she’s writing the best music she
ever has. About him.
Branson Silo knows what it means to be in the line of fire.
Home for a year from his second tour of duty in Afghanistan, he thinks he’s
safe…until he meets Delilah. Despite her sharp tongue that makes him want to
take cover, he can’t deny the attraction. But when he hires her to play
weekends at his family’s saloon, he finds out she’s more than he can
handle…which is saying something considering he used to blow things up for a
living.
When the grenade finally explodes and the shrapnel flies,
will Bran be left standing? Or has he survived years at war only to be taken
down by Jail Bait? 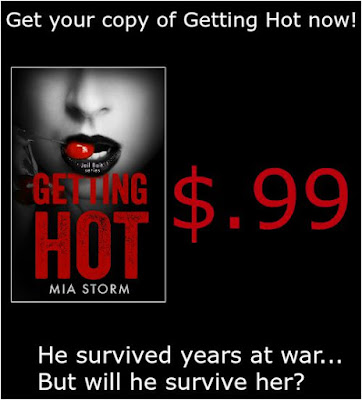 I’m blending a pair of frozen daiquiris with one hand and shaking a martini with the other when out of the corner of my eye, I see a solo blonde slide onto the barstool at the end, near the beer taps. I finish what I’m doing and prepare the tray for Carol to pick up before glancing over and seeing its Destiny.

A guy in the middle of the bar makes eye contact and nods at his empty beer mug. I grab it and start filling without really looking up at her. “Didn’t think I’d see you again till closer to closing.”

The voice is off—slightly raspy and a pitch lower than her usual. I look up again and squint at her, wondering if she’s already started drinking. She’s taken her straight hair down from the ponytail she always wears it in and it’s not as long as I remember it from the other night—the only other time I’ve seen it down. There’s also a fading blue stripe cutting through the platinum over her right ear that I’ve never noticed before.

“What can I get you?” I ask her instead of pushing it.

I’m already reaching for the vodka and cranberry to start on a Madras, her drink of choice last week, when she answers, “Rum and Coke.”

“That’s different,” I mutter, shooting her another glance.

She gives me a puzzled look. “Look, I really just wanted to find out if you hire entertainment.”

My face mirrors her puzzlement, I’m sure, as I try to process her statement. “Why?”

She hunches to the side and pulls something up from her feet. I see it’s a battered black guitar case when the narrow end peeks over the top of the bar. “Because I need a gig.”

“Didn’t know you played,” I say, pushing her drink across the bar to her.

That baffled look is back as she pulls it toward her and takes a swallow. I can’t help following the curve of her long neck downward toward a pair of large round tits perfectly outlined by her snug, low-cut T-shirt. She is definitely hot, and if we’re on the same page, then I’ve got nothing to feel guilty about. She wants me to fuck her till she screams? I’m perfectly capable of that. She sets her drink down and catches me staring. She cuts me that wicked smile again, causing my cock to stir. I return the smile, sending the innuendo right back at her.

She props her elbows onto the bar and leans forward, giving me a clear look down her shirt. “Considering that we’ve never met before, I don’t find that surprising.”

I’m so absorbed in images of my face buried in those magnificent tits that it takes me a second to process what she said.

My eyes snap to hers. “Wait…what?”

She reaches across the bar, offering me a hand. “Lilah.”

There’s a full second all I can do is stare, wondering if this is one of those split personality things you hear about sometimes. And in that second, through the dim lighting, I take in all the tiny details—a dark mole at the outer corner of her right eye; her eyes, silver instead of blue; the missing white crescent-shaped scar above Destiny’s right eyebrow; and lips, a little fuller than I remember—which are smirking at me now.

“You’re not Destiny,” I say as it all clicks.

It’s not a question, but she shakes her head. “No. I am most definitely not Destiny.”

She cocks her head playfully. “What do you think?”

“You’ve got to be. You’re fucking identical except for the eyes.” I tap my forehead. “And you’re missing a scar.”

Her perfect blond eyebrow raises in amusement. “She’s the pretty one and I’m the smart one.”

I bark out a laugh as I reach across and shake her hand. “Bran Silo. Good to meet you.”

She doesn’t let go of my hand for a second after we’re done shaking—just long enough to send a clear message that she’s interested.

A knot forms in my gut, and I realize it’s guilt. Destiny and I have an understanding, but regardless, I’m pretty sure fucking her sister would be way outside the bounds of gentlemanly behavior. Not that anyone would ever mistake me for a gentleman. “Destiny never mentioned she had a sister.”

“Doesn’t surprise me.” She takes another drink, nearly polishing it off in a few big gulps.

I tip my head at it her glass. “Another?”

“My limit is one,” she says, pushing her glass toward me. “Just Coke this time, thanks.”

Carol sweeps by on her way to the kitchen, dropping an order on my bar. “Thought you left,” she says to Lilah without slowing down. “Careful or your favorite customer might ask for you,” she adds, jerking her head at Mr. Hendricks as she disappears through the swinging door.

I bark out a laugh as I scoop ice into Lilah’s glass and fill it with Coke. “Good to know I’m not the only one.”

Lilah shrugs. “Happens all the time.” She slides out of her chair, lifting the guitar case. “So do you want to hear me play or what?”

I look around the crowded room, loud with chatter, drowning out the background music. “We don’t generally have live entertainment,” I say, which is really an understatement. We’ve never had live entertainment. But for some reason, I’m not willing to shut Lilah down so fast.

When my eyes find her again, annoyed impatience shines loud and clear out of her gaze. “So that’s a no?”

I feel my mouth pull into a cocky half-smile. “I didn’t say that.”

She opens her case and pulls out her guitar, unabashedly climbing through the window I left ajar for her. I watch as she sets herself up on the stool and rests the guitar in her lap, gripping it softly but confidently. She starts strumming, and I expect her to be discrete, since this is basically an audition, but there’s not a shred of self-consciousness or embarrassment anywhere in her disposition as she begins to belt out lyrics—an old No Doubt song that I can’t remember the name of.

The way she plays, as if on instinct; the passion in her voice, and the fact that she’s really fucking good, starts to turn heads at the tables closest to us. As they quiet and listen, more tables still, and soon the only thing she’s competing to be heard over is the Kat Country on the speakers. But she doesn’t decrease her volume. If anything, as eyes find her, she becomes louder, feeding off the attention.

I reach under the bar and click off the stereo, then lean onto the back counter and cross my arms, listening as she finishes one song and launches into the next.

A guy at the bar pulls a five from his pocket and flags me down with it. I grab his beer mug, but he shakes his head. “Is there a tip jar?” he asks with a nod toward Lilah.

I pull a fresh mug from under the bar and he slips the five inside, then I set it at the end of the bar near Lilah. She cuts me a smile and her eyes slide down my body as she sings.

And fuck me. I lean my hands on the bar and press against the lower counter when my dick won’t yield to my will. Without a doubt, everything Destiny has going on, Lilah’s got that and more. 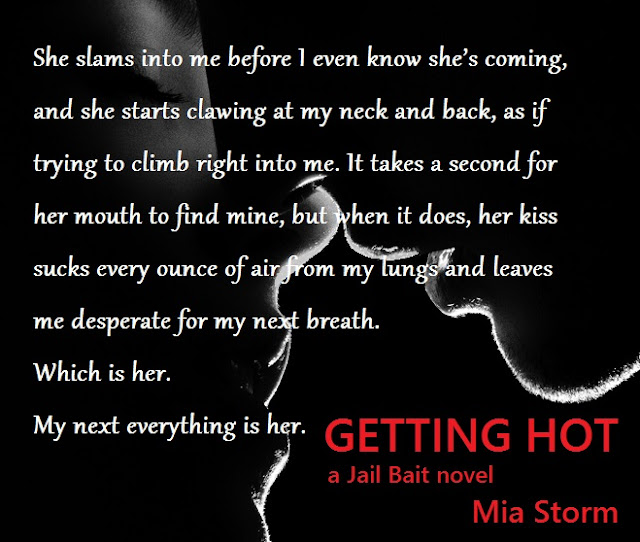 Mia Storm is a hopeless romantic who is always searching for
her happy ending. Sometimes she’s forced to make one up. When that happens,
she’s thrilled to be able to share those stories with her readers. She lives in
California and spends much of her time in the sun with a book in one hand and a
mug of black coffee in the other, or hiking the trails in Yosemite. Connect
with her online at MiaStormAuthor.blogspot.com , on Twitter at @MiaStormAuthor,
and on Facebook at www.facebook.com/MiaStormAuthor
Posted by Jax's Book Magic at 9:30 AM