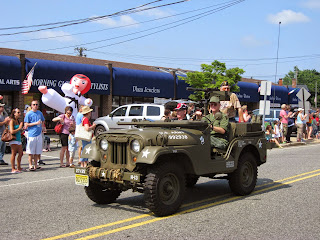 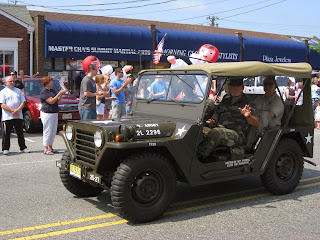 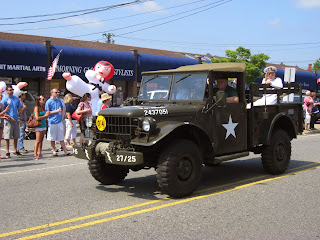 As we approach the Memorial Day weekend, people are thinking of the extra day off they get from work or the BBQ they are having or going to. Here is a little history on Memorial Day.

My husband and his family all participate in many (7) parades over the next 3 days and I will be working with our local American Legion Auxiliary to prepare for the Memorial Day Parade and we invite everyone back for hotdogs and refreshments. Above are some of the picture of past parades.

Memorial Day is a US federal holiday wherein the men and women who died while serving in the United States Armed Forces are remembered. The holiday, which is celebrated every year on the final Monday of May, was formerly known as Decoration Day and originated after the American Civil War to commemorate the Union and Confederate soldiers who died in the Civil War. By the 20th century, Memorial Day had been extended to honor all Americans who have died while in the military service. It typically marks the start of the summer vacation season, while Labor Day marks its end.

Many people visit cemeteries and memorials, particularly to honor those who have died in military service. Many volunteers place an American flag on each grave in national cemeteries.

Annual Decoration Days for particular cemeteries are held on a Sunday in late spring or early summer in some rural areas of the American South, notably in the mountains. In cases involving a family graveyard where remote ancestors as well as those who were deceased more recently are buried, this may take on the character of an extended family reunion to which some people travel hundreds of miles. People gather on the designated day and put flowers on graves and renew contacts with kinfolk and others. There often is a religious service and a "dinner on the ground," the traditional term for a potluck meal in which people used to spread the dishes out on sheets or tablecloths on the grass. It is believed that this practice began before the American Civil War and thus may reflect the real origin of the "memorial day" idea. 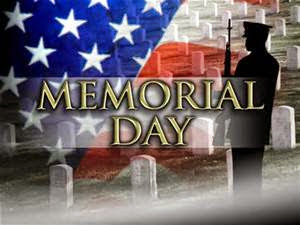