Today we have the blog tour for A.S. Teague’s WHEN YOU BECAME MINE! Check it out and be sure to grab your copy today!! 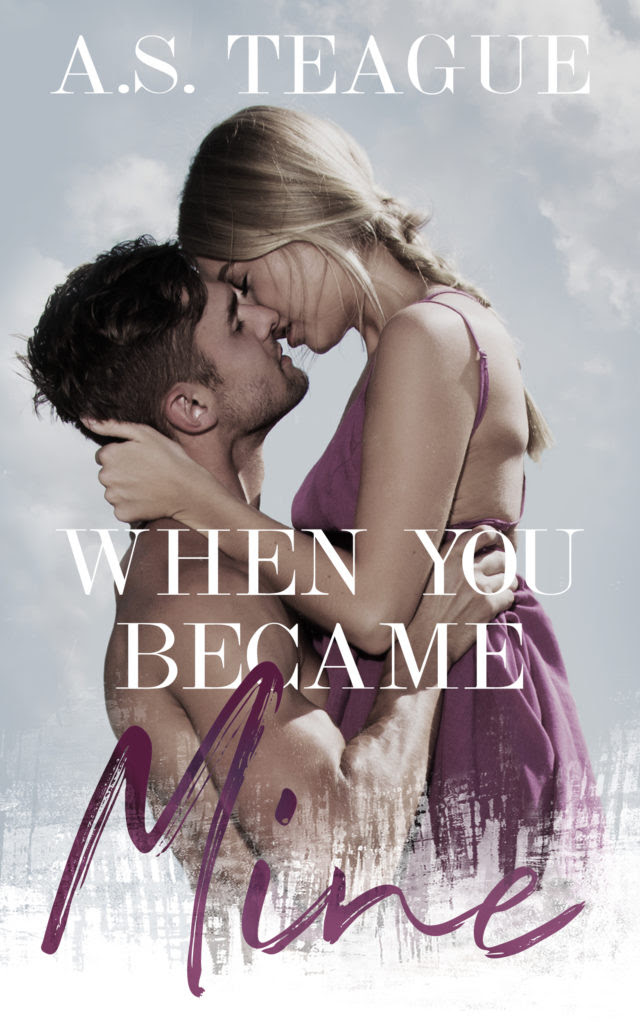 Title: WHEN YOU BECAME MINE

About When You Became Mine:

I was twelve years old when I fell in love with Piper Kelley. Even at the age of eight, she was everything I wasn’t: brave, bold, and beautiful.

The night of my college graduation party, I finally made my move, but Piper only had eyes for one man—my younger brother.

With a battered heart, I left for Vegas, determined to put her behind me. But eight years later, fate proved once again that it had never cared about my plans.

Now, I’m back home, and determined not to fall into the same trap I spent the majority of my adolescence trying to escape.

But when Piper finds herself at the risk of losing her medical license, I realize just how far I’m willing to go to protect her.

I was twelve when Piper Kelley became mine.

It’s time I let her know.

“Can we please talk about something else?” I’d just bent down to pick up Piper’s stuff when she threw the door open, nailing me in the head with the solid wood door. “Fuck,” I groaned, falling onto my ass.

“Ohmygod, I’m so sorry!” she shouted, dropping her bag before sinking down in front of me. “Crap, Lawson, are you okay?” With an arm under my elbow she helped pull me back to standing. “Go sit on the couch, let me look at you.”

She tugged the stethoscope from around her neck and gestured for me to sit down.

“No, I’m fine,” I said as I rubbed the knot that was already forming on my scalp. Thankfully, it was covered by my hair.

Georgia cleared her throat and Piper turned. “Hey, Georgie! What are you doing here?”

She shrugged, a sly smile on her face as she replied, “Just came to see my big brother. Seems he’s having girl problems. Thought I’d give him some advice.”

I shot her a look, hoping she could see the murderous thoughts that were flashing through my mind and she’d shut up. When she kept grinning and then winked at me, I narrowed my eyes.

Piper pushed back to her feet and looked between us. “Girl problems, huh? You didn’t tell me you were seeing anyone.”

Still rubbing my head, I grumbled, “I’m not.”

I winced and the confusion on Piper’s face quickly changed to concern. “Seriously, come sit down, let me look at your head.” She was all business, her medical training taking over, and she pushed me toward the couch. I sat down and let her poke and prod my head, all the while trying to ignore the way her fingers felt sifting through my hair.

She squatted down in front of me and pulled a penlight out of her scrub pocket, shining her light in my eyes. I tried to look away, but she grunted at me, pulling my attention back to her eyes.

I’d forgotten what a brilliant shade of blue they were, and the longer she checked my eyes, the more time I had to study them, to see the flecks of gold that were scattered through the clear blue. She continued to look me over, her face just mere inches from mine, and I could feel her soft breaths on my cheeks.

I wondered what she’d do if I leaned in, just a few inches, and brushed my lips over hers. Would she sigh, letting her lids flutter shut and lean into me? Throw her arms around my neck and melt into my body as I pulled her close and continued to explore her mouth, tasting her, the way I’d wanted to for the last ten years?

She stopped shining the light into my eyes but didn’t move away. We stayed that way, staring into each other’s eyes, for another moment, and I swear to Christ I saw her body begin to sway toward mine. My heart began to gallop as her eyes did in fact flutter shut.

I cleared my throat and her eyes snapped open. My voice was gravelly as I asked, “Am I going to live?”

“Ah, yeah.” Her voice was hoarse and she quickly cleared the emotion away.

I pushed off the couch and grabbed her hand, pulling her to her feet. Her body was close to mine, too close, and I suddenly needed some air. “Told you I was fine.” 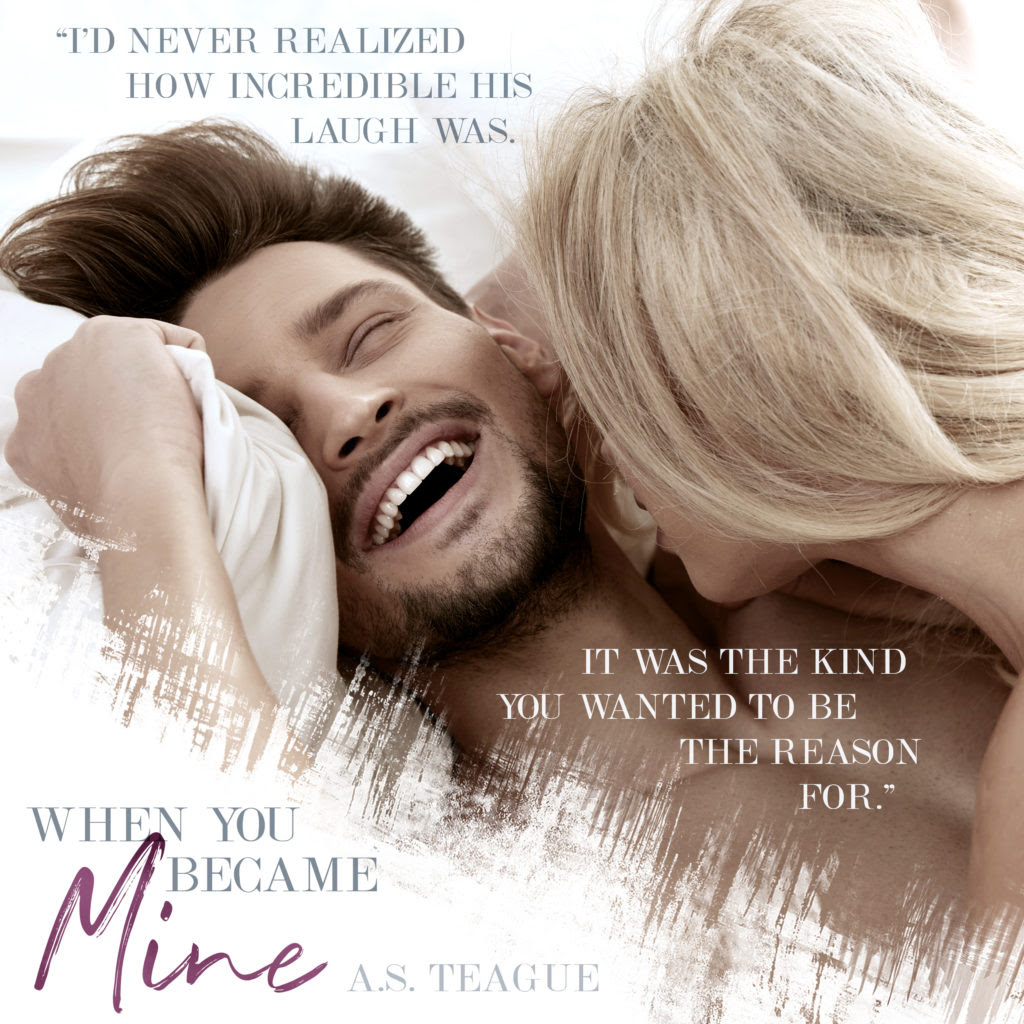 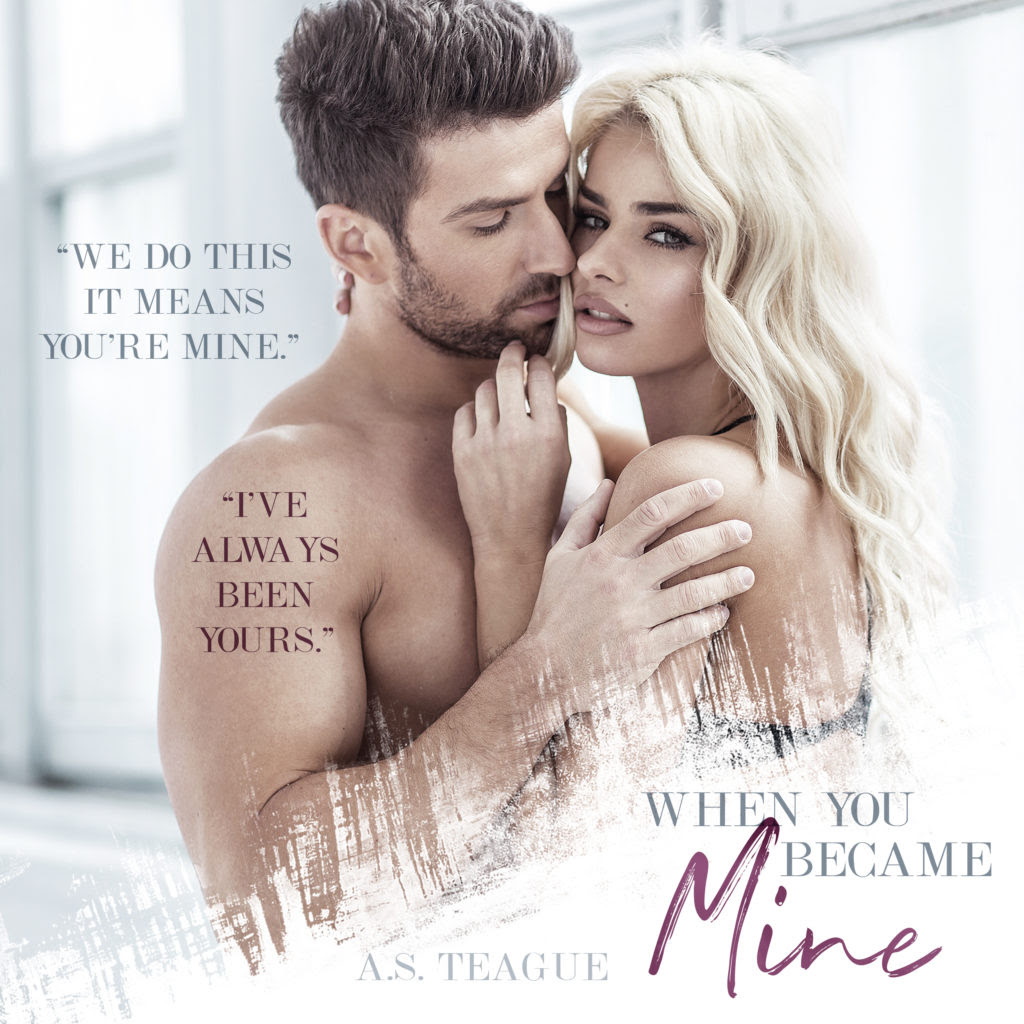 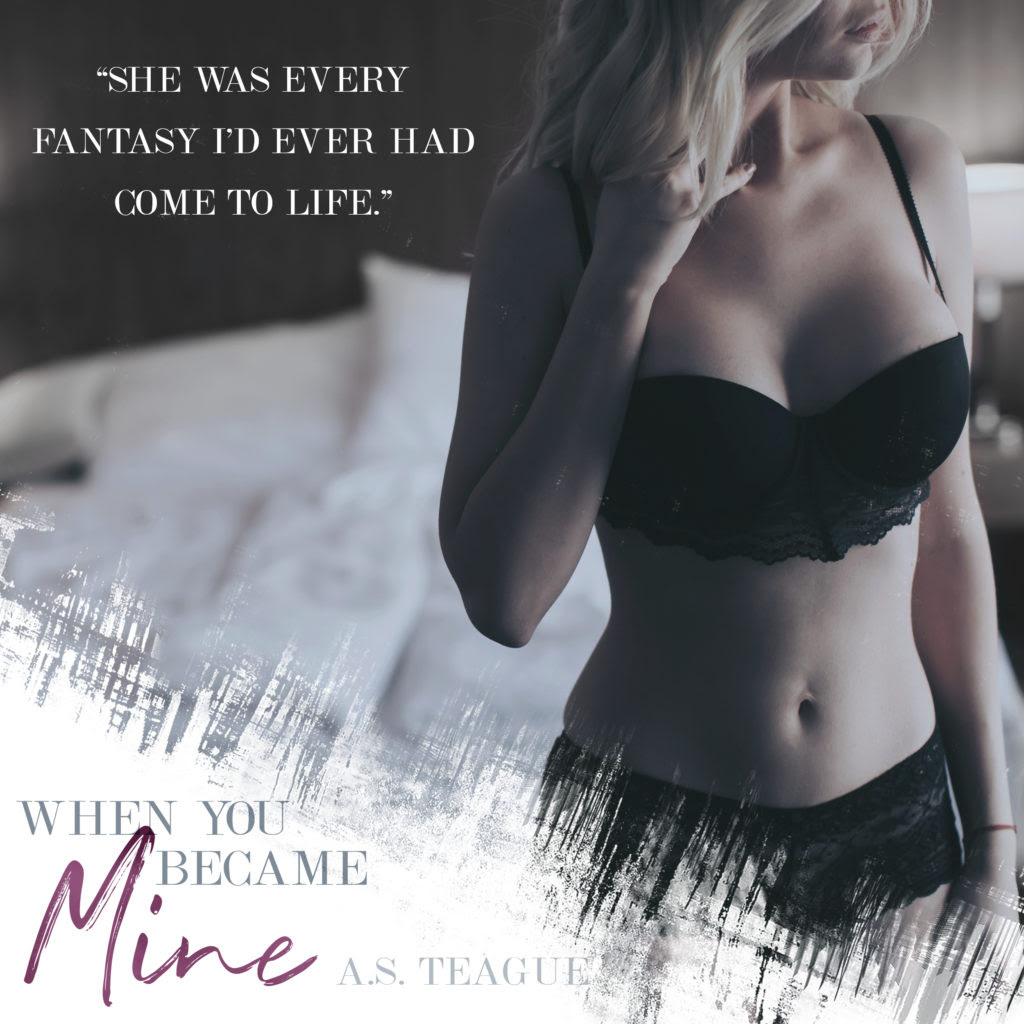 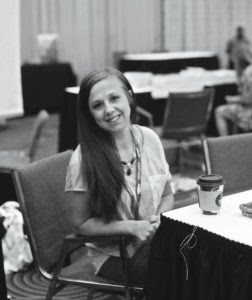 A.S. Teague enjoys the warmth of South Carolina with her husband and two daughters. The stereotypes about peach cobbler and sweet tea are not overstated. After years in the medical field, she is now enjoying every minute of being a stay-at-home mom. She loves wine, the beach, wine on the beach, and crying at Disney movies. When she doesn’t have a book in her hand, she can be found pestering her husband with pictures of animals she wants to rescue, as well as debating whether to exercise or take a nap.