Today we have the gorgeous cover reveal for Brittani Mari’s THE ILLICIT REVEALED! Check it out and be sure to grab your copy on Nov 26th! 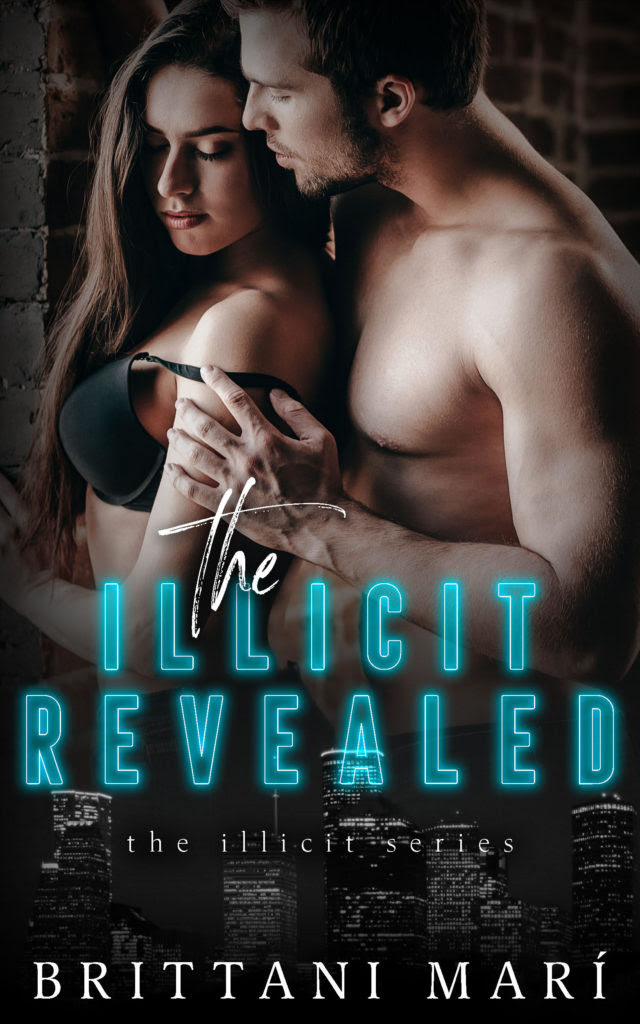 About The Illicit Revealed:

Wesley Black was a man who was off limits to me for obvious reasons, but I moved closer to him anyways­­­–Indulged myself in his dangerous touch. Skillful hands. Sensual mouth.

Then reality slapped me in the face. My past suddenly snuck its way back into my life. The lies. The truths. The regret. The memories.

Sometimes you don’t really see the truth until it’s too late.

I can attest to that.

My name is Mia Johnson and this is not a love story. 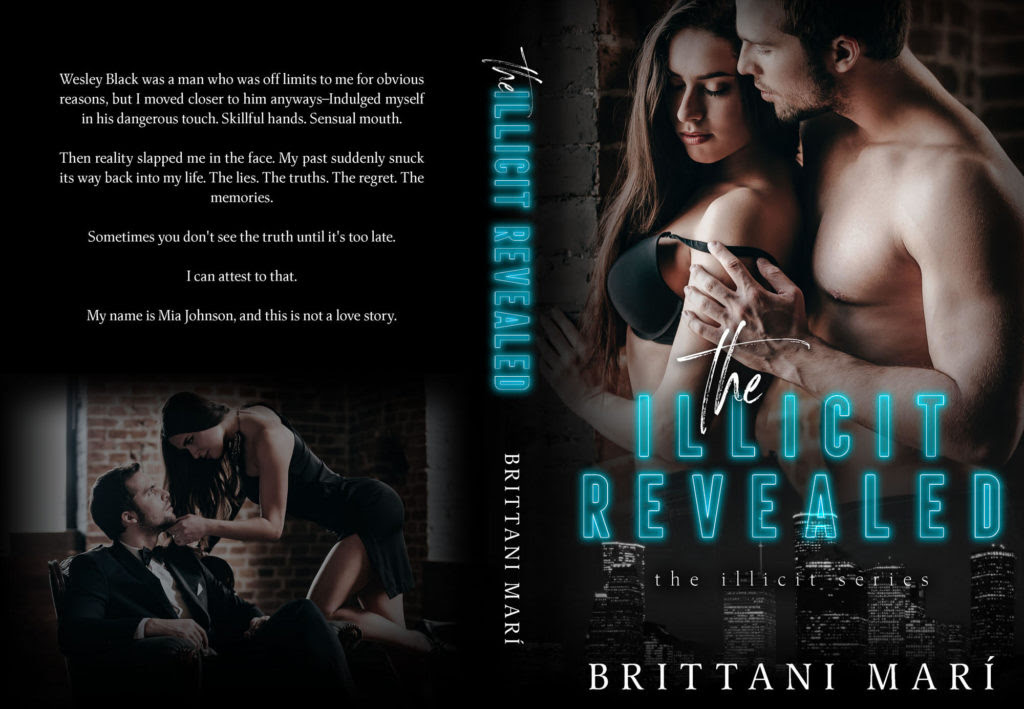 It felt like ages before the vehicle stopped. After our short conversation, the ride had continued in silence. The man never once commented on my distress. In fact, no one saidanything. I had started to believe we would stay in the vehicle forever when I finally heard him speak again, but it wasn’t directed toward me. He was on the phone.

“We’re here. Just making sure it’s okay to bring her in.”

By the time the door opened, I considered refusing to get out of the car, but he had told me nothing would happen to me if I cooperated. However, him asking someone else if itwas okay to bring me in made me think I was some sort of bargaining chip. They wanted to be sure I wasn’t seen. Wanted to keep me hidden.

So many negative thoughts began to swim in my head, I decided to just give in, surrendering to whatever I was walking into. I had put myself into my current situation by disobeying and skipping out on my security, but if Alek were doing this to teach me a lesson, I would never be able to forgive him.

I sighed silently. In the back of my mind, I knew it wasn’t my father or him. I just prayed for those possibilities because, in the end, I knew I wouldn’t be safe wherever I was going. If it weren’t them, I had walked right into the arms of the enemy. I knew the only reason the enemy would send for me was to use me. Use me to threaten my husband…or my father, if he had really come back. What if this person were the same one who had threatened my father and killed my mother? What if it was Alek’s enemy? The one who tried to shoot him? There were so many possibilities, I gave up thinking about them.

“Watch your step,” the man said, grasping my arm.

I was ushered out of the vehicle. We walked a few minutes, then stopped. I heard a ding and doors slide open. An elevator? I was led inside. As the doors closed, I held my breath, claustrophobia closing in on me. The man didn’t say anything else, yet I knew we weren’t alone. I heard breathing.

My heartbeat quickened as the elevator climbed. When the doors finally opened, I felt a light shove and stepped forward. The elevator doors closed and I was met with silence. Was I the only one who stepped off? I waited to be attacked or something, but that didn’t happen.

What did happen left me confused, breathless…and aroused. I smelled that familiar scent–his scent. I shivered as arms wrapped around me, pulling me against a hard chest. I felt wetness develop between my legs as his hand slid up my dress, feeling for the evidence of my need, my desire. I was no longer scared or worried. I knew where I was because there were so many signs of him that would be forever etched in my brain. His smell. His touch. His dominant aura. I would never be able to forget him.

As the fabric was gently removed from my face, the person turned me to face him.


Catch up with the Series: 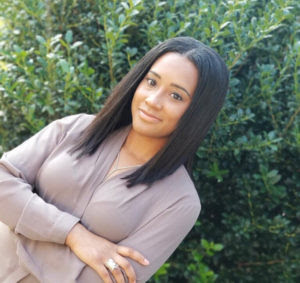 Brittani Marí is a writer and reader at heart. The genres she enjoys reading and the storylines she loves to create range from a sexy romance novel to fast-paced suspense. Her typical day when she isn't knee deep in finishing a chapter of her latest creation or reading a book by one of her favorite authors consists of working her regular nine to five and hanging out with friends. The Illicit Affairs is one of her first stories she's decided to share with the world, and she hopes you enjoy every second of it.