Today we have the blog tour for ALL THE WRONG PLACES by Randi Perrin! Check it out and be sure to grab your copy today! 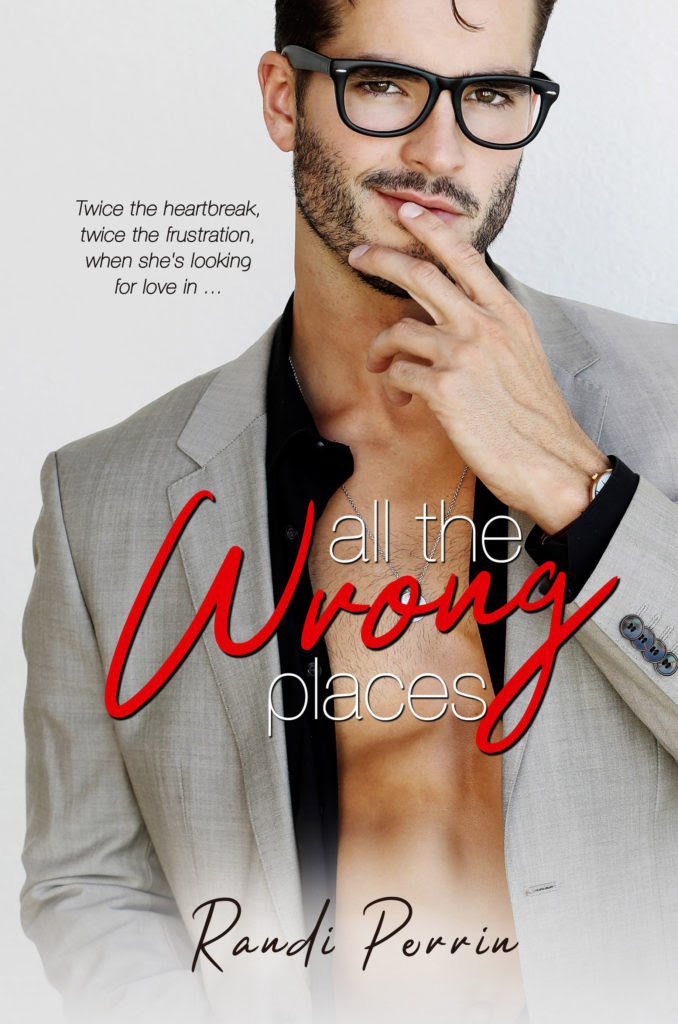 Title: All the Wrong Places

About ALL THE WRONG PLACES:

American-born, Australian-raised Rachel Kennedy was born to be an actress--all the way down to her drama queen ways. But when a bad day leaves her life and her dream in ruins, she's not sure what to do next. Her silver spoon-upbringing never prepared her for that.

With a bank account at nothing and an inability to pull off a convincing accent for casting directors, Rachel's about to give up on everything. Not on her best friend's watch. Lily is there to help her every step of the way--if the definition of help involves convincing her to take drastic measures, each one blowing up more than the one that came before.

Once Lily shoves Rachel into the let's-get-drunk-and-screw-a-stranger phase, she winds up tangled in the arms of Christian Whitmore, a cop with a sinful smile, sexy stubble, and impeccable timing. He's there to pick her up when she falls and to take her out for fish and chips at her favourite place.

But then again, so is his identical twin brother, Kevin. Double. Trouble.

Stuck at a major crossroads in her life, can Rachel ever find happiness again, or is she just looking in all the wrong places?

“Rachel Kennedy.” The guy wearing hipster glasses and khakis that were an inch too short and showed off his mismatched argyle socks tapped a pencil against the clipboard in his hand and scanned the room. “Ugh, Rachel Kennedy. Going once, twice…”

“That’s me,” I shouted as I stood, crumpling the eviction notice into the bottom of my bag. I waved my hands in the air as if I feared he didn’t notice me in the sea of women in their mid-twenties all vying for the same part.

He gave me a once-over and shrugged. “Right this way, Miss Kennedy.”

Well, at least I didn’t get the snort of derision that directly translates into you don’t belong here that I often get. It’s a step in the right direction.

I smiled, my lucky, last season Louboutins clicking on the dingy, white, tiled floor as I walked past a dozen other hopefuls going through their pre-audition rituals. Some closed their eyes and mouthed their monologues. Others paced the floor. One actress, whom I’ve always admired, had her yoga mat out and was in the middle of a sun salutation.

I needed some yoga right now. Or Xanex. Something to ease my nerves from this audition and the frustration about the eviction notice I pulled out of the mailbox the other day. I know I’m not rolling in the dough—anymore, since Daddy told me it was time to live on my own money instead of his—but I paid my half of rent. There may not be petrol money or much food some months, but that rent cheque clears on the third of the month like clockwork. I knew my boyfriend, Mark, had been struggling to make his half because his hours had been cut at work. Our landlord was none too pleased, but he said he’d work with me. Turns out he’s a liar, because now we’re out on the streets in a week.

Straightening my back as I walked into the dark auditorium, I pushed all my anger and nerves aside. I needed to nail this audition. My career depended on it. I hadn’t had a show since Nunsense a year ago, and with that notice burning a hole in the bottom of my designer handbag, even more was riding on this. My big break had to come soon. My mother never made it as an actress, but by God, I was going to. I was going to live the dream she gave up for me. I knew she’d never see it, but I was still going to make her proud.

The click-clack of my heels gave way to a thunk-thunk as I stepped onto the honey-coloured wooden stage. Standing center stage, I focused on the orchestra pit. Staring back at me were three casting directors, and I had to swallow back the bile that crept up my throat. I wouldn’t have a chance in hell if I spewed on the casting directors. The only person who had ever chucked on a casting director and still landed the role was Cassandra Browne. Just thinking the thought of about her sent a shiver down my spine.

Taking a deep breath, I shook the nervous energy out of my hands.

“Whenever you’re ready, Ms. Kennedy,” said a familiar older man with a bushy monobrow. Directopillar. He had a reputation for being tough to impress. But I had impressed him when I landed Nunsense. I could do it again. No. I would do it again.

I glanced at the other two casting directors but didn’t recognise them. I closed my eyes and gathered everything in me before I opened my mouth.

“Well, Tommy has proposed to me again. Tommy really does nothing but propose to me.”

I shuffled my feet as I debated continuing in the contrite southern accent that fell off my tongue like I meant to do it. Or should I stop altogether and ask for a redo? The former would be embarrassing, the latter unprofessional. There was no way to win here. Either way I went, I was a colossal screw-up.

Directopillar paused from taking notes and glared at me, a scowl on his face. I wouldn’t be surprised if his note read, Go back home to the States.

“Excuse me, Ms. Kennedy,” Directopillar said, his proper British accent mocking me. “You are aware An Ideal Husband is set in London, correct?”
“Yes, sir.” I nodded, avoiding eye contact. I didn’t want to see the disappointment painted on his face; the tone of his voice was disparaging enough. “I just thought it might be fun to put an American spin on it. Who better to make fun of than those in the American South?”

“We will not be changing the setting.” He cracked the pencil in his hand and tossed it over his shoulder. “I will give you one more chance—and know this is not a luxury I grant many people. Please start from the top.”

Grateful for the second attempt, I decided to move closer to them, so the emotion I portrayed wrapped them like a warm blanket, leaving them with a warm fuzzy that whispered, “Cast Rachel Kennedy,” for the rest of the afternoon.

I walked to the edge and dropped down to the stage, without showing the casting directors everything I owned—not that it mattered. My boyfriend, Mark, and I hadn’t had sex in so long, I think my hymen had grown back. All I needed was a pair of granny panties, and my transition back to virgin would be complete. 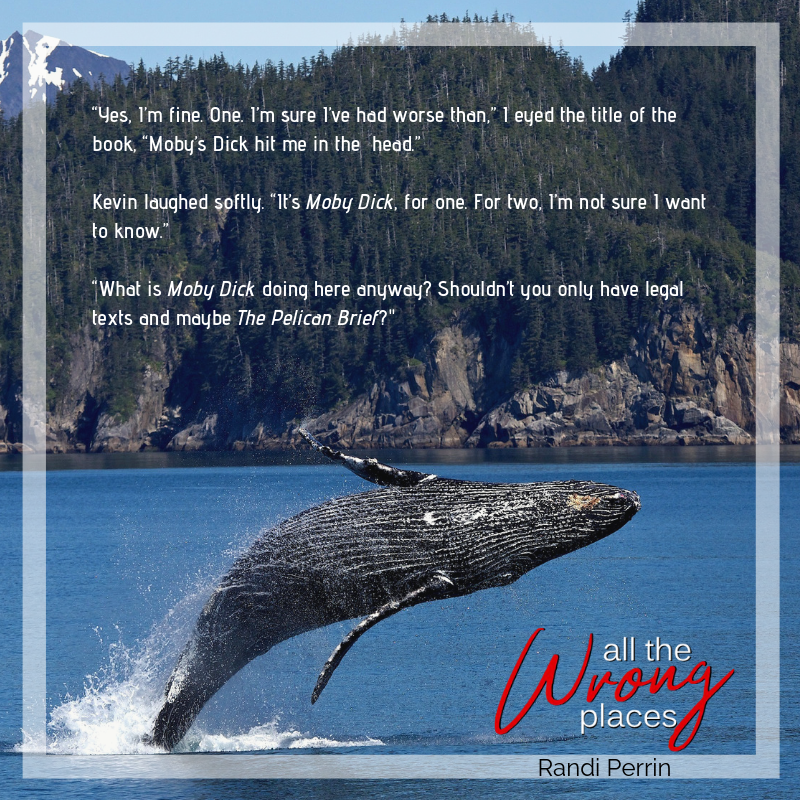 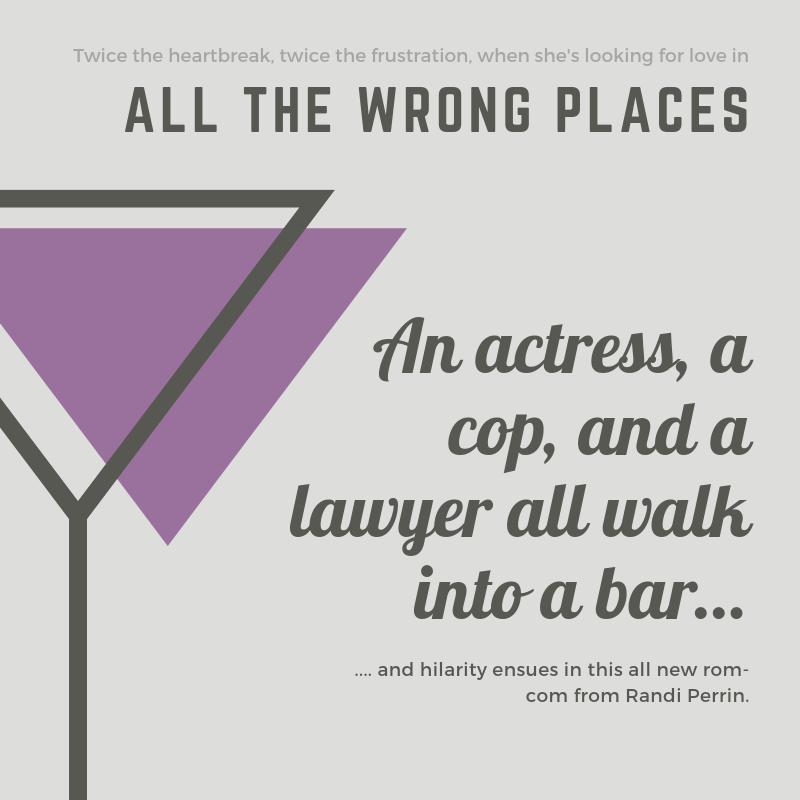 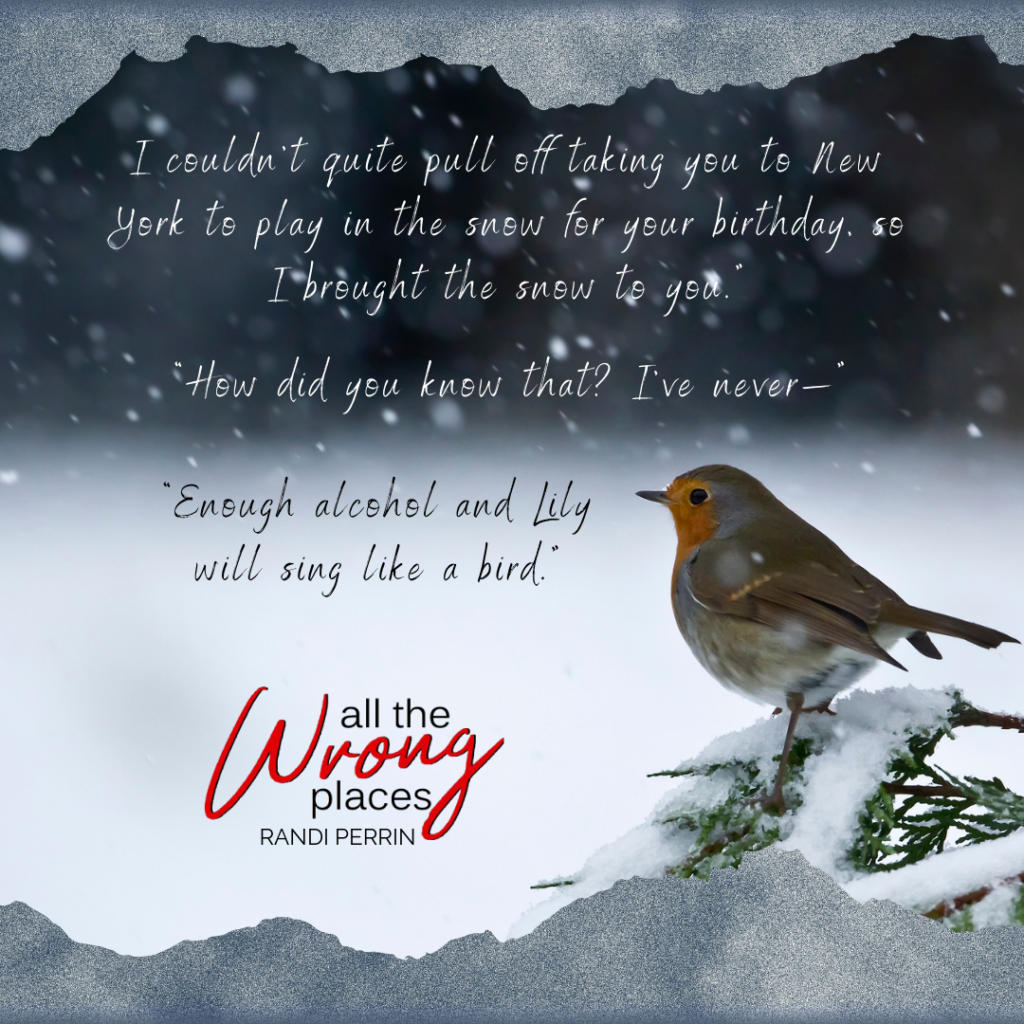 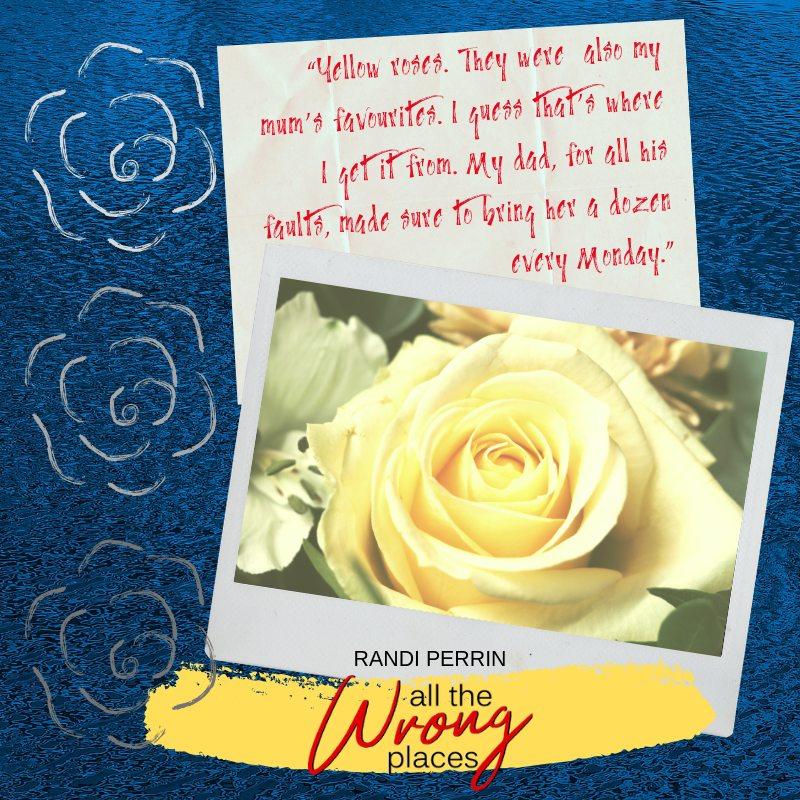 English may be Randi’s first language, but she’s the most fluent in sarcasm, and it shows in her writing. She is known for creating snarky, realistic characters—badass heroines who can hold their own and flawed, yet lovable heroes. Like Randi, her characters run on caffeine and swear words.

Her characters are often built around dichotomy, much like Randi herself. Although she is the least romantic person in the world, she writes romance. She also refuses to pick a lane on the romance highway, sometimes writing contemporary, other times paranormal, but always smokin’ hot.

She is the author of the Earthbound Angels paranormal romance series, several contemporary romance novellas including Anticipating Temptation and Mi Amor, and a gay romance novella entitled Wreck You. She has also had several short stories published in anthologies. Her next full-length novel, a romantic comedy entitled All the Wrong Places, will be out in Summer 2019. 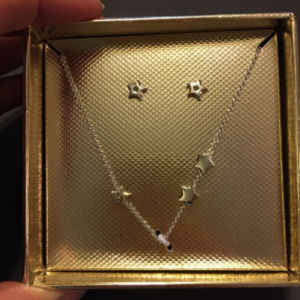