Today we have the blog tour for White Collar Rancher by Marie Johnston! Check it out and be sure to grab your copy now! 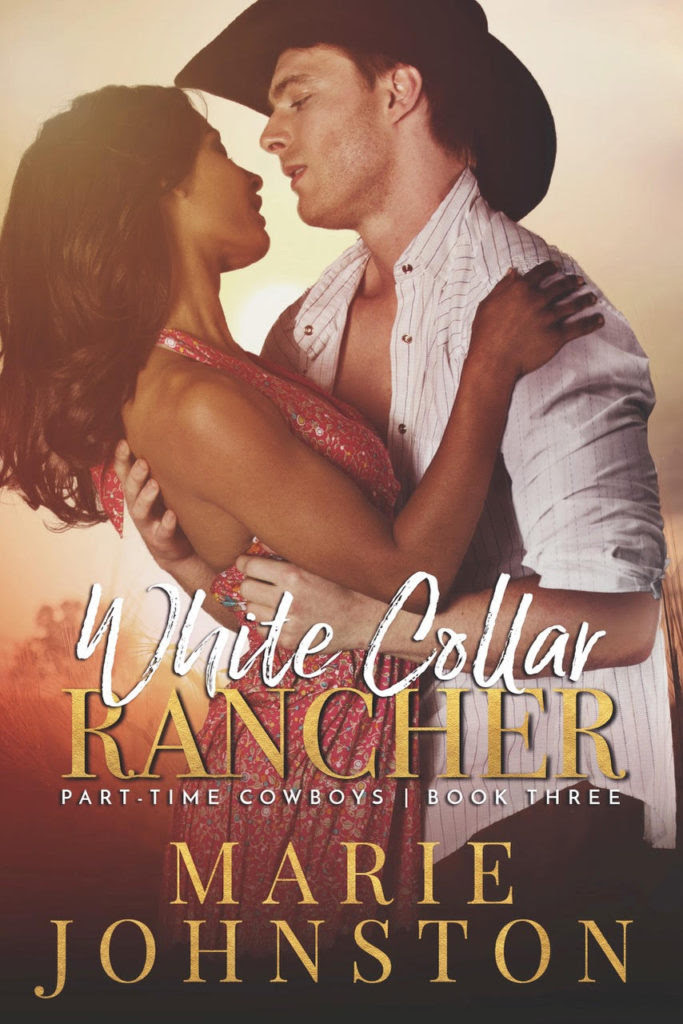 Justin used to rule the boardroom. Now he rules his own little plot of land, or he could if he weren’t a clueless single dad with a newborn. Desperate for help, he calls out an SOS to an old friend—the doctor who delivered his son. But the longer she’s around, the harder it is to ignore that a stunning intellect isn’t her only appeal.

It was supposed to be just two friends getting through a baby’s colic together. Only Priya has harbored way more than friendly feelings for Justin for years, and she’s struggling to keep her thoughts platonic around the scruffy, rugged rancher. It doesn’t hurt that he’s the only friendly port in a frigid small town that was supposed to welcome her back with open arms.

Justin’s sworn off women and refuses to change for anyone. Priya’s fighting to save her job and has no time to soothe male egos. So a friends-with-benefits arrangement seems like the perfect solution…except no one warned them one of the “benefits” could be a broken heart.

“Smells good.” He was close. She didn’t turn to look. It was hard enough to concentrate as it was. “But maybe a little burnt?”

This time she did turn and look at him over her shoulder. Burnt?

“Ha. No pressure.” She went through the motions of finishing supper, but her mind was on the man in the kitchen. “You could’ve gotten a professional meal. Instead, I have to represent.”

“This’ll be even better. Because you made it for me.” They stared at each other for a heartbeat. “And it’s free.”

Perhaps the simmering tension between them had been her imagination. Wishful thinking. “I can do free.”

She removed the pot of risotto from the stove and flipped the burner off. She kept her back to him. “Of course.” That was her. Reliable.

He planted himself against the counter next to her. “Hey.”

He didn’t say more but the burn of his gaze blazed into her. She peeled her gaze off the marbled granite and met his.

She shrugged as casually as she could manage, but after the last three months, it was a piss-poor effort. “Nothing.”

He tilted his head. “Really? I’m pretty dense, but I’ve picked up on some signs. Spill it.”

Where did she begin?

Her family took her for granted, and while they were off having the time of their lives, they were all okay leaving her behind.

Or how about that all her friends lived in other towns and were also friends with her ex, who was off doing fabulous things? Meanwhile, she’d managed to lose the trust of all her patients, who were slowly and painfully canceling all their appointments and going to different doctors.

So, yeah, she might lose her job. Wouldn’t that suck? To get fired in her own hometown? Who would hire her if the place she was born in wouldn’t even keep her?

Even worse, they were leaving her because of what had happened to Maisy.

He lifted a blond brow and slid closer. “I don’t think so. You can talk to me, you know. We’ve done a lot of talking.”

Her traitorous body turned closer to him as he faced her. “Because we’re friends.” Bravo. She kept the bitterness out of her voice.

Her gaze dipped to his mouth. His whiskers weren’t long enough to hide his lips. Would they tickle if she kissed him? “What else do friends do?” 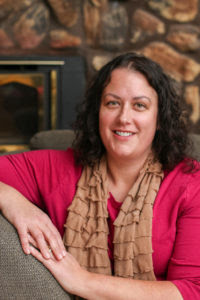 Marie Johnston writes award-winning paranormal and contemporary romance and is a RITA® Finalist. Before she was a writer, she was a microbiologist. Depending on the situation, she can be oddly unconcerned about germs or weirdly phobic. She’s also a licensed medical technician and has worked as a public health microbiologist and as a lab tech in hospital and clinic labs. Marie’s been a volunteer EMT, a college instructor, a security guard, a phlebotomist, a hotel clerk, and a coffee pourer in a bingo hall. All fodder for a writer! She has four kids and just as many cats.