Today we have an exciting blog tour stop for Sarah Brianne’s DRAGO! Check it out and be sure to grab your copy today! 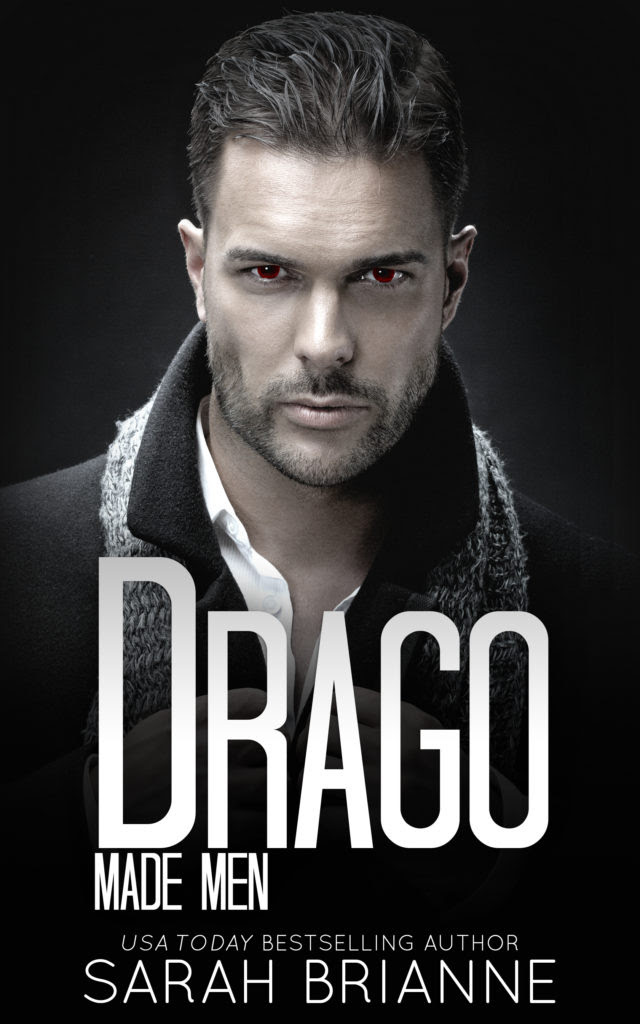 Drago is the protector, willing to risk his life for the Carusos.

Katarina is a Luciano, protected only by her brothers.

Gunned down by her Family, he is seeking vengeance.

Chosen by his, she’s forced to unite their blood.

Marrying him would be a marriage made in hell.

I Beg of You

Drago walked down the line of the Luciano women who were lined up perfectly in a row. Each one was different to the next, giving him many options, but none of them had sparked an interest in him so far. He reached the last one in the row; she was easily the hottest one in the bunch. The right age, the right face, and the right fucking body. Hell, the bitch was practically asking to get picked the way her red bra and big tits popped out of her shirt, not to mention the way she kept eye fucking him.

Smiling, he could just imagine how pissed the Lucianos would be to take her ass away from them. This was the day he had been waiting for since the bullets had ripped through his body. Payback’s a bitch. Opening his mouth, he had finally made his decision. “She’ll d¬¬—”

“This is all your women?” Lucca asked from the corner of the room, stopping him from sealing the deal.

The room went dead silent, till a throat was cleared and a deep voice escaped the oldest Luciano brother. “Yes.”

“Don’t lie to me, Dominic,” he warned with a deadly whisper as he stepped away from the corner till he stood inches away.

Squaring his shoulders, the new Luciano boss looked him straight in his eyes. “These are all the Luciano women over the age of eighteen. Just like we promised.”

“Alright.” Lucca raised a brow. “Then you don’t mind if I look around, do you?”

There was a slight flex in his jaw. “Not at all.”

As he left the room, Lucca’s shoulder pushed into Dominic’s as he passed before he slowly disappeared into the Luciano home.

Wondering what the fuck his underboss was up to, Drago decided to let it play out, even though his decision was made. His eyes moved over the men in the room while they waited for Lucca’s return. There seemed to be a silent shift, his protective instincts going on high alert. He looked at Dominic first. It was his teeth he ground just a bit too tightly; he was almost undetectable. Then to the middle brother, Matthias, who was the most obvious. His leg bounced up and down harder and harder with every minute that passed while sitting in the chair he was slouched in. They were holding his identical twin, Angel, as collateral for the time being, so he supposed he had more to lose if this deal went bad. The last brother however, Cassius, was very young and in the early stages of high school. There was something about that kid Drago didn’t like. He reminded him of those kids in the horror movies who were possessed and stared at you a little bit too long. He was a scary little fucker with obscure eyes who definitely had no business being here. Fucking Lucianos.

A few more minutes passed till they could hear footsteps coming back toward them. Lucca started entering the room again, and it wasn’t till he took a step toward the right did he reveal what he found.

Drago stared at the young woman who was standing behind him. She was pale with long hair that looked almost blond but wasn’t; it was the lightest shade of pink you’d ever seen. Her eyes, however, were as black as the leather jacket and eye makeup she wore. It all made her look even paler than she probably was.

“Fuck.” Matthias jumped up from his seat.

Dominic took a step toward her, trying to grab her. “S-She’s only seventee—”

A hand came up, silencing him. Turning, Lucca stared the girl down, addressing her. “Is that so?”

Her black orbs danced between the three Luciano brothers.

“I’d advise you not to lie or…”—his light finger came out to touch her chin to make her finally look at him¬—“your brothers¬,” he emphasized, letting the room know he knew exactly who she was, “are going to find out the hard way to never fucking lie to me again.”

You could hear a pin drop in the room from the deafening silence. The only thing that rivaled the quietness was the tension.

She swallowed hard as the truth came out. “I’m eighteen.”

Vinny’s voice filled the silence with a hard consigliere tone. “I’d advise you and your men not to lie to the Caruso family, Dominic. I thought by us keeping Angel in our possession, that was understood.”

Understanding the threat he was just given, he held the bridge of his nose, clearly trying to think of how to get out of this fucking mess. “She’s my—our only sister, Lucca, and she is only safe here with us. Please, you have a sister. I beg of you to try to understand.”

Looking at her a moment longer, Lucca dropped his finger. “Get in line,” he hissed fatally at her.

Drago watched her bravely walk to stand beside the woman he had already chosen.

“Now, you may choose,” his underboss gave him the order.

He walked the line once more, this time paying close attention to each prospect. Making it all the way down to the woman he was seconds away from choosing. Truthfully, it was his dick that wanted to pick her. The way she eye fucked him now as she licked her lips made the decision even easier. However, there was a desperation in her eyes he had overlooked the first time. She was simply the decoy to keep him distracted; he saw that now. The Lucianos so clearly wanted him to pick her, knew she would be too irresistible not to choose. And I took the bait… Taking a final step, he stood in front of the pretty pink-haired girl… Almost.

Drago lifted his fingers, and unlike Lucca, he grabbed her chin, holding it tightly between his finger and thumb to force her eyes to his. “What’s your name, sweetheart?”

“Katarina.” Her voice came out huskier than he would have thought was possible for her age. “Katarina Luciano.”

He stared down at her. She sure as fuck wasn’t what he wanted. She was far too young for his taste and was definitely not his type, wearing too dark eye makeup and leather. He preferred a more natural look. She not only fit the Luciano esthetic of a rougher vibe, but she looked like a Luciano, not to mention she fucking was one. The worst kind. Three words were whispering through his mind over and over as he continued to stare at her. The devil’s daughter.

Drago had been about to choose with his dick, but now something much more satisfying was going to decide who it was he was going to marry, and it was going to taste so sweet. Dropping his hand from the tiny chin, he looked over at his underboss, the slight smile visible to him finally. You really are a sick fuck.

Unable to help glance at her once more, he let himself do so only for a split second before he looked back at Lucca. Quickly, he nodded, giving his final decision to his underboss before he turned to walk out.

Matthias was the one to grab his little brother up to keep them from all getting killed.

Drago didn’t look back. The bullets the Lucianos had driven deep into his heart had killed it. He had made his decision the second he saw her devil eyes, and the ruin he was going to cause that fucking family might finally give him a full night’s rest since he’d been at the gates of Hell.

Payback wasn’t a bitch. It was a fucking monster. 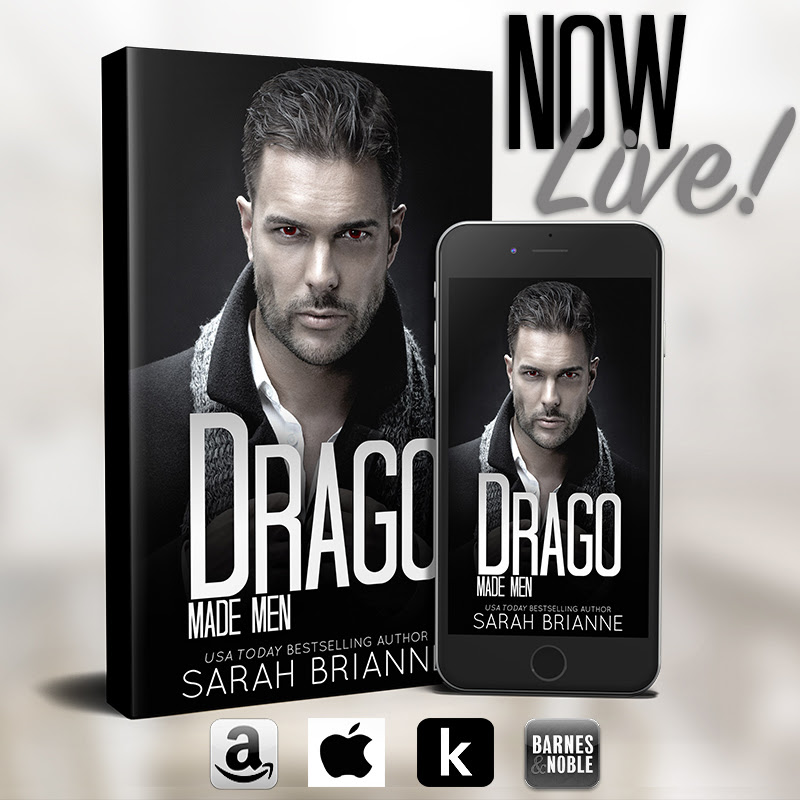 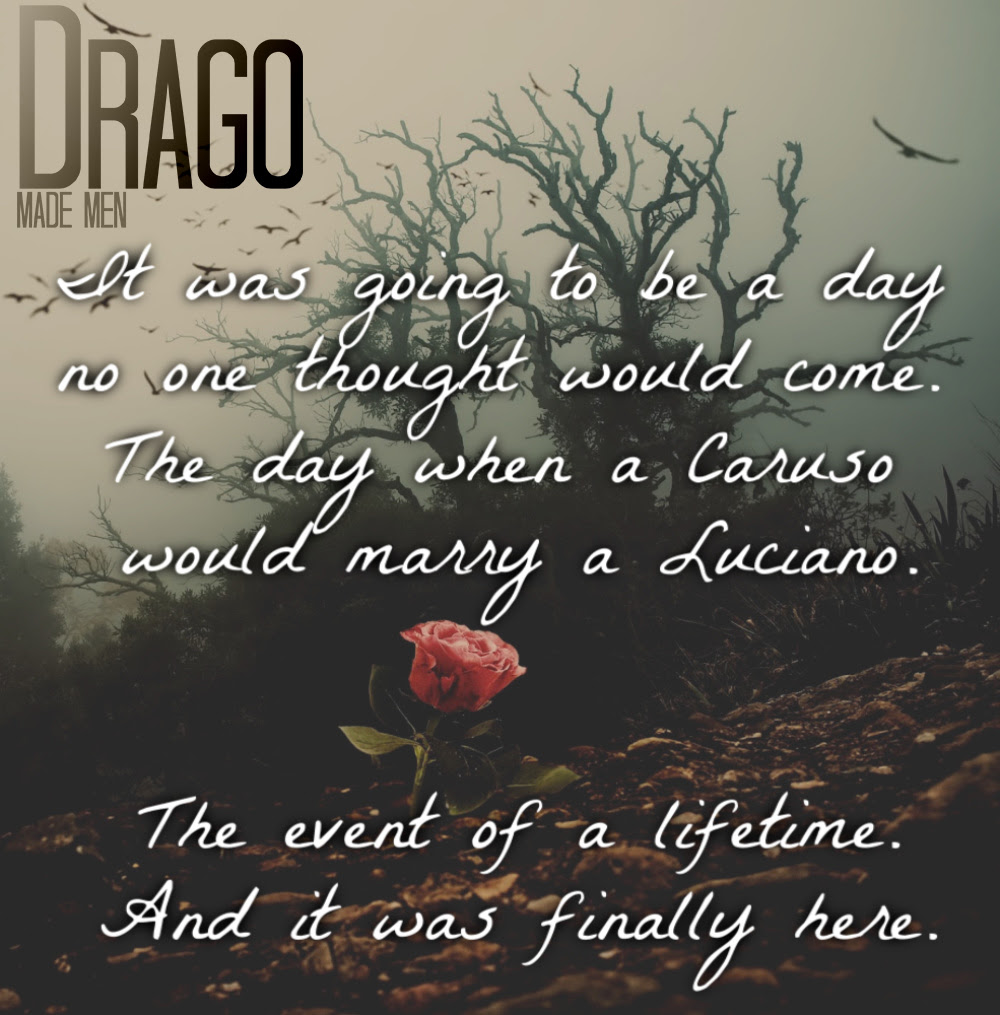 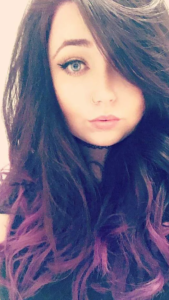 Hey! My name is Sarah Brianne and after living for twenty-two years the characters in my head told me enough was enough and I have finally put pen to paper (or is it finger to keyboard?) to tell their stories. Since I was a little girl I have watched every chick flick I could get my hands on, then when I became older I discovered a whole new world of romance novels. To me there is nothing better then a tale of true love and those are the stories that have inspired me to write. Like everything else in my life I have put my own spin on two lovers destined to be together.