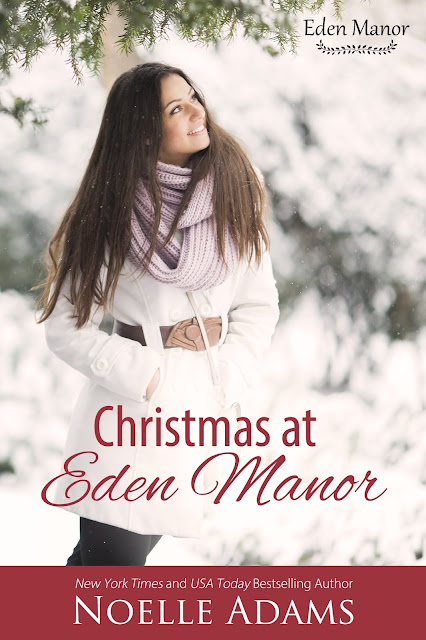 Blurb
Brie Graves might be jobless, living with her brother, and recovering from a painful break-up, but she's determined to enjoy the holidays. Until the end of the year, she's going to do anything she wants to do, no matter how crazy it might be. Soon, she discovers exactly what she wants--to spend a week with a fascinating, sophisticated stranger. It doesn't matter that she only knows his first name or that he's more than twenty years older than her. After this one week, she'll never see him again.

Cyrus Damon has spent his life making money and holding himself to impossibly high standards. Pressured into taking a vacation in Savannah, he's alone and at loose ends, so he lets himself do something he never would have considered otherwise. He gives in to his attraction to a beautiful, free-spirited, and much-too-young woman. But, after the week is over, he'll once more be the man he's always been, left with nothing but the memory of a woman who made him happier than he's ever been.

He has no idea that when he visits his nephew in a charming bed and breakfast called Eden Manor, he'll find the woman he thought he'd left for good.

Christmas at Eden Manor is a short holiday romance with an old-fashioned hero in his fifties and a lot of swoony romance. It concludes a sequence of three series (Heirs of Damon, Beaufort Brides, and Eden Manor), but it can easily be read as a standalone. 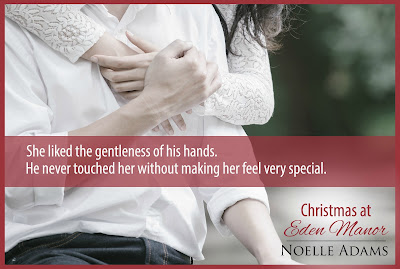 Excerpt
Had he been thinking more clearly, Cyrus would have noticed that there were clothes that weren’t his draped over one of the chairs in the master bedroom.

That fact hardly registered in his mind though. He was thinking about Brie, by herself outside. Waiting for him.

Probably wondering if he wanted her at all.

He would have to show her how much he did want her.

He opened the bathroom door and stepped inside, jerking to a stop when he realized there was someone in the shower.

Brie was in the shower.

The shower was large, beautifully tiled, and made so it didn’t need a shower curtain or door, so he could see her very clearly as the water poured down over her from the rainfall showerhead.

Water streamed over her bare flesh. Her arms were lifted to wring water out of her long hair, a position that lifted her firm breasts in a tantalizing way. Her fair skin looked luminous in the artificial light, broken only by the darkened tips of her nipples. Her eyes were closed, and she hadn’t yet seen him.

The fact that she was unaware of his presence made the sight even more alluring. She was completely unselfconscious, her motion not intended to be seductive as she pulled the water out of her hair, causing her breasts to bounce a little.

Cyrus grew hard as he stood watching, so quickly it actually hurt. He’d never seen anyone—anything—that he wanted with such an intense, visceral hunger.

His eyes raked over her dripping, naked flesh, devouring the sight of her lush breasts, smooth belly, and rosy, erect nipples. His eyes returned to her face and saw the moment she recognized his presence.

“God!” she gasped, covering herself with one arm in an automatic gesture of defense.

His mind finally caught up, and he turned on his heel quickly, showing her his back. “I’m sorry. I’m sorry. Gordon said you were outside.”

“I was. It’s fine,” Brie said, her voice strangely hoarse. “You just startled me. I was outside—Gordon said I could use the hot tub. But then I wanted to take a shower, and I thought it would be okay since you were still working. I’m sorry—”

“Don’t be sorry. It’s not your fault. I’m sorry to just walk in like that.” He wasn’t really sorry. He couldn’t stop visualizing Brie’s gorgeous dripping body behind him, and his body was responding to that luscious vision.

“Is everything all right with work?” she asked. He heard the shower water turn off.

“Yes. It is now. It was an emergency. I apologize for leaving you alone so long.”

“You don’t have to apologize. But you took care of everything?”

“And there’s nothing to worry about now?”

“Good. So you can turn around, Cyrus,” Brie said in a different tone.

“It’s probably not a good idea.” 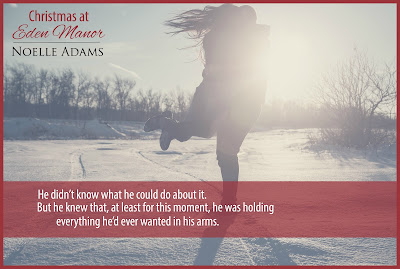 Author Bio
Noelle handwrote her first romance novel in a spiral-bound notebook when she was twelve, and she hasn’t stopped writing since. She has lived in eight different states and currently resides in Virginia, where she reads any book she can get her hands on and offers tribute to a very spoiled cocker spaniel.

She loves travel, art, history, and ice cream. After spending far too many years of her life in graduate school, she has decided to reorient her priorities and focus on writing contemporary romances.
Author Links