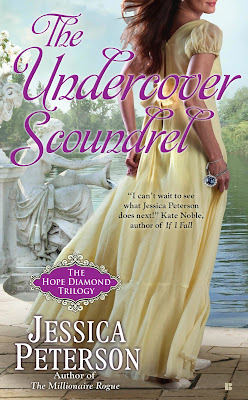 The author of The Millionaire Rogue returns to her dazzling series about a bygone era filled with romance, espionage, and one dangerously seductive diamond…

Mr. Henry Lake spent the past twelve years uncovering the most scandalous secrets of Europe’s wealthy and powerful, serving as one of His Majesty’s most decorated spies. But when a mission to find the legendary French Blue diamond brings him back to London, and face to face with a beautiful noblewoman he once loved, it’s his own hidden passions that are uncovered…

Lady Caroline, dowager Duchess of Berry, knows better than to lose her head over a man. After an embarrassing romantic entanglement forced her into a loveless marriage and early widowhood, she learned to never trust in desire, especially when it comes to the man who once broke her heart. Only, despite her good sense, she finds Henry impossible to resist—even when he once again places her in deathly danger…

And in the space of a single heartbeat, she was lost in the tenderness, and the heat, of Henry’s kiss as his mouth moved to cover her own.

She’d sensed his rising desire all evening: across the drawing room, and at the table during dinner. He vibrated with it, his eye darkening in a strangely familiar way that made Caroline’s belly turn inside out.

She recognized his longing in her own. Ever since they’d planted the peonies together in the garden, she hadn’t stopped thinking about him, and how hard they had laughed. She hadn’t had that much fun in an age; really, since she’d climbed through the window of his bedchamber back in Oxfordshire after she’d married him in secret.

There were no more diverting things in England than climbing through windows and secret weddings, after all. Oh, and manure fights.

Caroline had fought the rising tide of her desire for Henry. She’d tried reading, and walking, and replanting half her brother’s garden; but even days spent in the sun, her hands thrust up to her wrists in dirt, couldn’t keep her from thinking about his half smile, the pale skin of his wrist.

She hated him for making her feel like this.

She hated herself for allowing him to. She’d been so careful to avoid moments like these, men like him.

And yet the shiver that darted up her spine when he brushed his knuckle across her cheek was impossible to ignore. The memory of his touch was its own kind of sweetness; but the reality of it was overwhelming, a different sort of sweetness, poignant, unbelievably lovely because it was happening here, now; and neither of them could take it back.

His mouth was warm and soft against her own, possessive. His fingers were moving in her hair, trailing ribbons of fire along her scalp. He kissed her slowly, carefully, as if they weren’t standing in her brother’s front hall, stealing a caress; as if they had all the time in the world.

Caroline tasted the salt of her tears on his lips. His scent, the lemons and the spice, filled her head.

Heat bolted through her, pooling between her legs. Henry’s lips pressed and asked and answered, moving from one corner of her mouth to the other. Both his hands were on her face now, angling her head so that he might kiss her more deeply. His palms felt rough, calloused against her skin.

Where have you been? she wondered. Why did you leave?

And why do I feel this way about you after what you did to me, how stupid you made me feel?

But Caroline knew he wouldn’t answer her questions. She would probably never have the truth.

She did, however, have this kiss. And she couldn’t have given that up if she wanted to.


Jessica Peterson Bio:
Jessica Peterson began reading romance to escape the decidedly unromantic awkwardness of her teenage years. Having found solace in the likes of Rhett Butler and Mr. Darcy, it wasn’t long before she began creating tall, dark, and handsome heroes of her own.

A graduate of Duke University, Jessica worked at an investment bank before leaving to pursue her writerly dreams. She lives with her husband, the tall, dark, and handsome Mr. Peterson, in Charlotte, North Carolina. 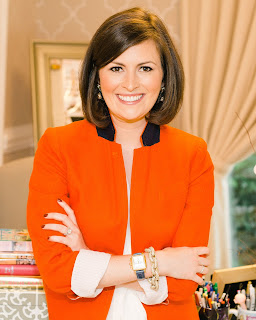