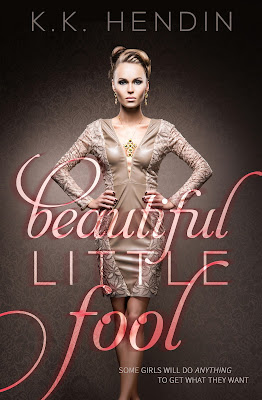 It was raining when they lowered the casket into the freshly dug plot of ground. Cedar cried softly into her handkerchief, making sure her mascara didn’t run. The gravestone was already in place, since Harold had ordered it when he got his first diagnosis, and the image of the ten men on Harold’s board lowering his body into the open grave, with Cedar standing alone crying a few feet back would be the one splashed on every cover of every newspaper, magazine, and website for the next week.

“Saying Goodbye to a Legend”, read one headline.

Cedar was fawned over in every article. Flowers began to pour into the Gallery from all corners of the country, and Cedar’s staff spent all week redistributing them to different hospitals, nursing homes, and homeless shelters.

The reading of the will wasn’t going to be for another two days, and Cedar was going to lose her shit if she didn’t figure out what was in the will sooner than that. Fucking Morris was a waste of time, he wouldn’t reveal anything.

Which was why Harold hired him, but that wasn’t any help for Cedar.

Nobody knew. Nobody, although a lot of people thought they did. The media did nothing the week of Harold Feingold’s death but talk about him, Cedar, and speculate exactly who was in the will, and what they would inherit.

“Of course it matters who inherits,” Cedar was quoted as saying. “Harold had an incredible amount of businesses that need the right person to make sure they keep running and keep hundreds of New Yorkers employed.”

Did she care that it wasn’t going to be her that inherited it all? They asked. Rather rudely.

She had smiled, and told them that she had more than enough to do as it was, running the Gallery and bringing only the newest and freshest artists to the New York art scene. She didn’t have time for any sort of real estate business or such. If she did inherit? She’d make it work.

She was Cedar Reynolds, the magazines gushed. She could make anything work.

Twenty four hours before the reading of the will, and Cedar was biting heads off her staff left and right. Cecil sent out a mass text to all the staff members at the Gallery, telling them that the next shipment of flowers were to be sent to St. Mary’s, but only if the flowers were red. Subtext? Stay out of Cedar’s way. It was code red emergency, and nobody wanted to be caught in that.

The last time someone did, they were escorted out by security, and last the staff at the Gallery heard, they were still looking for a job. A year and a half later.

Cedar pressed five on her speed dial and listened to the phone ring until it went to voicemail.

Why the fuck wasn’t Morris picking up his fucking phone? Cedar resisted the urge to throw her phone through the window. Maybe it was an emergency. She’d called him twice already today, and had a perfectly legitimate excuse for both of those phone calls. Just because Harold was dead it didn’t mean that he could just ignore her like that. The fucking nerve.

She fumed, and put her phone very carefully back on her desk. If he wasn’t going to pick up, well then, she would deal with things her way. And tomorrow, she would be at the reading of the goddamn will, or she was going to break into his office and read the damn will herself.

Tentative knock on the door. Cedar gritted her teeth, and then relaxed. Fucking up your teeth because you were upset wasn’t worth it. “Yes?”

“It’s Cecil. Whitney called about her new piece, and wanted to know when she should ship it in.”

“When she should ship it in?” Cedar snapped. “Did you approve of it?”

Cecil looked horrified. “Of course not.”

“I didn’t think you did. I trained you much better than that.” Cedar shook her head and turned to her computer. “She’s going to have to be dealt with, that one. Fine, her last pieces sold well, but she is nowhere near a place where she can assume—assume!—that she could just send something in without me okaying it first.”

Cecil waited quietly. It was never worth it to interrupt Cedar when she was like this.

“Email her and tell her that she needs to follow protocol that she agreed to when she signed the contract, and send us pictures along with a detailed description. And that if she tried to be presumptuous like that, it would take us a bit longer to consider her new piece of work.”

“Would you like a cup of coffee?” Cecil asked, hesitant.

“No, but I would like a bottle of green juice.”

“Yes. And schedule an appointment for a massage for me at five, please.”

“There shouldn’t be a problem,” Cedar muttered as Cecil scurried away. This fucking will was driving her crazy. Why couldn’t he have just said something before he decided to up and die? How could she plan if she didn’t know what was going to happen?

She reached up and gently massaged her temples. By tomorrow evening, this would all be behind her.

Now, if she could just get through the next couple of fucking hours without killing someone. She was wearing silk. There was no way she’d be able to get blood off of this outfit. 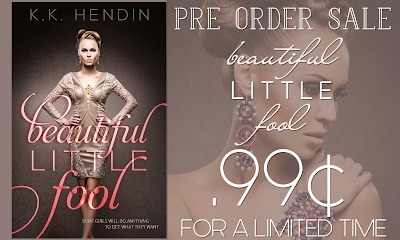 You can join KK's "Beautiful Little Street Team" now and immediately read chapter 1 from the book. Plus, there are contests and giveaways each week! Join, chat with us, and get an inside look at Beautiful Little Fool!

GIVEAWAY:
Enter to win a NYC Alex and Ani bracelet, a signed copy of BEAUTIFUL LITTLE FOOL, and a NY Coffee Mug. US Only. 2 additional winners will receive a backlist title by KK Hendin.

AUTHOR INFORMATION:
KK Hendin's Bio:
KK Hendin’s real life ambition is to become a pink fluffy unicorn who dances with rainbows. But the schooling for that is all sorts of complicated, so until that gets sorted out, she’ll just write. Preferably things with angst and love. And things that require chocolate. She’s the author of the NA contemporaries HEART BREATHS and ONLY THE GOOD DIE YOUNG.
THIS MUCH SPACE is the second book in her new series, TWELVE BEATS IN A BAR.
KK spends way too much time on Twitter (where she can be found as @kkhendin), and rambles on occasion over at www.kkhendinwrites.blogspot.com.
AUTHOR LINKS: