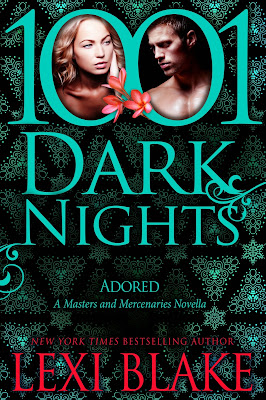 I won’t stop this time. I won’t play the gentleman again,” he whispered before his mouth descended on hers.

His lips found hers and he was ravenous. He slanted over her mouth again and again, dominating and taking what he wanted. His tongue surged in and she could feel that slow slide in her womb.

Just like that she was wet and ready. Her body felt malleable, as though it knew this man was the one who could mold her and bring her to fruition. Every inch of her body felt primed. Her nipples rasped against the fabric of her bra, her breasts heavy and wanting. Her clothes were suddenly too tight and she wanted nothing more than to throw them off. She didn’t need clothes around him.

A sudden vision of what it would be like now that Mitch was finally claiming her stamped itself in her brain. She could hear him commanding her to be naked when they were alone. She would curl up at his feet as they relaxed. It would be the two of them and they wouldn’t have to argue. They would be together.

His hands found her backside, squeezing. A low groan ground out of his mouth as he explored her. She could feel herself softening, offering herself up for his slow exploration. This was the man who would finally teach her what all the fuss was about.

Mitch pushed her to be better than she was, to think more clearly about points of law and to challenge herself to greater heights. She’d always known it would be the same in the bedroom. She’d had lovers before, but sex had been something to do, a way to show affection. Sex with Mitch was a force of freaking nature.

He pressed her against the door. His mouth was a marauder, plunging in and taking what he wanted. His hands gripped her hips and suddenly she felt her feet leave the ground. Mitch had a good half a foot on her, but it didn’t seem to matter. He simply lifted her to where he wanted her to be.