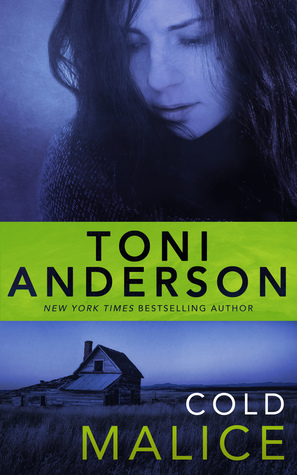 ASAC Steve (Mac) McKenzie is out to prove himself by leading a task force investigating a series of murders in the heart of Washington, DC. His undercover work in an antigovernment compound twenty years earlier is related—as is the sweet, innocent girl he befriended back then. Now that girl is a beautiful woman, and she has something to hide.

Tess Fallon spent a lifetime trying to outrun her family’s brand of bigotry, but someone is threatening her anonymity by using the anniversary of her father’s death to carry out evil crimes and she’s terrified her younger brother is involved. She sets out to find the truth and comes face-to-face with a man she once idolized, a man she thought long dead. As the crimes escalate it becomes obvious the killer has an agenda, and Tess and Mac are running out of time to stop him.

Will the perpetrator use a decades-old dream of revolution to attack the federal government? And will the fact that Tess and Mac have fallen hard for each other give a cold-hearted killer the power to destroy them both?\

Theresa Jane Hines and her brother Bobby through a whispered word from a cowboy at the compound, escape a raid by the government and flee. They are now known as Tess and Cole. After being raised by a white supremacist extremist, Tess wants to build a safe and secure life for her and her brother.

Now, 20 years later, someone is bringing fire and brimstone back and Tess is once again sucked into this dangerous world as killings have once again sprung to the forefront.

Steve McKenzie (Mac) is now an FBI Agent. He was the new recruit at the compound that was instrumental in helping to take down the white supremacist group. Tess assumed Mac, then Kenny, was killed at the raid and is shocked to find out he was an undercover agent and not one of the cowboys that make her knees go weak.

Now Tess and Mac are working together and they are combustible.

Another wonderful romantic suspense book in the series by author Toni Anderson.