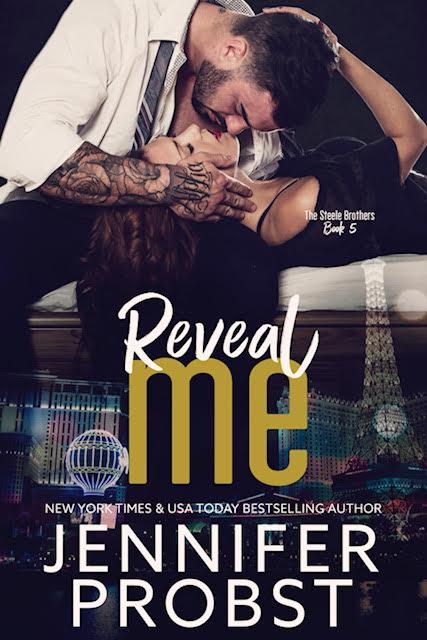 REVEAL ME by Jennifer Probst is LIVE! You can read it for FREE on KindleUnlimited.

Grab it on Amazon: http://bit.ly/RevealMeAMZ

A Special Crossover Release with Laura Kaye’s Theirs to Take.
A New Book in Blasphemy Series:
Two Hot Fantasies. One Night at Blasphemy.

What’s your secret desire for one perfect night?
Welcome to the mysterious FANTA-C agency where everything, and anything goes…

One Masquerade Ball.
One Chance to Reveal Secret Desires.
One Fiery Encounter.
One Shot at Love.
Are you ready to reveal all?
A Man Who Knows What He Wants…
Leonardo Sinclair never expects to fall for the fierce yet vulnerable woman he meets at his friend’s masquerade party, or for her to disappear without a trace. When his cousins sign him up with the mysterious FANTA-C agency and he finds her back in his bed, this time Leo’s not about to let her go. But can he convince her she’s safe to reveal every hidden part of her soul before he loses her again?
A Woman Ready to Explore her Desires…
Scarlett Rose has never been tempted to explore her wilder side, but after years of being humiliated and emotionally abused by her ex, she’s finally ready to embrace her true self. Safely hidden behind a mask, she attends a ball held in the famous Blasphemy club and meets a man who not only embraces, but demands her complete surrender. Once the mask is stripped away, will she be brave enough to trust him? Or will fear of reliving the past keep her from a whole new future? 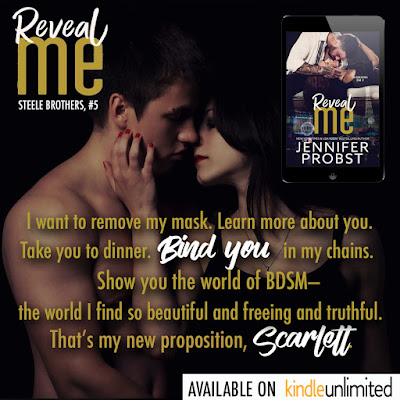 
Leo moved in front of her, and she focused on his shiny black shoes.

His voice was like gravel mixed with sand—rough, gritty, earthy. She fought a shiver and stared back at him.

“I have an important question.”

“Did you look up at any time during our walk here?”

Crap. She blinked, taking a moment to sift through her options. Then fell back on truth. “Yes, Sir.”

Had his lip twitched slightly or was it her imagination? “Why?”

Her cheeks warmed. “Because I was staring at your ass.”

This time, she caught the curl of his lower lip. “Such a bad girl for disobeying,” he clucked, reaching out to tug her long hair, moving his fingers through the thick strands, rearranging them over her breasts. “Such a good girl for telling me the truth.” Still stroking, he let his hands coast over her straining nipples, brushing lightly against the satin fabric so the delicious sensation streamed through her blood, turning to liquid heat. She tried to keep still, but the teasing rhythm continued until her body arched for more. He murmured under his breath, then those gentle fingers grasped her nipple and twisted. The sudden bite of pain hit, then shimmered into a strange aching pleasure, wringing out a gasp. His voice held a dark satisfaction. “I’ll decide whether to punish or reward you in a bit. For now, take off your clothes.”

BIO:
Jennifer Probst wrote her first book at twelve years old. She bound it in a folder, read it to her classmates, and hasn’t stopped writing since. She took a short hiatus to get married, get pregnant, buy a house, get pregnant again, pursue a master’s in English Literature, and rescue two shelter dogs. Now she is writing again.