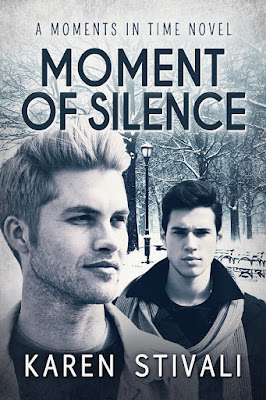 Growing up, Jason Stern led a charmed life complete with devoted sisters, a father who was one of Brooklyn’s most respected rabbis, and a mother who made the world's best babka. He headed to NYU ready for anything—except falling for the wrong guy, coming out, and getting disowned by his once-loving family. In spite of that, Jason managed to graduate with honors. He's got friends who treat him like family, and he's proudly running the largest LGBTQ teen shelter in Manhattan. Life is good, but he's still falling for the wrong men.

When charming, sexy Quinn Fitzpatrick begins work at the shelter, Jason falls hard and fast. Quinn is tall, blond, funny—damn near perfect. Only if Quinn’s gay, even he doesn't seem to know it. If he does, he's not telling anyone. And he's about one ceremony away from becoming a Catholic priest.

Long hours of work turn to long nights of talking and laughter, and Jason dares to hope this time he's falling for the right guy. But Quinn's got a past to deal with and major decisions to make about his future. When Quinn leaves for a silent retreat, Jason knows the silence may change everything.

I had no idea how long my heart could continue beating at the fever pitch it had reached. I wasn’t sure I wanted to know either.

All I wanted was for Quinn to keep talking.

That’s a lie. All I really wanted was for Quinn to kiss me again. He’s been thinking about guys that way since he was a kid. It wasn’t just tonight.

My hands ached to touch him, but I didn’t dare. I did scoot closer. He stayed so still. Like he was afraid to do anything. “So tonight, when you kissed me….”

“I’ve been wanting to do that for weeks. I just didn’t have the nerve. I was afraid… of everything.”

I inched even closer. His breathing sped up. I reached up and put my hand on his shoulder, letting my fingers move along the tight muscles of his neck. He’s not pulling away. Fuck it. I leaned in and pressed a soft kiss to his lips.

A strangled sigh escaped him as he kept his lips pressed to mine. It simultaneously broke my heart and lifted it up. We’re kissing.

I broke the kiss, keeping my face close, and he rested his forehead against mine. It took some effort, but I kept my hand from shaking as I continued to slowly stroke his neck. “Tell me.”

“Anything. Anything you’ve ever thought about doing.”

His heart pounded hard enough that I could feel it. I kneaded a knot in his shoulder until he exhaled in a warm rush, but there were still no words.

Leaning closer, I let my lips hover near his ear, then placed a kiss on his neck.

His head turned slowly until his eyes met mine. The normally bright hue was dark, stormy, almost eclipsed by the black expanse of his pupils.

“Tell me. I won’t judge. And we don’t have to do anything if you don’t want. I just want to know. What have you thought about trying?”

I held my breath, praying he’d answer. For once, God heard me.

Quinn shuddered, then whispered, “Everything.” 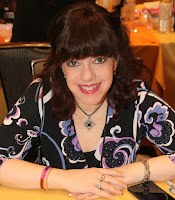